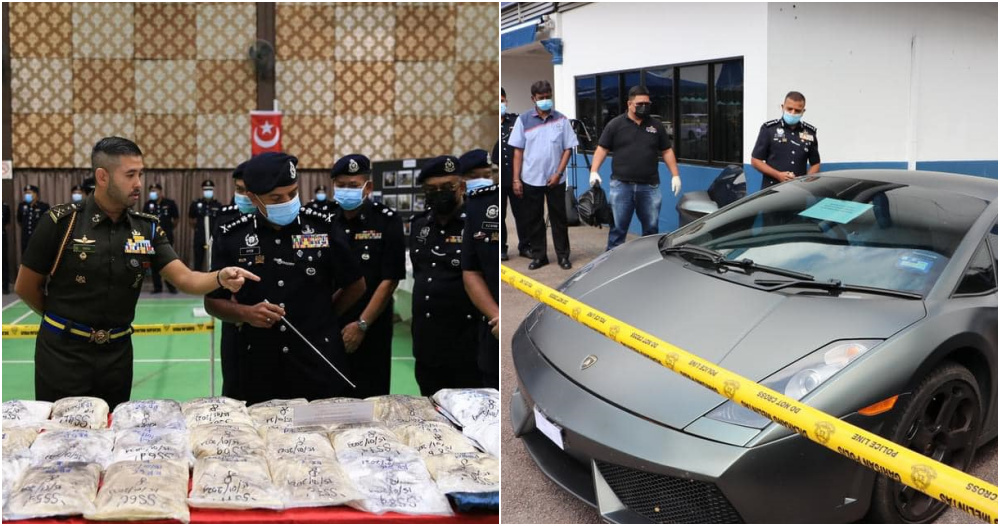 Last week on 14 and 15 January, Johor police have managed to seize the largest drug haul worth RM201 million through raids at three storage stores around the city of Johor.

According to Bernama, police chief Datuk Ayob Khan Mydin Pitchay said the haul is by far the largest in the history of the Narcotics Criminal Investigation Department (JSJN) of the Royal Malaysian Police. The investigation involved 15 suspects being arrested for drug trafficking and smuggling syndicate on 12 January.

He explained that through the raid alone, the two drug processing laboratories and two storage stores were filled with drugs worth up to RM125.9 million. 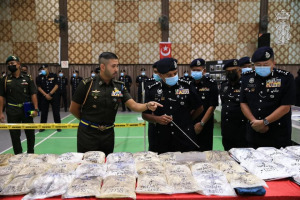 “Through the investigation with the suspect, the police managed to raid three more locations that were used as drug storage stores, namely a factory in Mount Austin Park and two rental houses in Taman Setia Indah,” he said.

“During the raid, police found 3.2 tonnes of ecstasy powder, 26.1 kilograms (kg) of liquid ecstasy and 117 kg of Erimin 5 powder which is estimated to be used by about 11 million drug addicts,” he added on.

According to Ayob Khan, police also confiscated four luxury vehicles, cash amounting to RM5 million; foreign currency amounting to RM231,961; 30 types of jewellery worth up to RM124,435; three Rolex watches worth up to RM250,000 and 62 bank accounts worth RM1.23 million in the same raid. 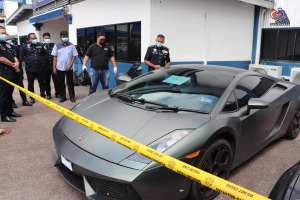 “All the drugs seized and confiscated are worth RM210.52 million,” he said, adding that two local men aged 34 and 38 were also arrested at 5.20pm on 14 January at Mount Austin Park and 2.30pm at Taman Gaya, Ulu Tiram.

Ayob Khan explained that one of the suspects was a mechanic responsible for modifying the vehicle compartment to store drugs.

“This syndicate has been operating since 2018, by renting factory and house premises to be used as drug storage and processing stores,” he added on. 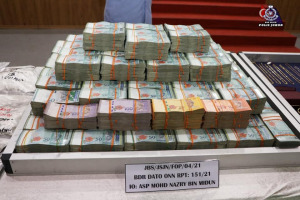 Both suspects have been remanded for seven days starting from the day of arrest for further investigation under Section 39B of the Dangerous Drugs Act 1952.

Ayob Khan explained that this latest case made the total value of the drugs seized since 12 January last year amount to RM341.79 million and therefore, his party guarantees to continue to conduct follow-up investigations to track down the remaining suspects involved.

Also Read: 71 Individuals Test Positive For Drugs After Wild Party Gets Raided in KL At 3AM 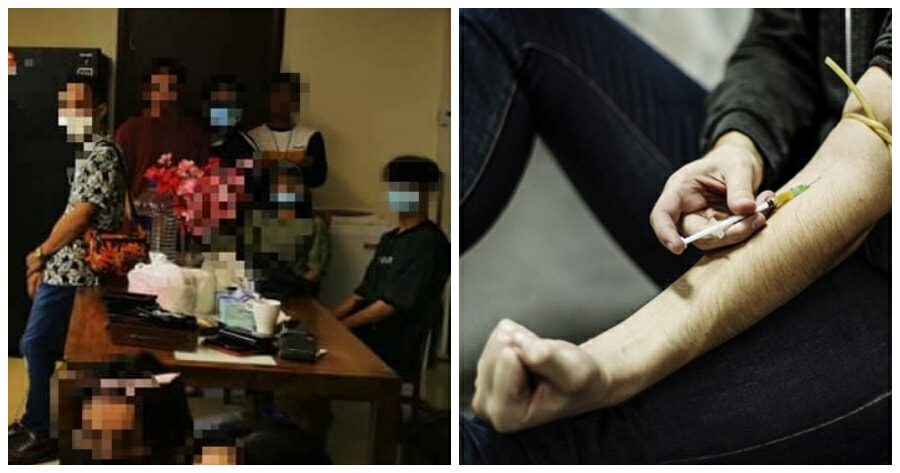