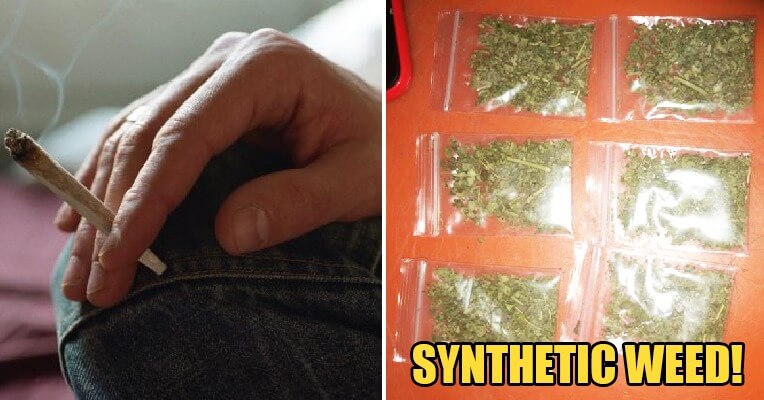 Marijuana or weed, as it is widely known has been legalised in a few countries but in Malaysia, it’s still considered illegal under the Dangerous Drugs Act 1952.

While the authorities have tried their best to stop people smuggling in illegal drugs, there are still instances where batches of it manage to go through. However, while the actual marijuana plant is said to be relatively harmless, do be careful as there are synthetic ones out there that can be really bad for your health. 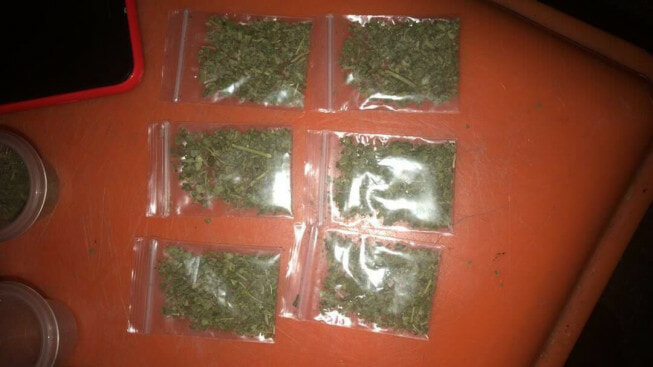 A netizen recently shared a thread on Twitter, where he said that his friend had sadly died a few days ago because he smoked some synthetic marijuana.

Apparently, it’s a “dry” season now and potheads are turning to synthetic marijuana as an alternative. This synthetic drug is already available in Malaysia. 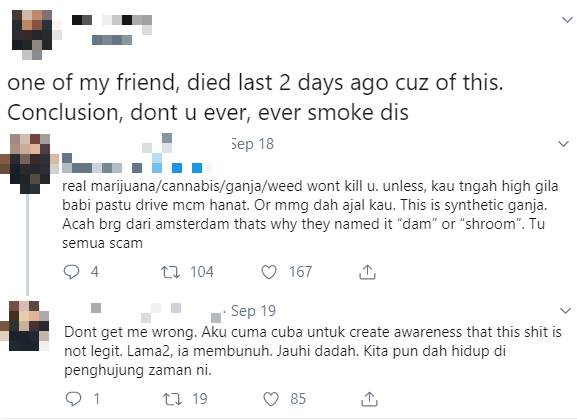 The synthetic marijuana, which is known as K2 Spice looks like actual marijuana and sometimes, unscrupulous individuals will try to pass it off as something else. One Twitter user said that these sellers would say that the synthetic drugs were actually “shrooms” or “dem” as it looks different but were actually trying to scam the buyers.

Many other netizens who saw the thread also shared their experience as they knew people who had tried synthetic marijuana before and suffered from horrible effects after that. Some of the side effects include nausea, thirst, dry mouth, mood or emotional effects, brain changes, cardiovascular harm and renal system damage. 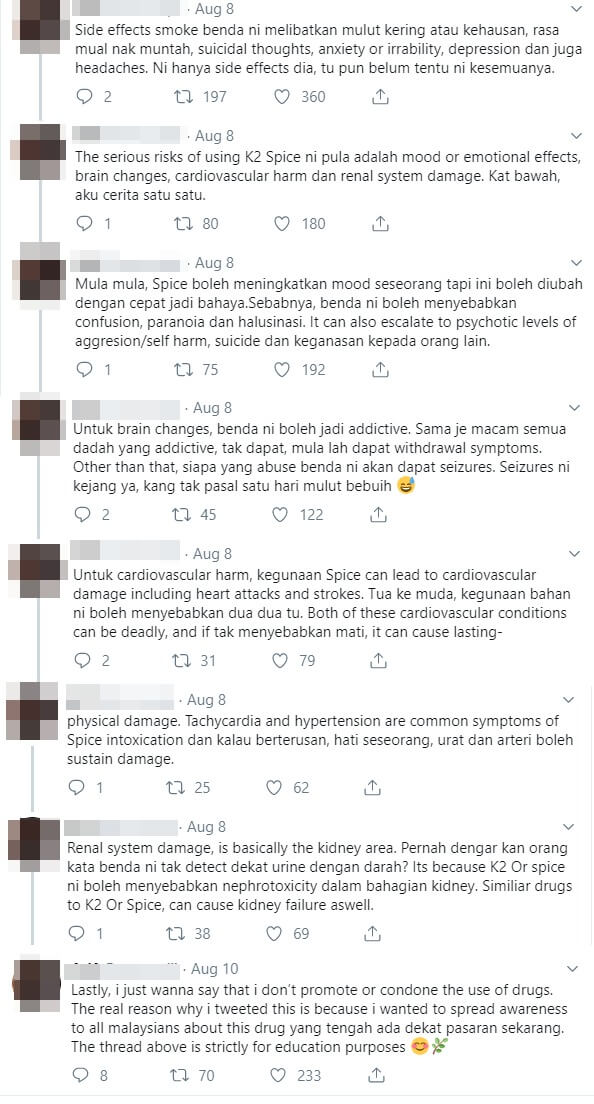 Of course, these netizens were not actually encouraging people to do drugs but sharing their knowledge for educational purposes because there will always be curious individuals who would want to try it out. So, beware of the circulation of fake marijuana as it may cost your life. 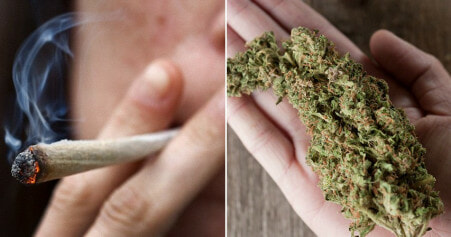