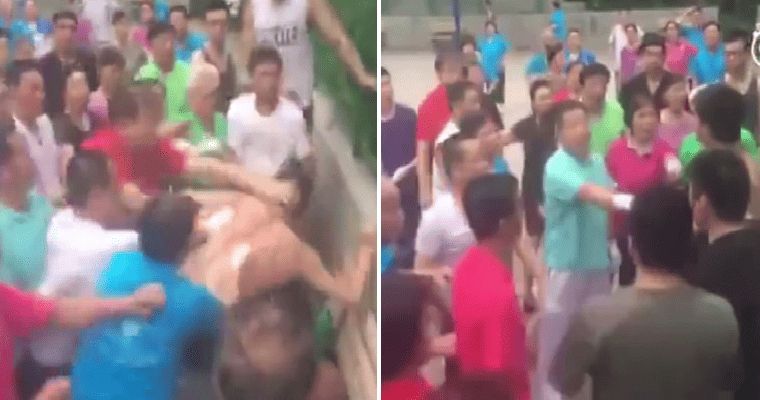 Exercising in the gym is all well and good but sometimes you just want to move around outside. That’s probably what this group of basketball players and dancing aunties had in mind but it turned out to be a bad move because the basketball court could not fit both groups at once.

According to Shanghaiist, these troops of middle-aged dancers have often been causing trouble such as disturbing the peace and even being involved in a shooting incident. On Wednesday evening at the Luoyang park, a team of basketball players can be seen occupying the court while the group of middle-aged dancers file in.

Later, it appears that the court isn’t big enough for both the groups and the situation quickly escalated into a full-blown argument. One basketball player was immediately swarmed by the elderly dancers who angrily shouted at him. Apparently, the fight has been brewing for a few days, and finally came to a head in this fracas. Okay, chill out guys! 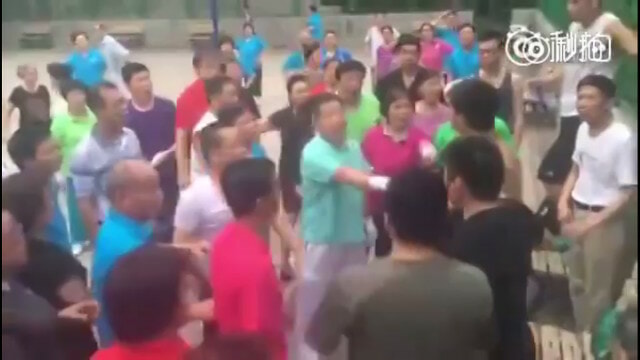 But before it could fully progress into physical blows, the police stepped in and ended the feud. And the turf war led to no one winning, as the police decided to close down the court until further notice; they even took away one of the uncles! 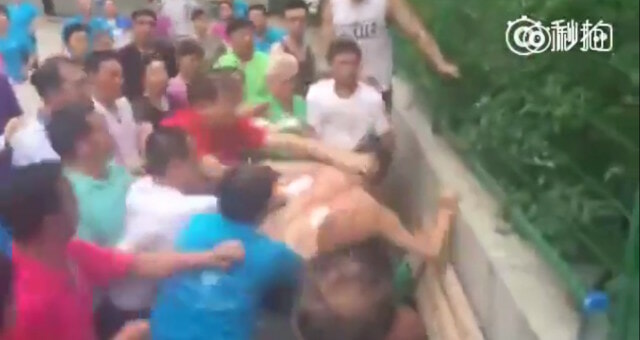 Videos of the incident were shared on Weibo, China’s main social media site, and triggered many netizens to side with the basketball players. One user said, “You can only play basketball on a basketball court. You can find somewhere else to dance.”

But perhaps one of the most epic comments was this: “These aunties are full of sh*t. When they get on the bus they act like their legs are feeble, but they spend all night dancing around.” 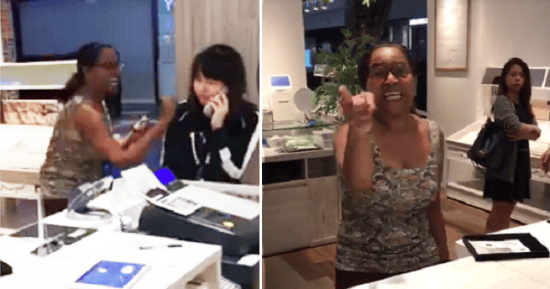