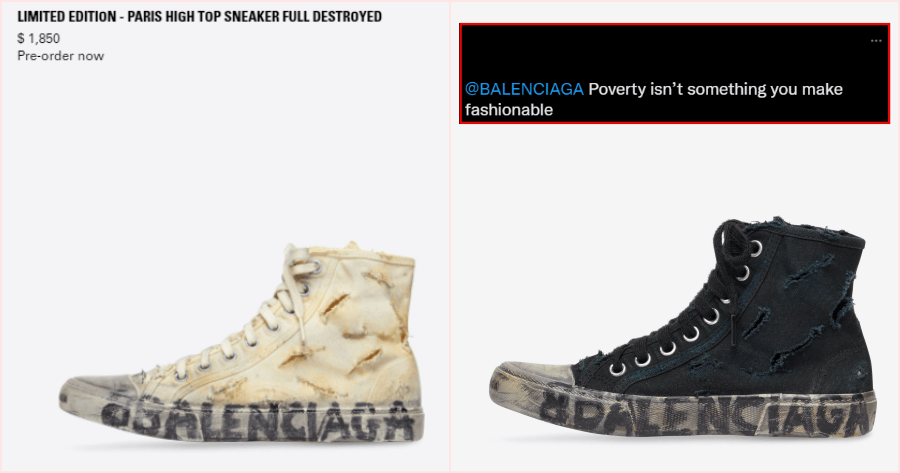 The world of fashion is constantly evolving with brands developing and releasing innovative new products to stay ahead.

However, maybe sometimes, a line needs to be drawn to ensure that innovation doesn’t just end up becoming strange. 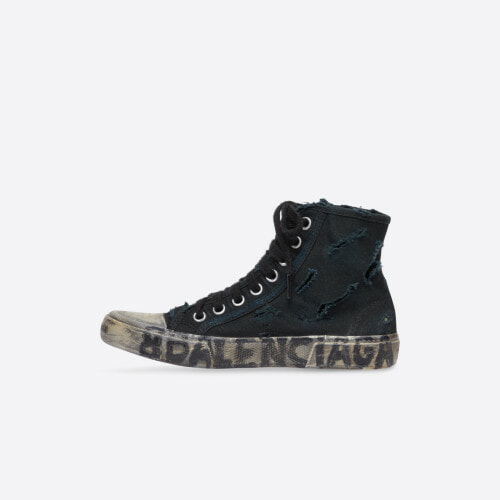 Fans can get their hands and feet on the sneakers which come in 2 colours which are black and white.

The limited-edition pair of high-top trainers have been described to be a “fully destroyed cotton and rubber” and cost US$1,850 (RM8,100).

The sneakers look completely mangled, with cuts, burns, and scratches on the sole as well as a faded ‘Balenciaga’ written at the edge of the toe. 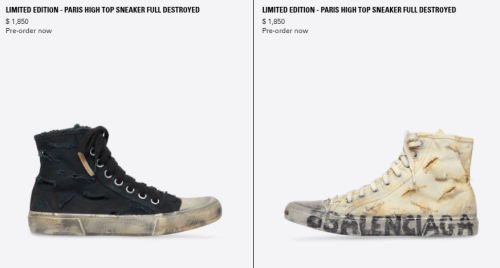 People online were simply not having it

The collection made headlines all over the world as netizens expressed their amusement and disgust at why a ‘dirty’ shoe costs way too much.

“I have to assume they are just trolling people at this point,” said a user.

Plenty of users compared the sneakers to the worn out shoes that the homeless often have as a result of poverty. 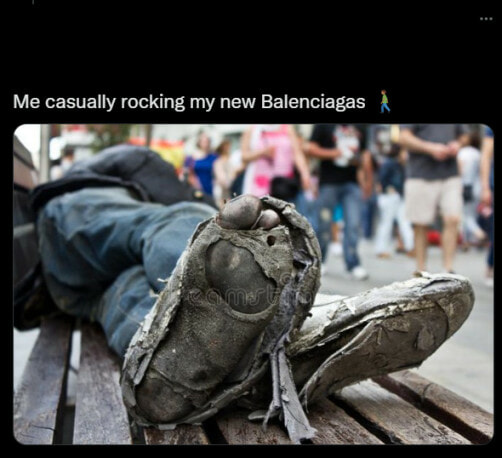 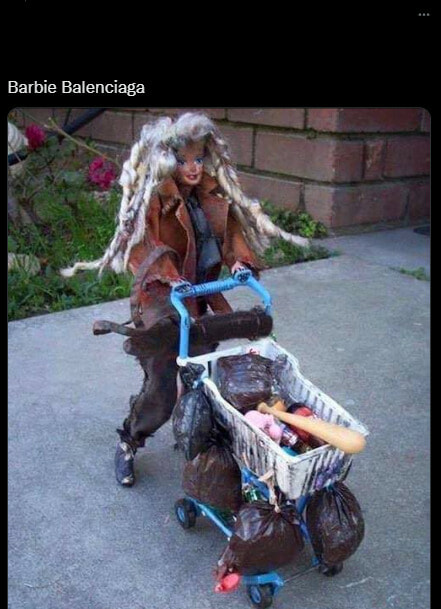 Meanwhile, plenty of users condemned the luxury fashion brand for the collection and said that the tasteless shoe line has highlighted how fashion brands often glamourise what has come to be known as the “poverty aesthetic“.

One user commented, “Balenciaga has a line of ripped up, worn out and dirty clothing called Distressed… so the obscenely wealthy can cosplay poverty“.

“Can’t figure out what kind of fashion is this? It seem they are just mocking people with this“, stated a netizen.

This is not the first time that the brand has been slammed by the public for their products.

Back in 2017, they released a bright blue shopper tote bag which look pretty similar to the shopping bags that you get at IKEA. However, Balenciaga were selling theirs for US$2,145 (RM9,402). Similar to the ‘Paris’ sneakers, Balenciaga had previously released ‘distressed’ items of clothing such as sweaters and hoodies which has holes in the chest, arms, back and bottom of it. 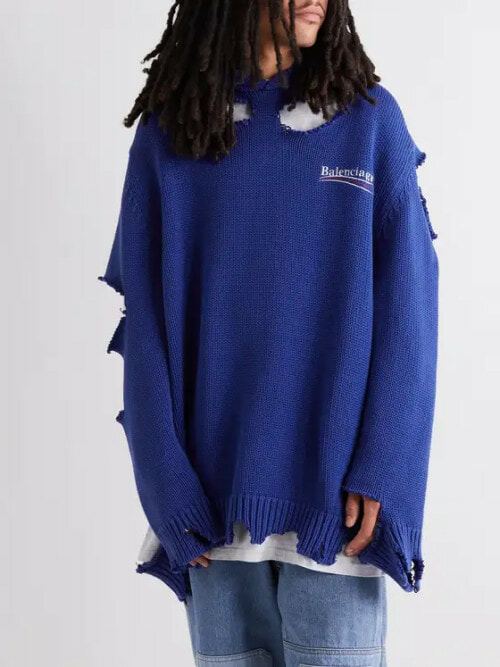 The ‘Paris’ collection drops May 16th with only 100 pairs available for purchase.

What do you think of the sneakers? Let us know in the comments. 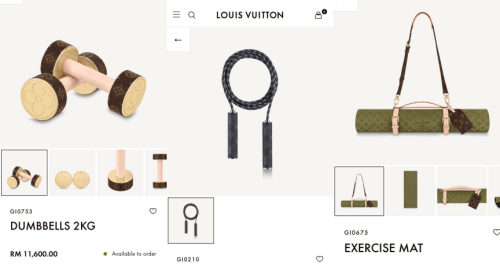