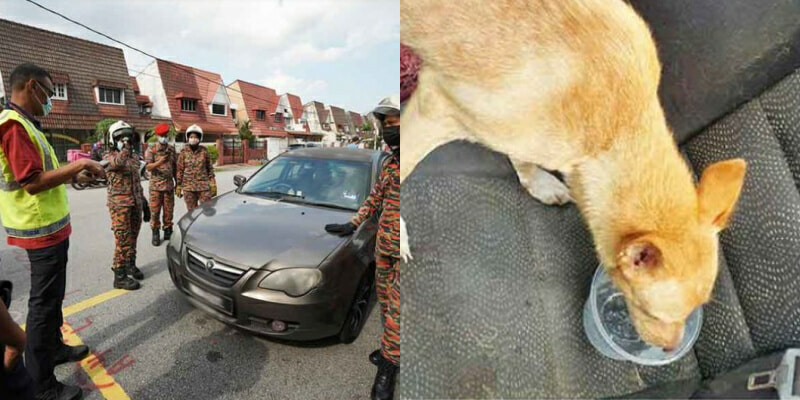 Taking place at SS15, Subang Jaya, authorities rushed to the scene to rescue a female dog and her two puppies left for almost six hours in their owner’s car.

According to SJ Echo, residents have reported the incident to the Subang Jaya Police and the Fire Rescue Department, stating that the poor animals have been there since 10am.

Arriving at the scene around 4pm, many feared for the safety of the dogs having to sit in the car without proper ventilation and the sweltering heat of almost 33 degrees Celcius. 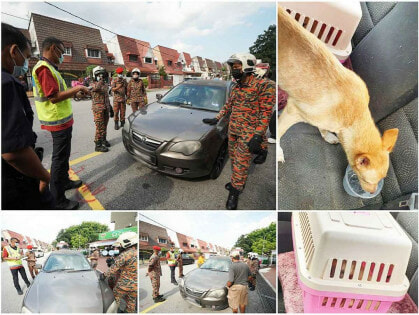 After successfully releasing the dogs, the rescuers proceeded to feed the them with much needed food and water.

The drama however did not stop there.

After locating the vehicle owner, a war of words ensued, as she scolded the rescuers for feeding her dog which she claimed to be sick.

Describing her as rude and ungrateful, one rescuer said, “Instead of being grateful for our concern, this woman shouted at us and scolded us.”

Commenting on the incident, netizens stepped up and defended the rescuers blaming the owner for negligent behaviour.

“They should charge her for intentional animal abuse. She shouldn’t have kept the dogs. She will surely harm them again in the future.”

Police at the scene took down her details and advised her not to leave her dogs in the car, under any circumstances for long periods of time. 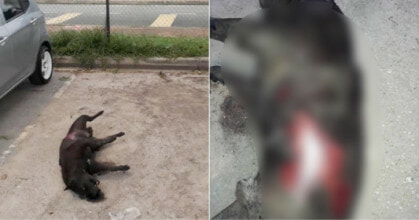