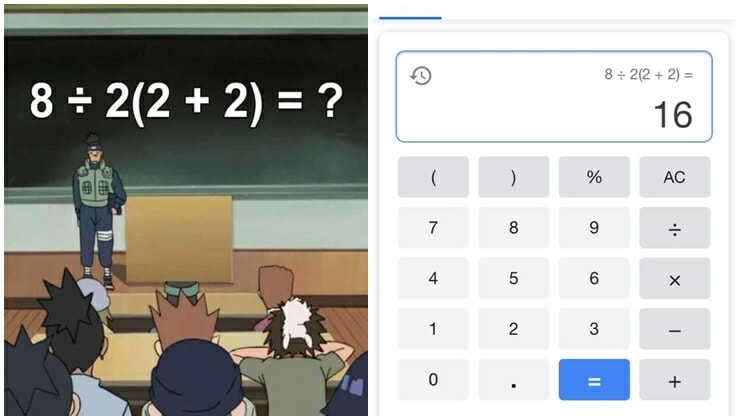 Two plus two is four, minus one that’s three, quick maths!

Sadly, Big Shaq doesn’t have the answer to every math problem. You’ve heard of how the internet broke over the black and blue (or was it white and gold?) dress. And again over the pink and white Vans. Today, we present to you social media’s latest civil war. This viral math problem has everybody choosing sides: Can you solve 8÷2(2+2)?

It all started off with a Twitter netizen sharing this photo posing the seemingly harmless question:

Now there are two ways to go about this, depending on which Math bible you take as law.

The PEMDAS method goes by the order of the equation: Parenthesis, Exponents, Multiplication, Division, Addition, Subtraction. With this method, you’ll get 16. But if you swear by your UPSR teacher’s word and were drilled into the order of the BOMDAS method, (Brackets, Order, Multiplication, Division, Addition, Subtraction) the answer is 1.

While results remain debatable, the Internet decided to do what it’s best at: launch into a completely unbridled roast WAR. Netizens went from boasting about their degrees to straight up being savage to people who had different answers.

16… this is embarrassing for some of y’all

Anything other than 1 is absolutely wrong hth

Insider approached Presh Talwalker, the author of “The Joy of Game Theory: An Introduction to Strategic Thinking,” to explain why people are getting different answers to this primary school problem.

“People who got the number 1 as the answer to this problem were using an outdated version of the order of operations, multiplying 2(4) first and then dividing 8 by 8. But plugging the equation as is into a modern calculator results in an answer of 16. You have to add another set of parentheses to get an answer of 1.” 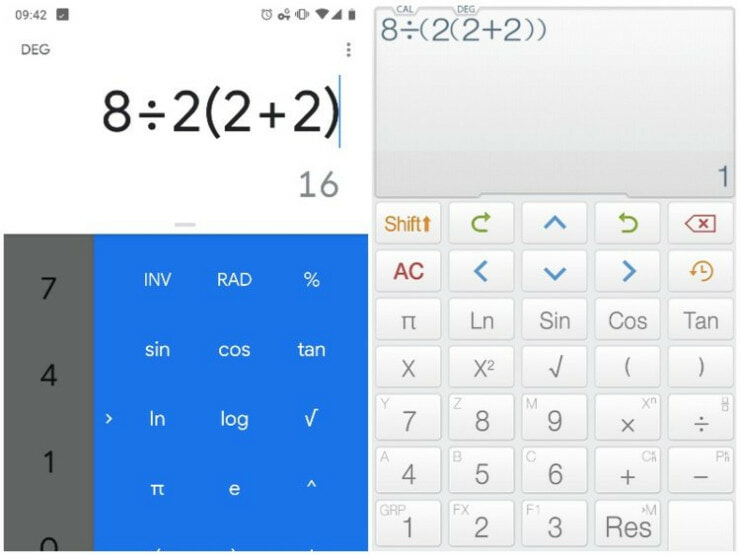 Yes we have a legit answer. But before you BODMAS followers flip the table, everybody should know that the issue was really in the question itself:

Both 1 and 16 are correct answers because the notation of the equation is incorrect. Can everyone stfu now? https://t.co/N5SFpSyewH

So there you have it. We really should be looking for the cure for cancer instead but here we are, DIVIDED over a math problem. Its TIMES like this that make us wonder: What has humanity come to? Just leave math where it belongs! In your high school textbook. 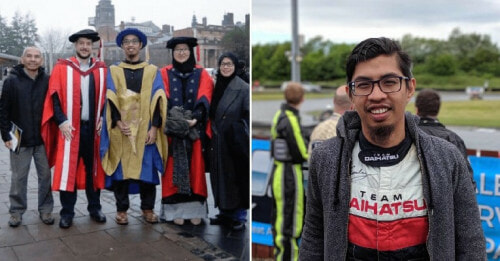