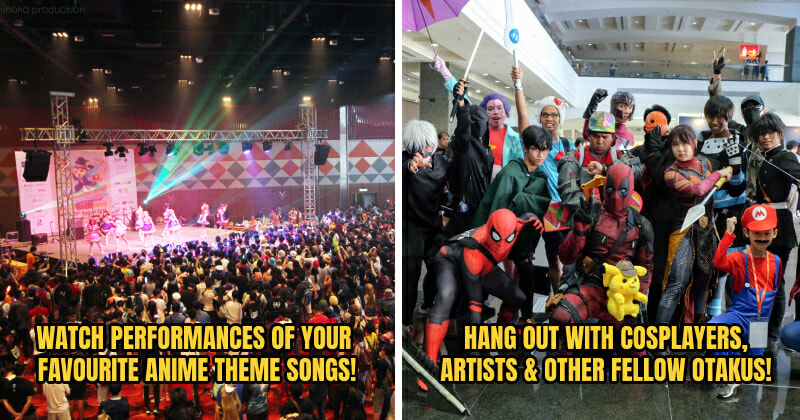 Do you fancy yourself as an otaku? Wanna mingle with awesome-looking cosplayers and hang out with other like-minded pop culture enthusiasts? Then do we have great news for you!

Calling all Malaysian otakus! AniManGaki, Malaysia’s long-awaited premier ACG convention is back for 2022!

After laying dormant for two whole years, AniManGaki is finally making its long-awaited comeback this 27th and 28th August 2022 at Mines International Exhibition & Convention Centre (MIECC)! What is AniManGaki, you ask? Why, it’s only the coolest annual Anime, Comics and Games (ACG) event in Malaysia!

From kick-butt cosplays to the best merchandise deals for your favourite anime and comics, there’s so much exciting stuff to check out from one of Malaysia’s largest ACG conventions! 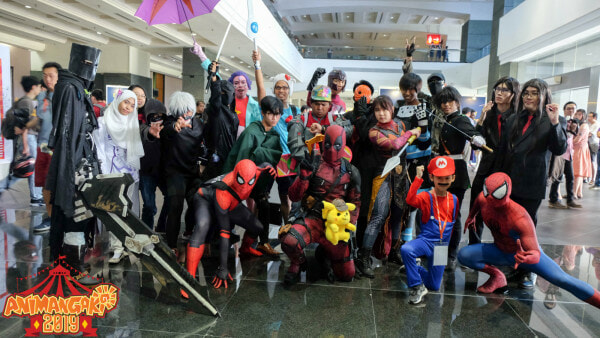 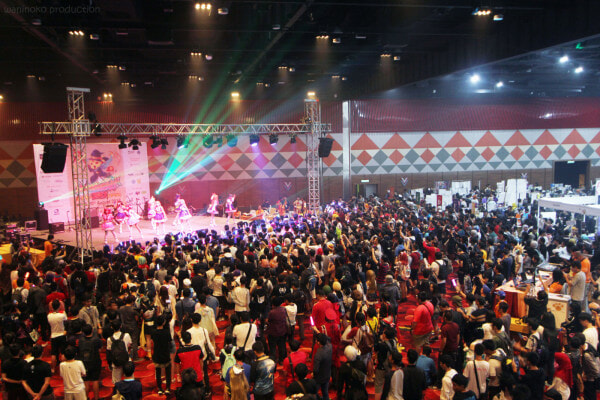 But the ACG awesomeness doesn’t just stop there; here’s a rundown of the geeky goodness you’re bound to come across at this two-day event!:

1. Tune in to performances by up-and-coming AND renowned anisong artists! 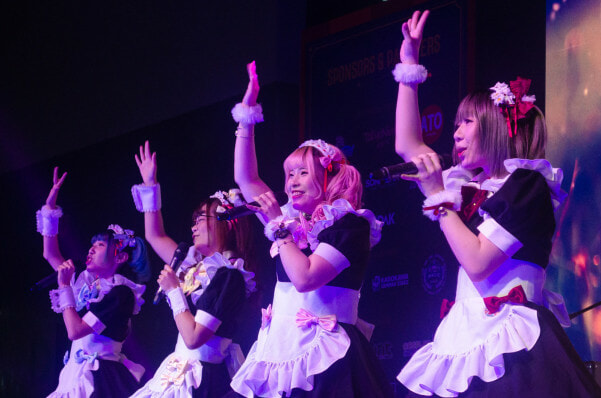 Feast your eyes and ears on up-and-coming local ACG singers with AniManGaki Idol, a one-of-a-kind singing competition where budding anisingers show off their skills in front of a judging panel and a live audience! Watch and listen in anticipation as contestants sing their way to the top in a 1v1 challenge on the very stage that has become the birthplace of many local anisong singers! And speaking of anisong singers, MindaRyn will be performing at AniManGaki this year, too! From performing covers of anime songs in her home in Thailand to debuting as an anime singer in 2020 under the Lantis record label, her music has reached millions of anime fans around the world! Make sure to catch the super talented MindaRyn in action on Day 1! 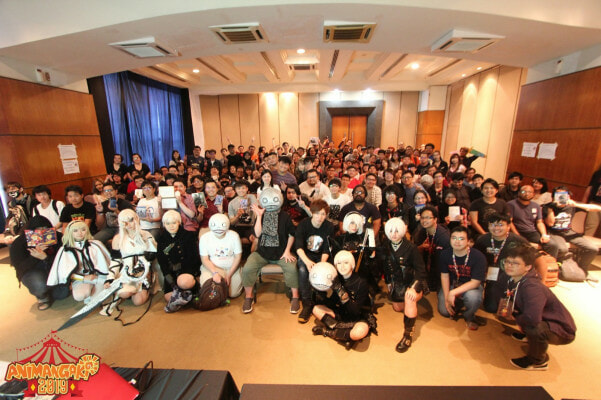 Wanna pick at the brains of some of the best artists and developers in the industry? Then join our panel talks curated by renowned local and international artists such as:

Plus, you can even join workshops where you can hone your craft in cosplay props making with creative veterans such as Mr. Kamal, Abudora and more! Want to master portrait photography instead? Then professional flash photographer Emilio Daniel has you covered there too! Just BYOC (bring your own camera)! Check out the full list of panels and workshops here!

3. Meet and greet your favourite cosplayers in the Cosplayer Alley! 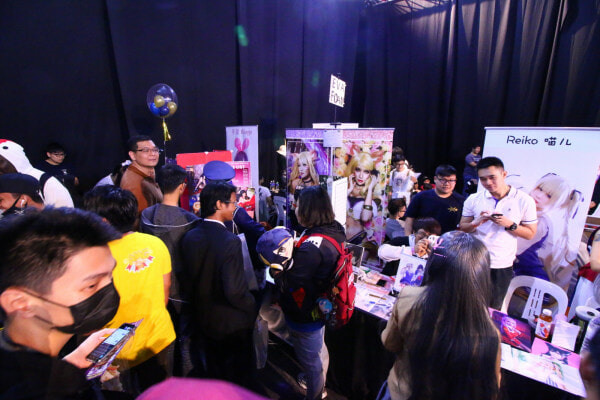 Come and see some of the best cosplayers in the local scene and abroad including Baobao, Angie, Ying Tze, Yosuke, Hikarin and MORE! Marvel at their elaborate cosplays, buy their cool merch, take a selfie with them, and maybe even show off your own cosplay to them while you’re at it too! Don’t miss this rare opportunity to say hi to your favourite cosplayers at AniManGaki 2022! 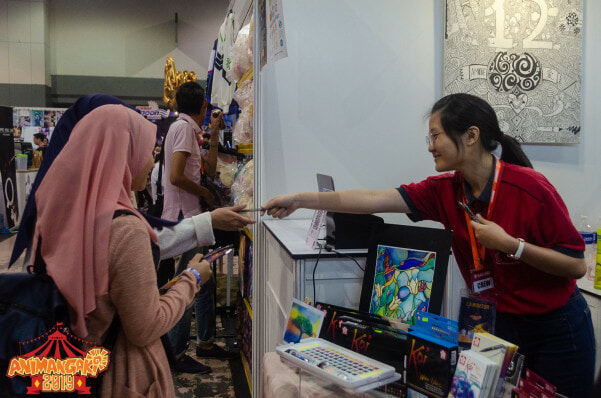 Wanna check out marvellous artwork from our local artists? Then get your fix of doujin artbooks, posters, knick-knacks and more at the Artist Alley! With 250 booths, this edition of AniManGaki features the largest Artist Alley in AniManGaki history, so you’ll be spoiled for choice as you stroll around the art merchants’ booths! So make sure your Wallet-kun is prepared for the onslaught!

Calling all goshujin-samas and ojou-samas (that’s Japanese for masters and mistresses for the uninitiated)! AniManGaki and Project:Meido have something special in store for Spy x Family fans this year! Project:Meido is holding their 8th pop-up event at AniManGaki called Waku Waku Cafe! Come visit this unique maid cafe where all the staff members will be cosplaying as the cute Anya Forger from Spy x Family! 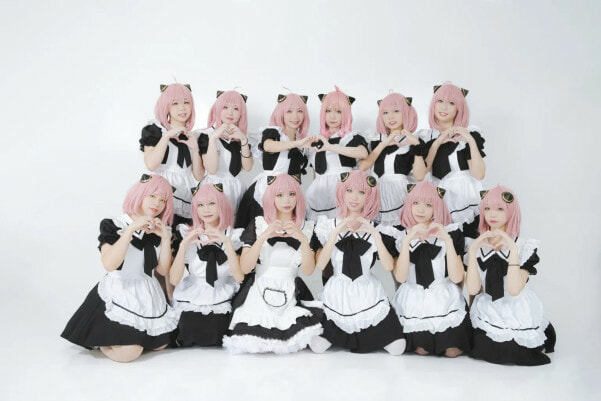 Enjoy one of their Waku Waku Kakigori shaved ice in four different flavours, served elegantly by their kawaii Meido Anya servers! You can also purchase their Elegant Pass for faster entry!

With the Elegant Pass, you get to enjoy the following extra goodies!:

6. Show off your pro gamer moves in the Fighting Game Arena and Arcade Arena! 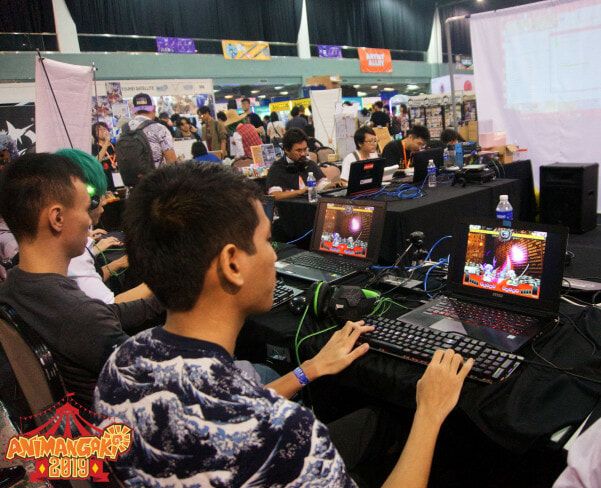 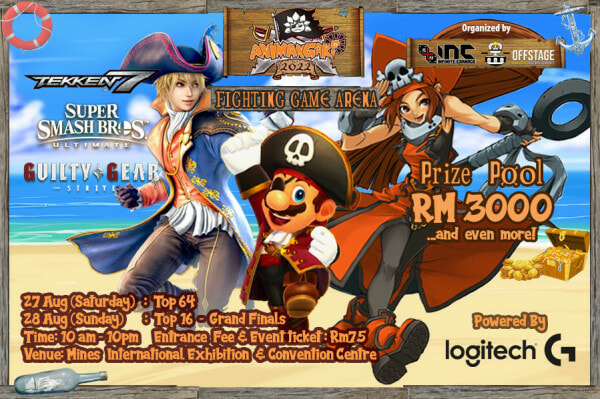 Take your pick from three main fighting game tournaments: Tekken 7, Super Smash Bros. Ultimate and Guilty Gear Strive! Battle it out with other gamers and stand a chance to win awesome prizes from their RM3,000 prize pool and MORE! Think you have what it takes to stand victorious? Then sign up here before registration closes on 25 August!

Fancy arcade games instead? Then AniManGaki’s partners from Aeon Fantasy have you covered with the on-site Arcade Arena section! Featuring arcade machines such as Pokemon Ga-Ole, Ultraman, Gashapons, and mini claw machines, this Arcade Arena has a little bit of everything for classic gamers!

“So many cool things to do! Where do I cop tickets?”

Senang je! You can get a 1-day pass from their counter on one of the event days!

Dread long lines and/or FOMO on event programmes? Then just snag your 2-day pass earlier through their website here! 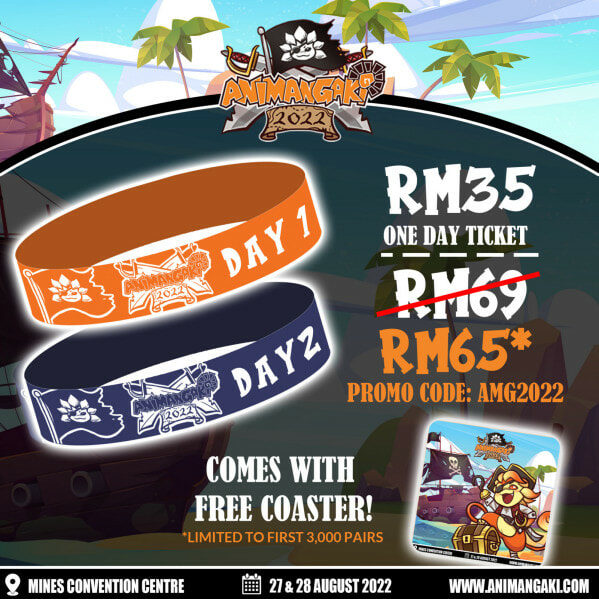 Once you’ve made your online purchase, you can choose to collect your tickets from one of these locations:

If you opt for buying the RM69 2-day pass online, here are some of the perks you’ll be able to enjoy!:

Wanna know how 2-day ticket holders can join the Grand Lucky Draw? Just fill in your details on your lucky draw ticket then drop it into their shiny LUCKY DRAW box at the info counter on event days. Lucky winners will stand a chance to win one of the following awesome prizes sponsored by the sempoi folks from My Game Store & Black Shark Malaysia respectively!:

But don’t forget: live drawing will take place on 28th August (Day 2) on the AniManGaki stage so make sure to stick around! 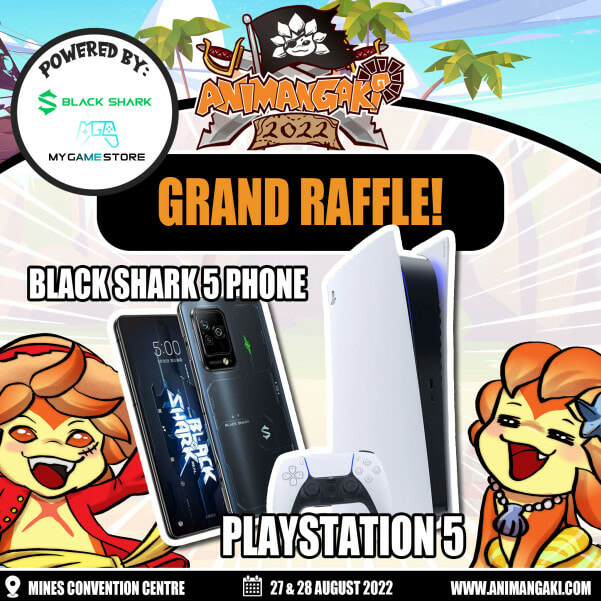 And for children below the age of 11, OKU folks, and senior citizens above the age of 60, you get to enjoy a special price of just RM15 per day for entry! Just come to their ticketing counter on one of the event days, show your identification for the staff members to verify and you’re good to go! 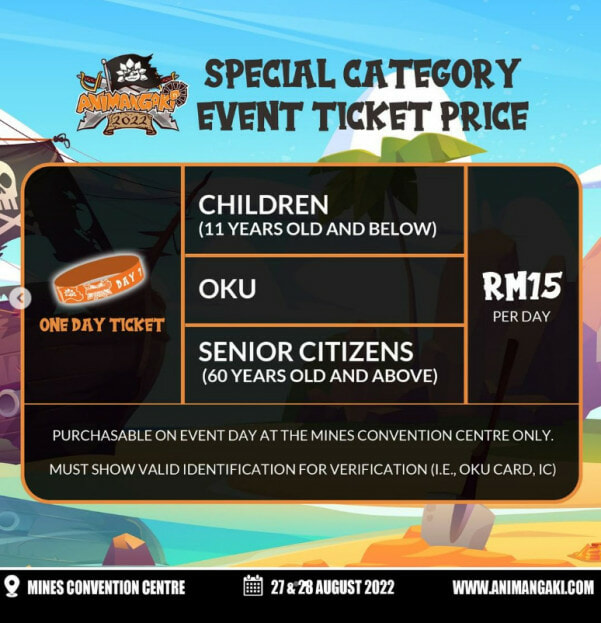 So what are you waiting for? Come down to the Mines International Exhibition and Convention Centre (MIECC) this 27-28 August and geek out with fellow otakus from all over Malaysia at AniManGaki 2022!

To purchase tickets or to find out more about AniManGaki, visit their official website or follow them on their social media pages to keep up with the latest updates!: