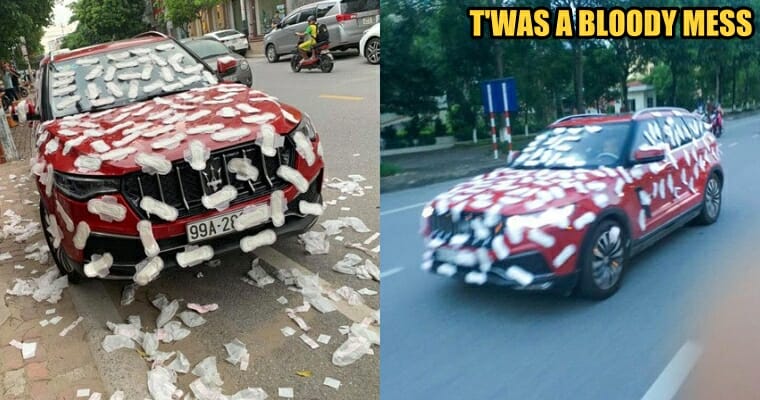 People who park their vehicles illegally make everybody go nuts, and sometimes, it makes us want to scratch our heads.

We see this every day in Malaysia, and apparently, the same problem is also happening in Hanoi, Vietnam. But instead of just moving on with their day, someone decided to teach the driver a “bloody” lesson.

According to China Press, the driver of a red Maserati received payback when he parked illegally on the streets on Hanoi, blocking the other cars from coming through.

He received his just reward — a free sanitary pad makeover. It totally matches the colour of the car, right? 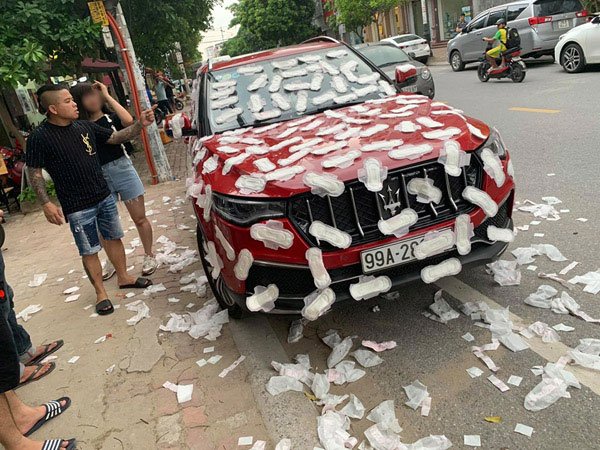 It seems like the vandals chose winged sanitary pads to cover up the entire car to humiliate the car owner. The pads covered a vast area including the bonnet, bumper, roof, windscreen, doors… basically everywhere within reach.

With so many wings, you’d think the car can fly!

Although it was quite funny to look at, a massive pile of sanitary wrappers were thrown onto the ground, creating an unsightly mess. 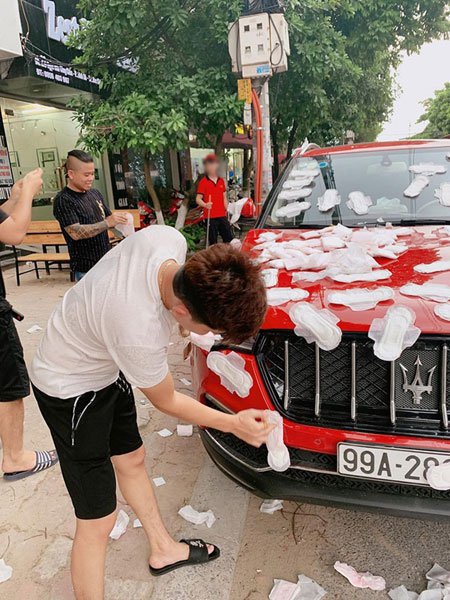 When the car owner returned to his car, he frantically attempted to tear off the sanitary pads that were stuck onto his expensive car. And unfortunately, the glue on the pads was functioning a little too well; the man completely gave up on removing them.

Thus, he zoomed off with embarrassment, but not before everyone around him posted it on social media.

We bet his face was as red as his car. 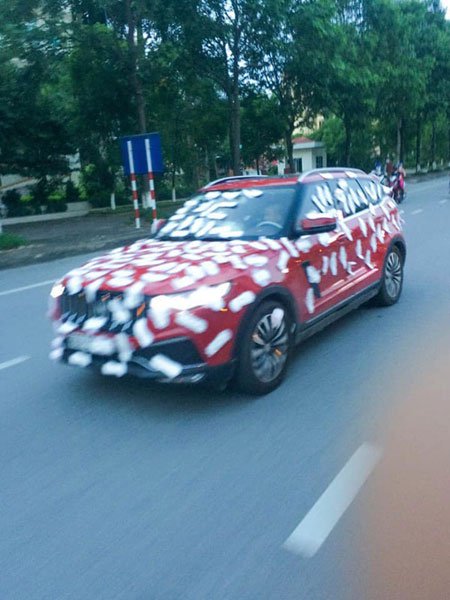 Apparently, the residents nearby complained that the traffic had worsened thanks to the continuous opening of boba shops.

WTF, boba again?! Maybe we could use this method in SS15 too, tbh.

Many people drove here to get their daily dose of boba, so they parked their vehicles on the streets nearby, causing a massive jam at that area. Some irresponsible fellas even parked right in the middle of the junction, blocking everyone who wanted to go through, as reported on China Press.

Although this piece of news might be amusing to read, we definitely do not condone such behaviours, and vandalising is not right.

But this serves as a reminder for everyone to be a responsible road user. It’s not your grandfather’s road, OK?

Also read: People Who Illegally “Chup” Parking Lots With Cones Can Be Fined Up To RM2,000 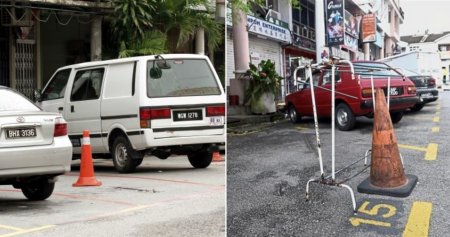