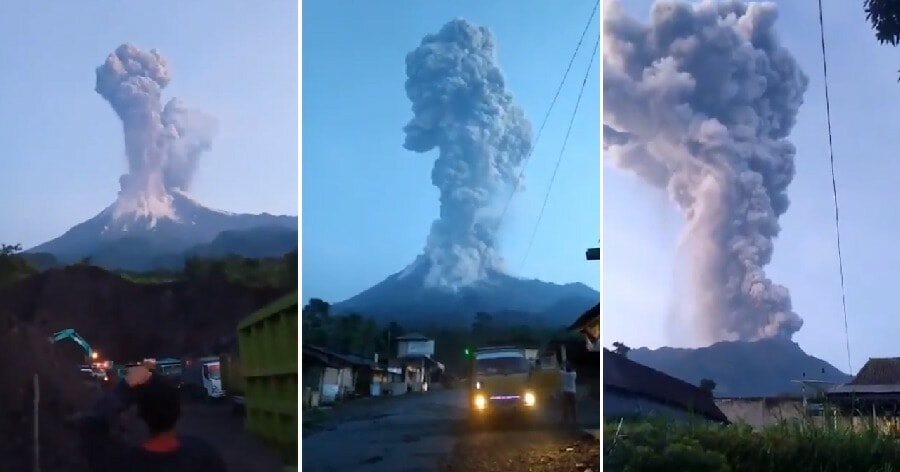 Mount Merapi is Indonesia’s most active volcano, and it erupted spectacularly early on Tuesday morning (March 3rd) around 5.22am, causing the authorities to go on high alert. The eruption spewed ash plumes as high as 6,000 metres above its peak, coating nearby communities with grey dust.

According to CNA, Mount Merapi is located about 30km from Yogyakarta city centre on Java island and a code-red aviation alert has been issued. This is the highest alert and pilots were notified about the eruption, explaining that there would be significant emission of ash into the atmosphere.

The Centre for Geological Disaster Technology Research and Development (BPPTKG) said that the ashfall happened within a 10km radius from the peak. The eruption was reported to have lasted for almost eight minutes. “There was a thundering noise for at least five minutes and I could see the ash clouds from my house,” Jarmaji, a resident of Boyolali regency, added.

The Adi Soemarmo International Airport in Surakarta has been temporarily shut down and currently, there are no casualties from the eruption. “Residents are monitoring the situation, although they are going about their daily activities as per normal,” said Klakah village head Marwoto. Photos and videos shared on social media show volcanic ash landing on everything, including cars, roads and plants.

The agency said that the volcano’s status will be maintained at the “alert” level, or level two out of four levels. This status has been unchanged since 2018. However, residents in the surrounding areas of the volcanos are advised to keep out of a 3-km exclusion zone around Merapi. This is because there may be danger from flowing lava and pyroclastic flows.

The last time Mount Merapi erupted was on February 13 which spewed a 2,000-metre-high ash column. The agency said that there were no clear signals that the volcano would erupt today. “This observational data shows the lack of sufficiently strong pressure before the eruption, suggesting that the erupted materials were dominated by volcanic gas,” they clarified.

Indonesia sits on the Pacific Ring of Fire, a vast zone of geological instability where the collision of tectonic plates causes frequent quakes and major volcanic activity. Mount Merapi had a disastrous eruption in 2010, which killed more than 300 people and 280,000 residents were evacuated.

Stay safe, people near the volcano!

Also read: This Couple Got Married While the Taal Volcano Erupts 20km Away & The Photos Are Stunning! 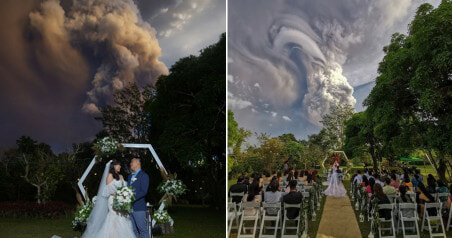