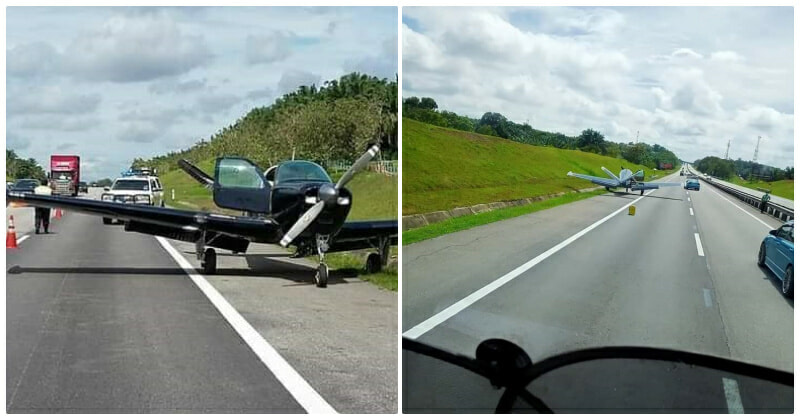 A small aeroplane made an emergency landing, to the shock of road users when it did it on a strip of highway kilometre 47.9 of the North-South highway in Kulai, Johor.

Understanding that it was not a crash landing, but a mere landing, both plane and pilot were safe.

Speaking to Metro TV, Kulai District Chief of Police Superintendent Tok Beng Yeow said that the plane did not crash and an investigation is still underway.

It’s a good thing that a crash did not occur but our guess is it must have spooked some folks out. 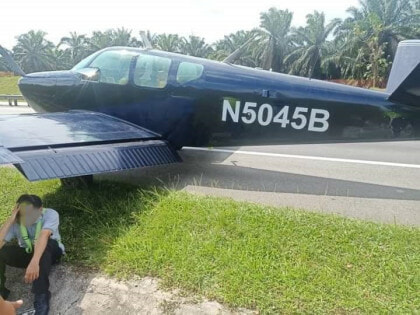 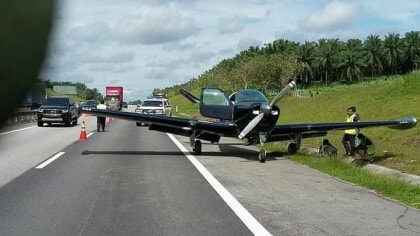 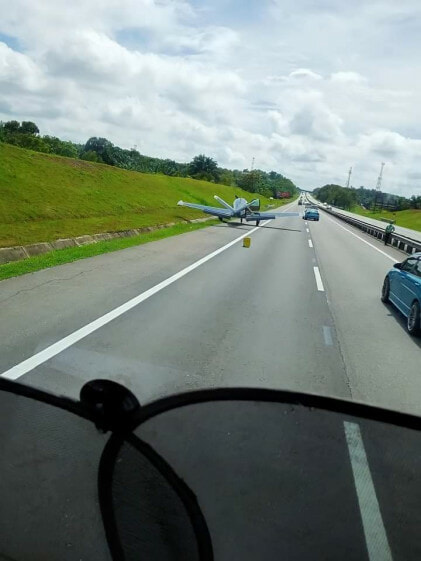 The aircraft in question was a Beechcraft Model 35 Bonanza operated by Premier Air Singapore and was en route to Melaka from Senai. 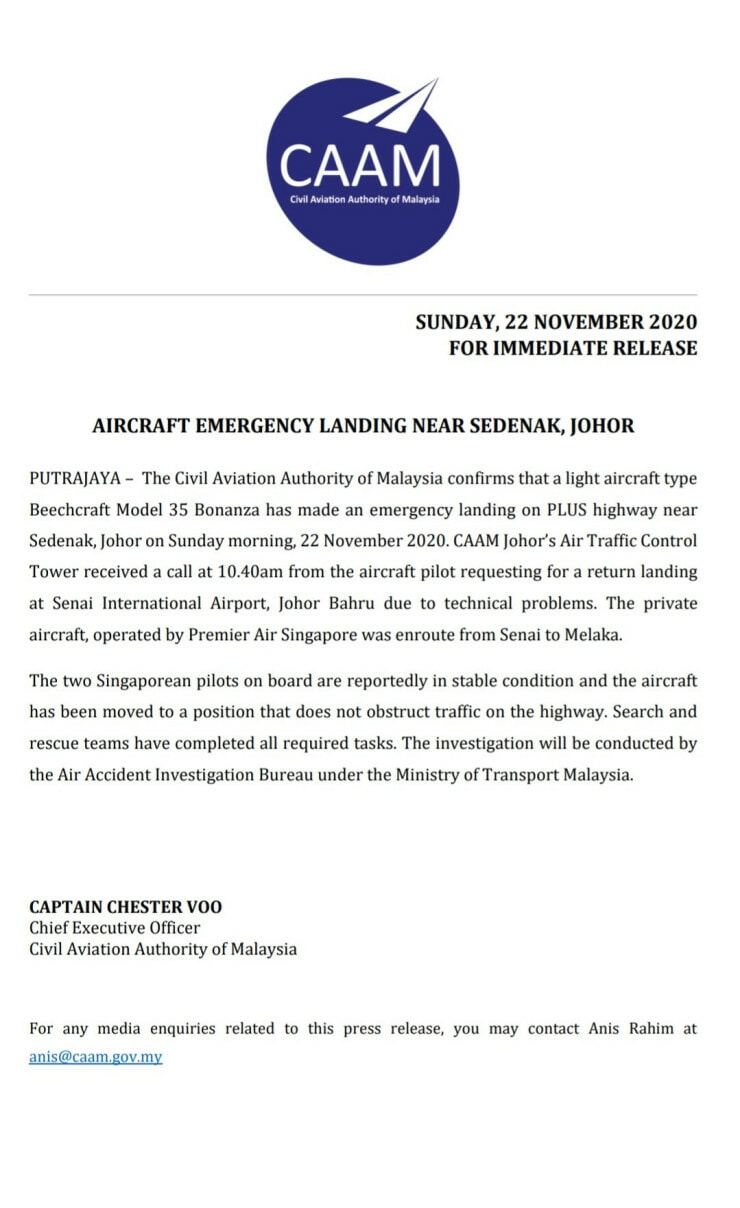 Investigations are currently conducted by the Air Accident Investigation Bureau under the Ministry of Transport Malaysia. 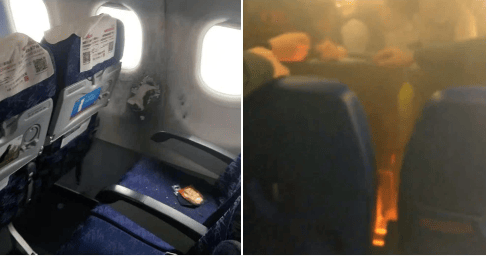