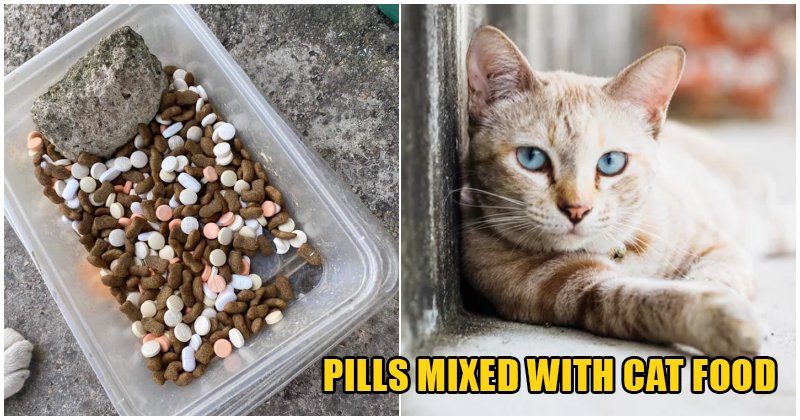 We can’t stop people from disliking animals such as cats and dogs, but it doesn’t mean that they can kill these animals for their convenience, or worse, entertainment.

A netizen shared a shocking post onto Facebook, showing how cruel people can be towards innocent stray animals. In her post, AF mentioned that she has a Chinese friend who lives in Ujong Pasir, Melaka, who has been feeding the stray cats in the neighbourhood.

Knowing how stray cats will poop in public, the friend went the extra mile to hire someone to clean the cat poop every single day. This means that AF’s friend understands that other than filling up the cats’ tummies, she is also responsible to dispose of their waste. However, things did not go so well for them.

Before this incident, they had noticed how the food containers left for stray cats were being kicked into the drain. Until this time, a handful of medicine pills were left in the cats’ food bowl, intending to poison the strays. 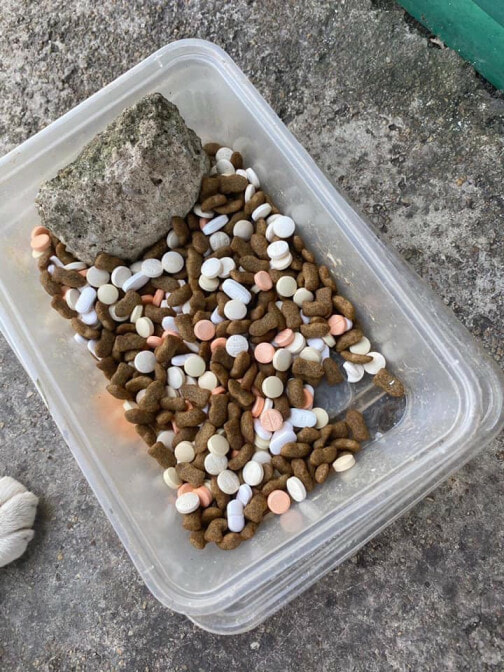 We can’t believe how cruel some people can be!

These pills were mixed with the kibbles, and we don’t know if the cats actually ate them. As much as we understand how some people dislike cats lingering around their houses, it extremely evil & malicious to do something like that. 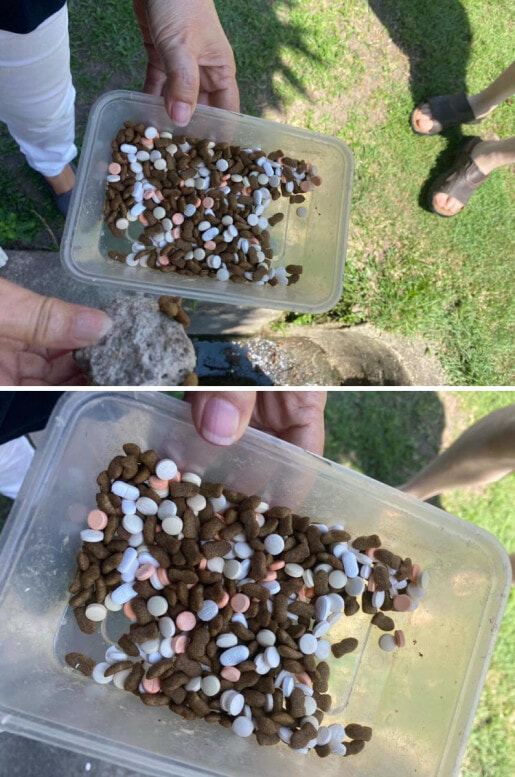 Netizens were enraged upon seeing the post, and many asked why her friend did not report it to the authorities. A few hours after the post blew up, AF stated that her friend did lodge a report. However, they still couldn’t figure out who the perpetrator was. Her friend also commented that there wasn’t any CCTV around the area as it was a roadside. At this point, they’re just hoping to catch the person who intended to harm the cats.

It’s baffling how some people would rather snoop behind other’s back than grow a pair and talk to the people who feed the cats. 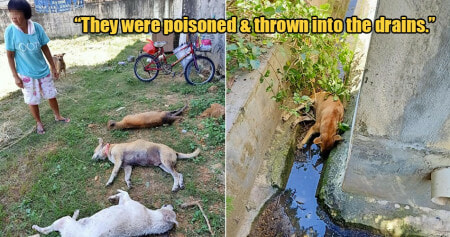