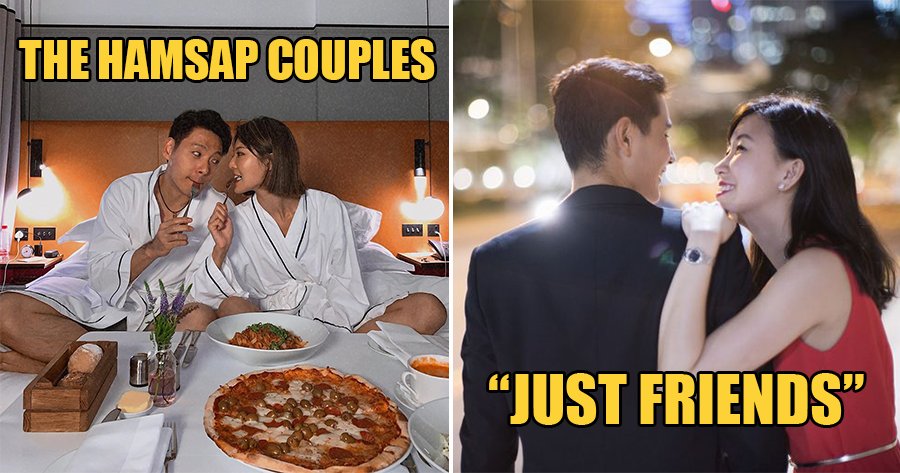 Guys, brace yourselves. Valentine’s Day is here, and you know what that means⁠—sappy couple posts, tons of PDA and overused pick-up line memes. No one hates on Valentine’s Day more than single people, and if you have not found anyone to love you this year, you will likely become one of the haters. I mean, who needs love when you’ve got your hands, right?

As we approach V-Day, you’ll notice the many different couples, whether it’s on your social media feed, or out at the mall and restaurants. Heck, you might even be one of them! Here is a list of the different types of couples you will probably see on V-Day:

1. The kiasu ones who love going over the top with their gifts and plans 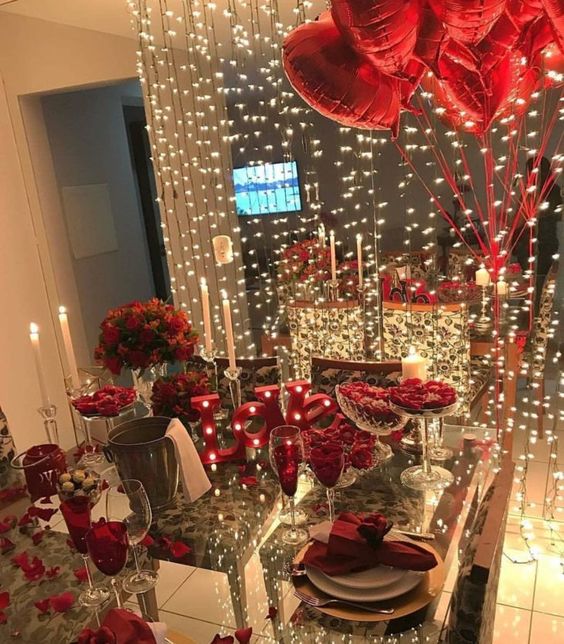 Tons of flowers, chocolates, jewellery—honestly, what haven’t they done!? These are the couples that go overboard and make you feel bad that you didn’t do enough. I mean, they’re basically like this 24/7, but when V-Day comes along, they take it seriously, like it’s some type of Olympic sport or something to show the world and each other how much they’re in love. Blegh.

P.s. they’ll probably complain about being broke all the time, but somehow still manage to buy the most expensive things!

2. The “whatever lah” couples 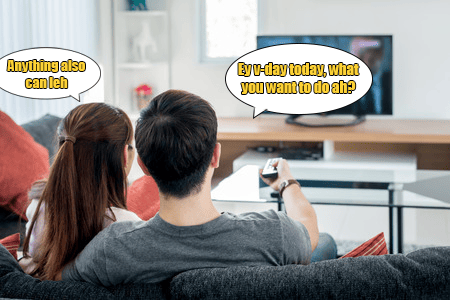 These are the couples that can’t be bothered by V-Day. While most people have trouble deciding what to do, for them anything also can! I’m serious, whether it’s going out to a restaurant or getting food delivered, they don’t see the point of spending an entire day planning and preparing this big gesture to celebrate their love when they have to do it all year-round.

They’ll most likely treat this day like any other day, and roll their eyes at couples who do take it seriously.

Ah, to be young and in love! These are the first-timers, new to the game. They’re the ones who are nervous and excited all at the same time because they know that this first V-Day will set the pace for the rest of their dating journey, so they’ll try to make it count. They’ll probably go out to a nice restaurant, but will most likely fumble, or just be plain awkward around one another… 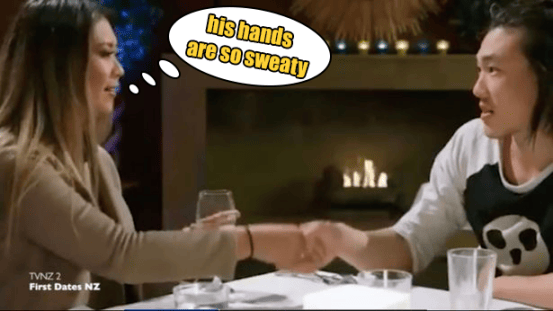 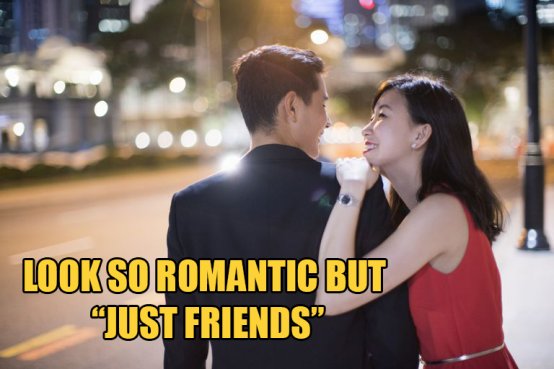 You see them hanging out, posting on social media and dining out. But somehow, they’ll always claim to be “just friends”. Sure bro, sure. These couples are either too young to be dating, worried someone might find out or just in plain denial of how much they love each other—even though it can’t be any more obvious!

V-Day isn’t just for the rich, okay! These couples care more about spending time with each other in the company of good food rather than the price tag on gifts. That’s why you’re most likely to find these couples spending their date night at the mamak or roadside stalls. And honestly, these kinds of dates are super cute because you know the couple has been going at it for a while too! 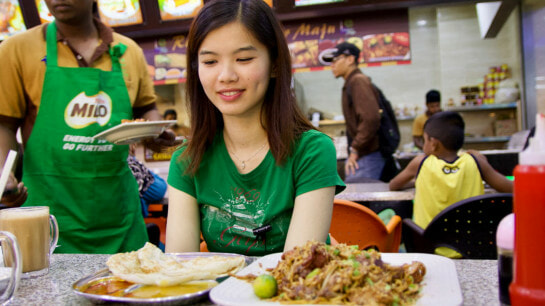 These couples make it seem like they’re the most romantic people on earth. Their social media feed is breathtaking,  and it can make you feel a little jealous. I’m talking about weekend getaways, expensive jewellery, even one of those huge teddy bears! But besides the gifts, there’s nothing much to it. These couples only take V-Day to the next level when there are people watching. All the likes, hearts, shares and retweets are the only thing sustaining that relationship! Yeah, I said it.

A post shared by London Wedding Photographer (@benrenshawphotography) on Aug 18, 2019 at 8:15am PDT

7. The oldies but goldies

Their romance never aged a day! These are the couples who have been in the business for a loooong time but haven’t let that spark die out. They make you wish that you and your s/o will grow up to have a relationship like theirs. Despite having kids or furbabies (they’re like children too!), these couples make sure to spend a romantic V-Day showing how much they love each other—and it just melts your heart!! 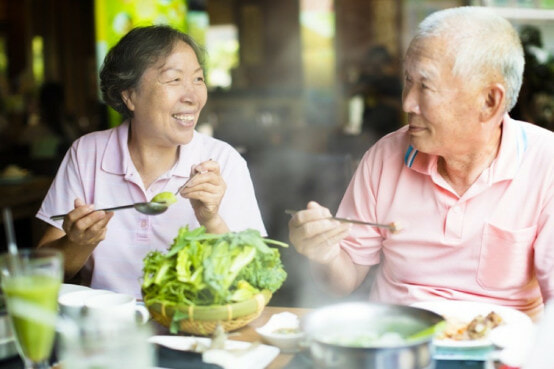 You’ll never see these couples out on the streets on V-Day; probably because they’re getting busy in the sheets. This doesn’t mean the romance isn’t alive though! They’ve probably rented out a nice place for the weekend or booked a nice hotel room with all the splurges (I’m talking about room service and champagne!) to spend some alone time with one another. Wink wink. 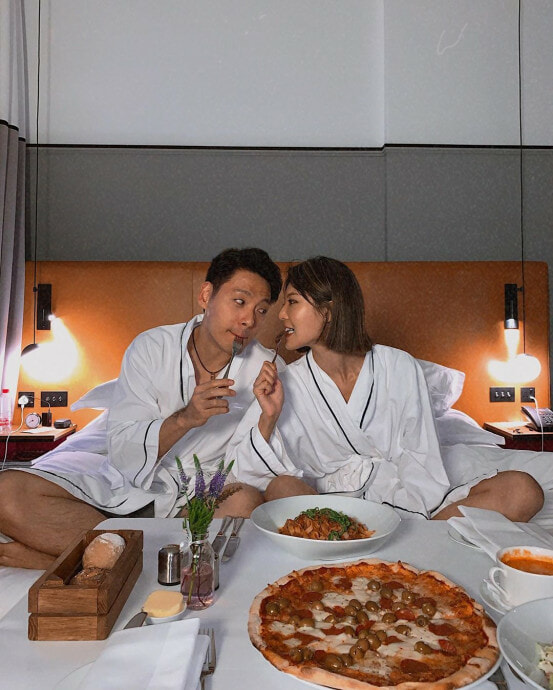 Well, whether you’re single or in a serious, Facebook-official relationship, you’ll definitely bump into one of these couples this Valentine’s Day… or you might just be one of those couples yourself! Let us know in the comments section if you’re guilty as charged or if you know of any other types of cringey Malaysian couples!

Also read: This Couple Got Married While the Taal Volcano Erupts 20km Away & The Photos Are Stunning 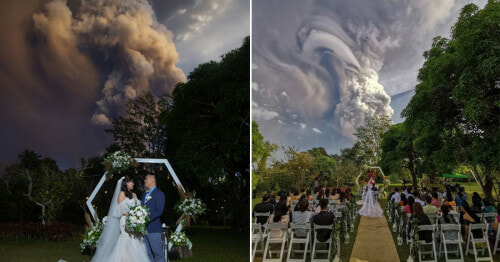