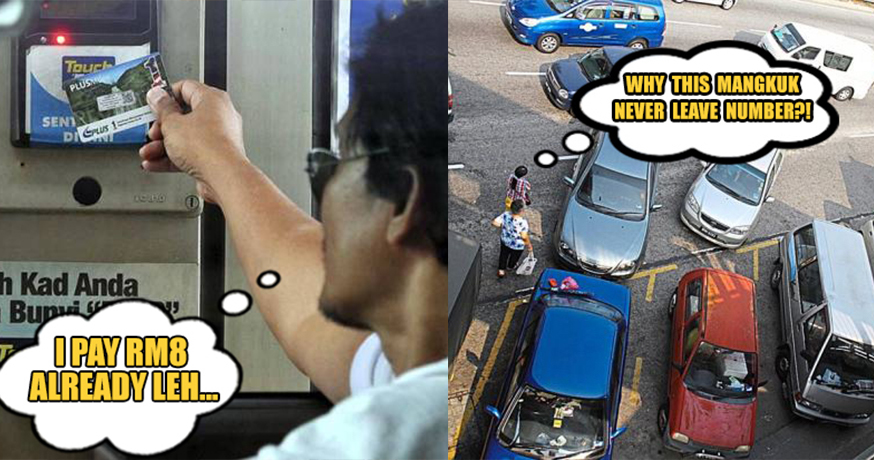 As Malaysians, we always seem to be in a rush. Whether it’s to get things done or to get somewhere (especially those who think they are Vin Diesel on the Federal Highway), we just seem to be rushing about and chasing for time. This is a special phenomenon called ‘Malaysian timing’ where we find ourselves perpetually late for everything. Here are some of the things that we’ve had to compromise and end up doing because of our infamous ‘Malaysian timing’.

1. Taking a shower and brushing your teeth at the same time 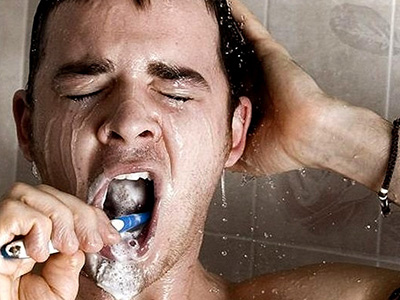 Seriously, try it. It saves so much time instead of doing them separately. Some people even take it to the next level by showering, brushing their teeth and doing their ‘business’ all at once! I know I do 😉

2. Putting on perfume and pretending you showered

Come on, admit it. How many of you have been in such a rush that you slap on deodorant/perfume because there just wasn’t enough time to shower?! Nobody has to know!

3. You pay for toll like you’re giving out angpao 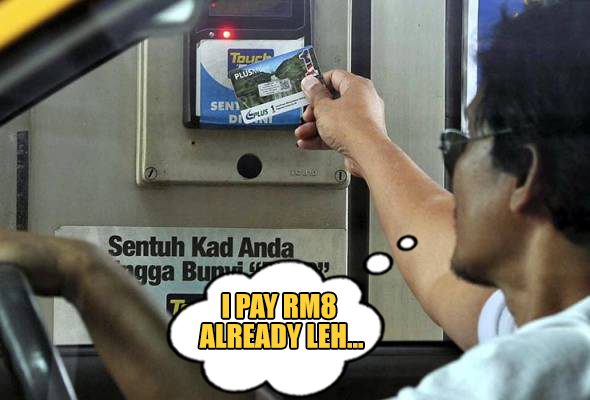 Because it’s almost always the shortest and fastest route to get to your destination.

4. You end up settling for a less than ‘on-fleek’ outfit

Yes, you want that on-point #OOTD look, but you find yourself not having the time to look through your closet. So, you end up picking the first thing you see on top of the clothes pile. 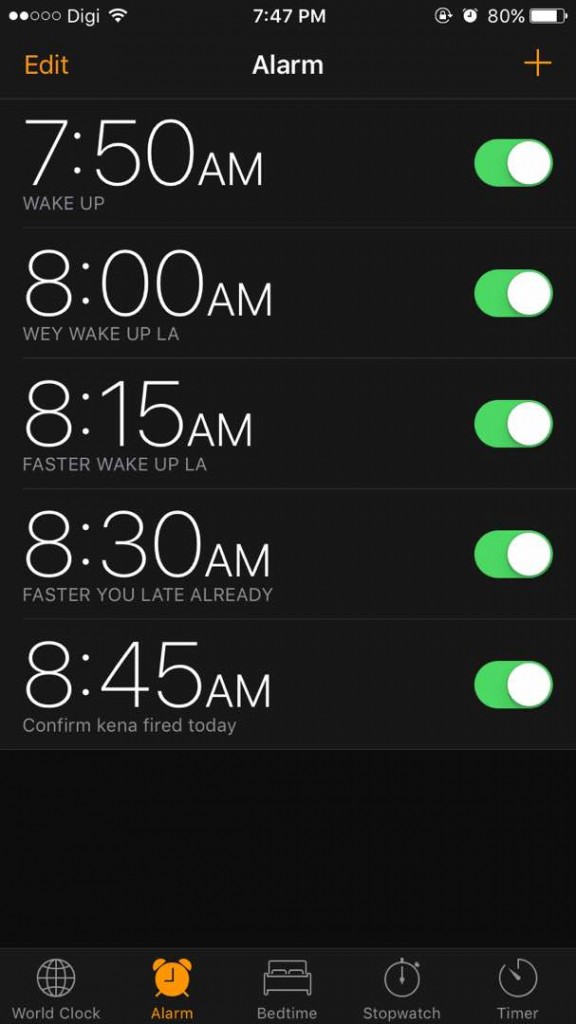 6. When you double park and leave your number 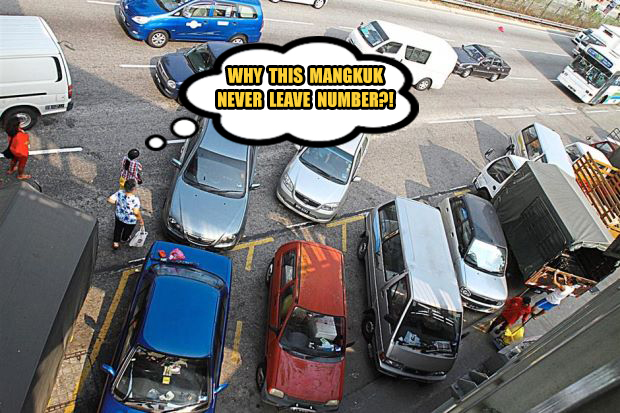 This probably goes without saying as I’m sure ALL of us do this every once in a while (or more than you’d like to admit). If you’re running a quick errand and parking is an impossible feat, you’d probably just double park your car right in front of the shop and leave your phone number/business card on the windscreen. We all understand the horrible parking situation. Just don’t take advantage and park long long lah! 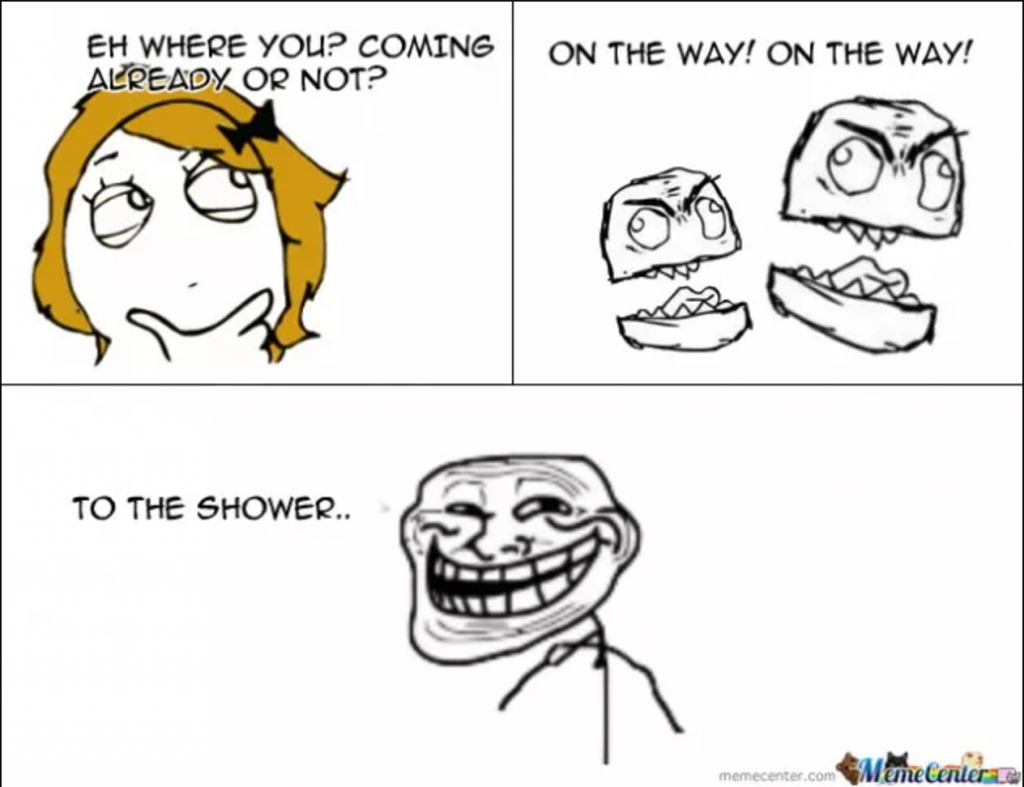 When in reality, you’re really only on the way to the toilet. Technically not lying what.

8. Paying using your cards instead

When you’re reaaally in a rush and need to buy something, you resort to using your debit or credit card to pay first instead of going to the ATM to withdraw money. I mean, the latter process takes 5 minutes alone, and that’s excluding the queue! Plus, most stores also offer a payWave payment option so you can easily tap and go in a jiffy! Simple as that.

Even Caltex has introduced a new contactless payment system with Visa payWave to help with saving time when we pump petrol!

Simply tap your Visa debit or credit card at the pump, fuel up and you’re good to go! So easy right?! 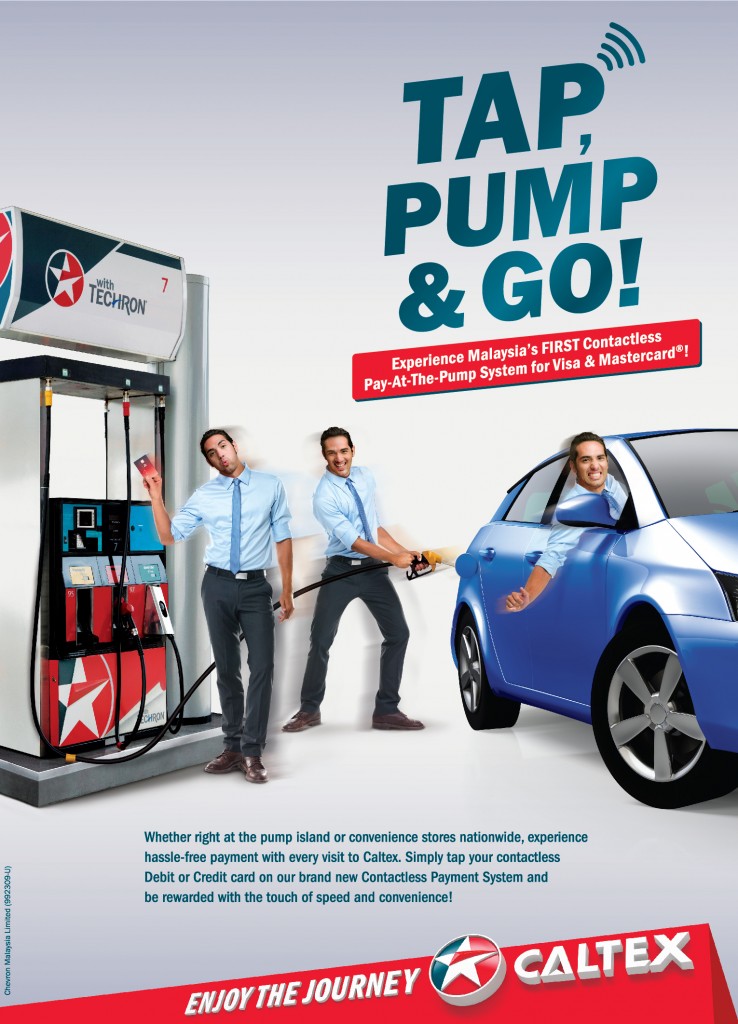 Besides the convenience, you might stand a chance to win some awesome prizes while you’re at it with Caltex Malaysia’s Wave and Win Promotion.

Bonus? You stand a chance to win your very own Mercedes-Benz C 200 along with RM10,000 StarCash and 10,000 BPoints when you use your Visa payWave card at any Caltex station when making fuel or convenience store purchases any time from now to 19 March 2018. 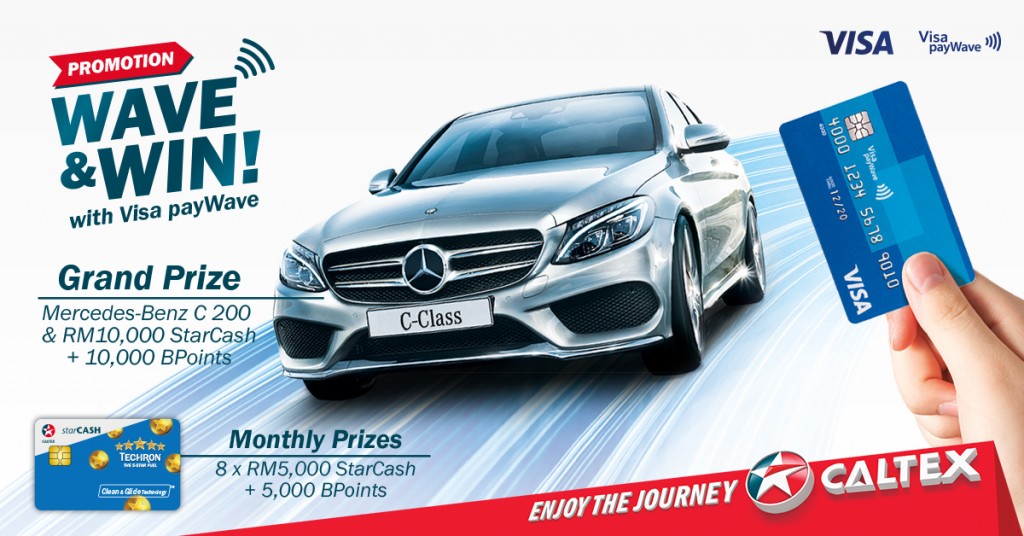