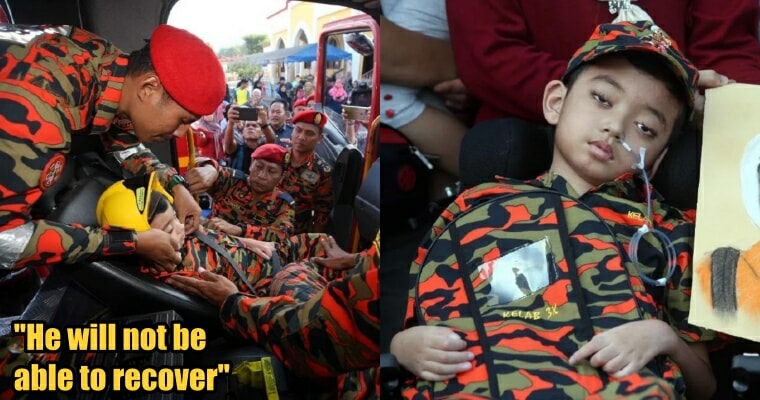 This broke our hearts.

A 7-year-old boy who is diagnosed with stage 4 Diffuse Intrinsic Pontine Glioma (DIPG) brain cancer, had his final request fulfilled. DIPG is the leading cause of death among pediatric brain tumours, and Ahmad Danial is currently under palliative care because there’s no effective treatment, as well as no chance of survival. 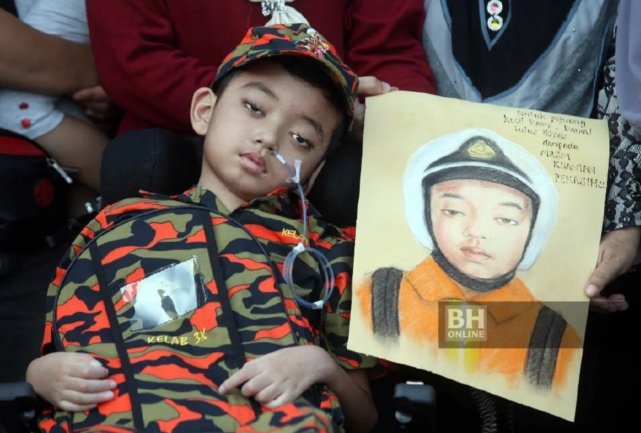 The young Ahmad Danial Ahmad Suhairi aspired to be a fireman before this condition struck him. Even though he’s paralysed and unable to speak now, he finally got his dream come true.

According to Berita Harian, the boy’s wish reached the ears of the Fire and Rescue Department Malaysia via the help of Persatuan Sokongan Anak-Anak (PESONA). Pahang’s fire department’s director, Nor Hisham Mohammad, mentioned that when they received this particular request, they decided to do it ASAP before it’s too late. 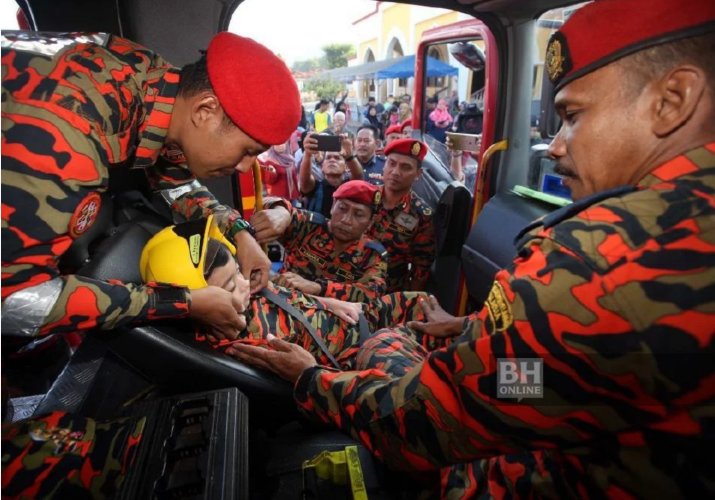 “We understand the feelings of his parents, and we want to share their pain.”

With the firetruck driven by the director himself, the team of firemen toured Ahmad Danial around Berserah, Pahang for as long as 10 minutes today (6 October). Not only that, but they’ve also prepared a firefighter uniform set for Ahmad, and he was finally able to experience being a fireman.

Ahmad Danial’s father said that he only suspected of him of being ill this March. However, his health began to deteriorate quickly, leading him to be brought to Hospital University Islam Antarabangsa (HUIA). Diagnosed with the aforementioned brain cancer, Ahmad Danial was bedridden and brought home since May, and he has been depending on the medications prescribed by the hospital.

Apparently Ahmad Danial had an elder brother who passed away due to a bacterial infection in the lungs. Despite their saddening experiences, the parents are not giving up on providing the best for their children.

“As parents, we’re going to try to give him the best care even though we know that he will not be able to recover.”

We can’t word how sorry we feel for Ahmad Danial and his family. Also, kudos to the Fire and Rescue Department in Pahang for helping him to fulfil his final wish.

Also read: “I don’t want to die. I’m afraid.” 5yo Boy BEGS Parents To Treat His Cancer Despite Having No Money 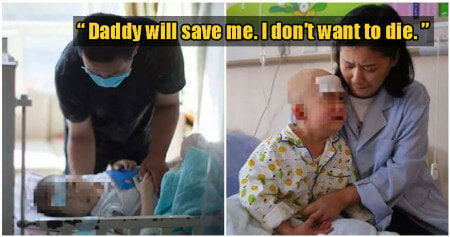