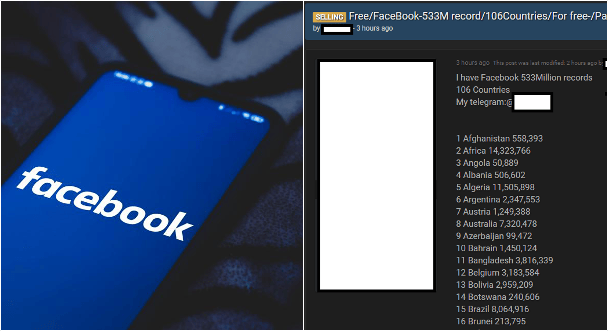 While previous leaked data was only shared to those who are willing to pay for it, the whole 533 million Facebook records were shared for free recently on a low-level hacking forum. Among the list of data involved are such as phone numbers, Facebook IDs, full names, locations, dates of birth, and there is also some data involving email addresses of Facebook users from 106 countries.

A Facebook spokesperson told Business Insider, the leaked data was collected when Facebook faced security problems in 2019. It was also explained that the security vulnerabilities were updated in August of the same year. Although the leaked data might be a few years old, it will still contain vital information and personal details of Facebook users which can be used by scammers for identity theft.

Alon Gal, the individual responsible for detecting the issue of data leaks, argued that Facebook may not have enough options or space to curb the problems that have occurred following the leaked data made readily available for free.

I have yet to see Facebook acknowledging this absolute negligence of your data. https://t.co/ysGCPZm5U3 pic.twitter.com/nM0Fu4GDY8

He added, what the social media giant can do is to advise every user to take precautions with any possibility such as phishing tactics as well as personal data fraud by irresponsible parties.

Looking at this issue coupled with the Cambridge Analytica scandal involving data of 80 million users that happened a few years ago raises more questions as well as a bad perception of Facebook on how they are actually protecting our data. As a reminder, we as Facebook users need to take precautionary measures because it is an opportunity for hackers and other irresponsible parties to manipulate the data leak.

Also read: Over 500,000 Zoom Accounts Are On Sale On The Dark Web, Can Be Bought For Less Than RM1 Each 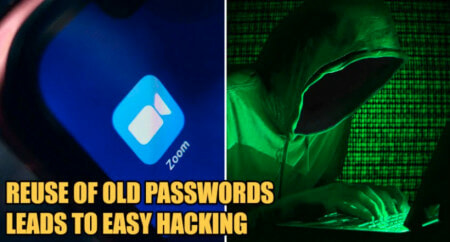