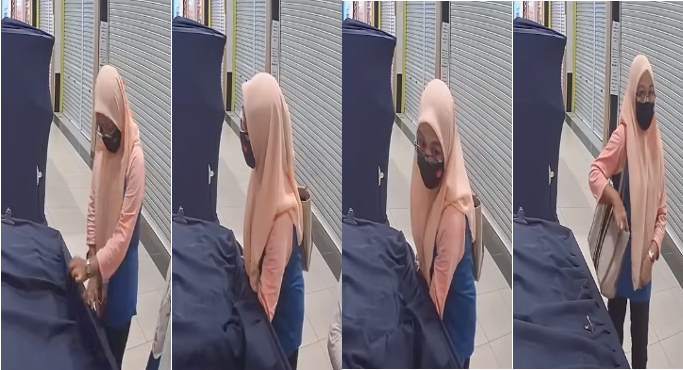 The PDRM are on the hunt for two women believed to have stolen a number of Korean jewellery at a non-operating stall inside a supermarket in Bertam. As reported by Utusan, North Seberang Perai Regional Police Chief, Assistant Commissioner Noorzainy Mohd. Noor said his party received a complaint from a 39-year-old male trader who claimed that his goods were stolen.

According to him, the victim became aware of the incident at about 5pm after seeing closed-circuit television (CCTV) footage while at his house in Kulim, Kedah. He said,

He said a further investigation has found that the stall was closed since the beginning of this month due to the Movement Control Order (PKP) while the sale items were left in the shop and only covered with the blue cloth. Following the incident, the victim claimed a loss of about RM2,000 after a box of Korean gold rings and bracelets was stolen by the suspects.

Also read: Watch: Thief Runs Away With RM40K Worth Of Gold in Terengganu 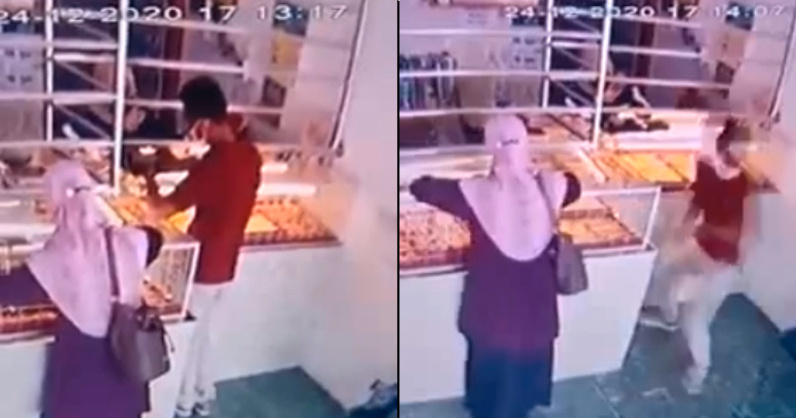