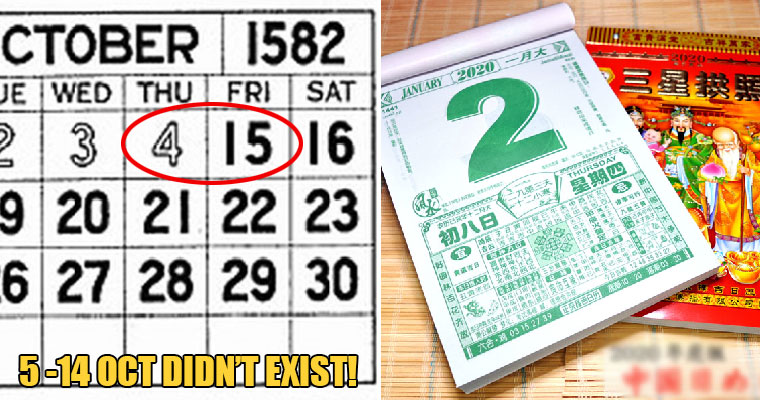 The calendar has always helped us count our days and keep track of time. It has always been a useful tool to help us plan for future events and remind us of the changing seasons, and so forth.

However, imagine waking up one day, only to realise that you had been sleeping for the past 10 days! Yes, such an incident actually happened back in 1582.

Here’s a brief explanation of how the calendar has evolved and why people in the past have actually “slept through” 10 full days:

1. Once upon a time, each civilisation used its own calendar system 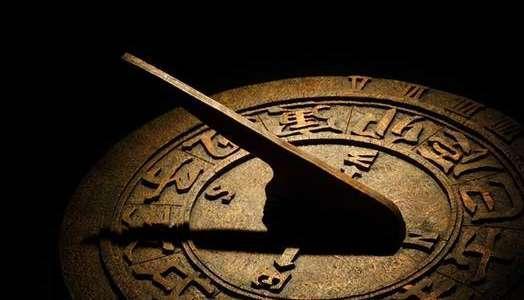 Back then when the world wasn’t as connected as it is now, each civilisation basically used its own calendar system to count the days. For example, the Chinese used the lunar calendar which has 354 days in a year, while Egyptians used their own Egyptian 365-day calendar which had 10 days a week.

The civilisations back then used calendars to mark the beginning of a season. Moreover, they were not connected to each other. So, there wasn’t a standardised calendar for the entire world.

2. Julius Caesar had made a calendar with 365¼ days in a year 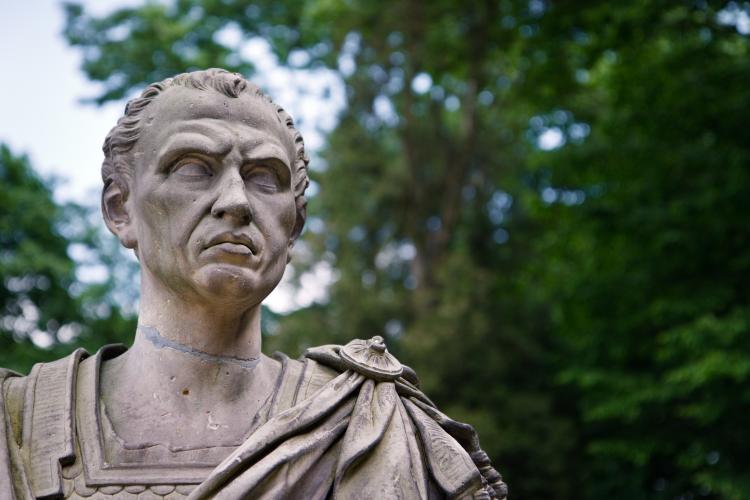 According to Live Science, after Julius Caesar learnt of Egypt’s 365-day calendar, he gathered the best philosophers and mathematicians to form the Julian calendar made up of 365/366 days spanning across 12 months. This took place around 46 B.C. and the months looked like this:

The Julian calendar was seemingly accurate at the time. During this period, the world also started becoming more and more connected thanks to globalisation which led to more civilisations adopting the use of the Julian calendar as a standard system to count the days. And it looks just like the calendar system we have today… or is it?

3. The Julian calendar was actually off by 10 days after about 1,600 years

Bear in mind that people used to keep track of the changing of seasons using this calendar. By the 16th century, however, people noticed that the first day of spring had been shifted 10 days ahead of its intended time. Accurately speaking, it was miscalculated by 11 minutes every solar year.

4. Because of this, the Gregorian calendar was introduced which caused the 10-day skip in 1582 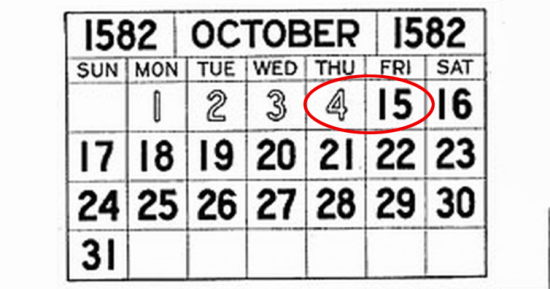 In order to be on track with the changing of seasons and keep Easter as close to the spring equinox as possible, Pope Gregory XIII had implemented a new calendar system in 1582 with the help of a scholar named Aloysius Liliusa.

In addition to this, since the calendar was still 10 days behind, they needed to decide on a day to “reset” the months. With that, it was decided that 4 October 1582 was the day they compensated for the 10-day loss. This meant that the following day was 15th October 1582 instead of 5th October.

Many people were reluctant to follow the change, so only certain countries like Spain, Portugal, the Polish-Lithuanian Commonwealth and most of Italy accepted the change on that day.

Some countries only started adopting the Gregorian calendar hundreds of years later. For example, the British only imposed the Calendar (New Style) Act in 1750 to fix their 11-day loss; advancing from 2nd September 1752 to 14th September 1752.

Up until now, not all countries have adopted the Gregorian calendar. However, the calendar system is still accepted as an international standard.

6. The Gregorian calendar is still OFF by 26 seconds from a solar year

As much as it is the most accurate calendar system currently, it is still off by 26 seconds from the solar year. It might seem inconsequential, but after adding a few hours of discrepancy since the Gregorian calendar was first introduced, by the year 4909, the calendar system will be ahead of the solar year by one full day.

And this is how we got the 10-day time skip in the calendar. So, how would you react if you woke up one day and suddenly realised you had been sleeping for 10 days? Tell us your reaction in the comments section!

Also read: This Korean Pocketed Calendar Can Help You Save At Least RM3,000 a Year! 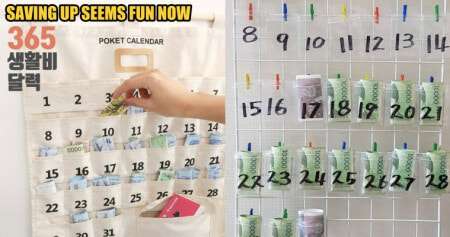