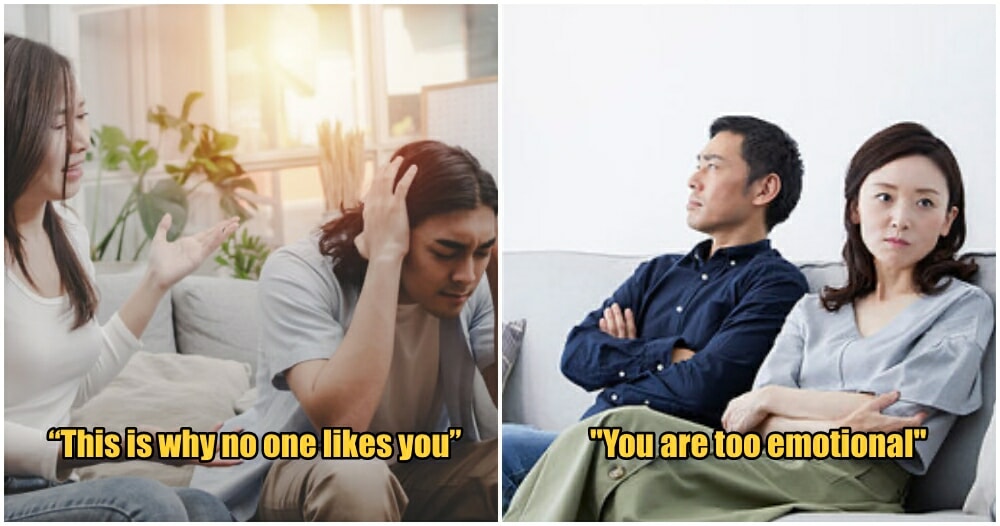 There is no ranking to which one is worse than the other as abuse is still abuse.

If you are in a relationship, you would know that it’s no walk in a park. Even in a healthy relationship, there are bound to be ups and downs. But how one handles the problems in their relationship is the key to evaluating whether it is healthy or abusive.

One of the most common abusive traits that can be found in many relationships is ‘Gaslighting’. 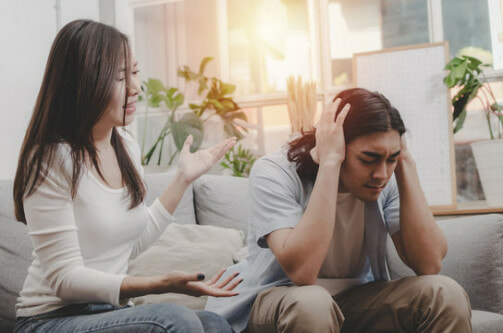 Gaslighting is a form of abuse in which someone— could be your partner, your boss, your “best” friend—uses manipulation and distraction to distort the truth and make you question your own reality.

In fact, it has been reported that gaslighting is especially common in intimate relationships and in social interactions where there is an imbalance of power. The person who is on the receiving end of this behaviour is experiencing abuse.

Here are some common gaslighting phrases used that are huge red flags:

This is one of the top phrases to be used when a person attempts to gaslight.

They would often tell you that you are being emotional while showing their lack of empathy. This often happens when they refuse to own up to their own actions.

By saying that you are too emotional, they will always make you wonder if you have been overreacting to a situation, even when you are simply reacting to something they did or said. This is considered abuse as hearing gaslighting terms as such will discourage you from showing your emotions in the future.

2. “You are making this up! Stop imagining things!”

In an attempt to deny the way you feel, the abuser’s denial will often force you to change your own perception.

By saying that you are making something up, it makes you question your own memories and reality. This is a common trait of a narcissist.

Also, making accusations that you are “imagining things” will wholly throw your perception out of the window. The victim will end up feeling small and as if he or she is going insane.

Victims of this phrase will be forced to lose ground in their own thoughts, beliefs and opinions.

Similar to the second trait mentioned above, the abuser can take things a notch higher and try to make you feel like you are going crazy.

Such a phrase can make one lose their sense of reality, which is extreme emotional abuse.

In fact, if your partner ever throws such a phrase at you, knowing that whatever you said did actually happen, it really does show how little they think of you. This means there is zero respect. 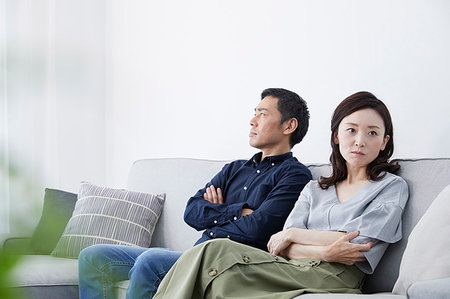 4. “Stop taking it too seriously”

A narcissist or sociopath will usually say such hurtful things and later do everything it takes to make the victim feel otherwise.

They will make you feel like you are overanalyzing a situation or problem and put the blame on you for making something “petty” seem like it’s a huge deal, even when it actually is.

This phrase is designed by them to make you doubt your decision-making.

No one should ever invalidate your feelings, especially if it is emotionally bothering you.

5. “You are just misconstruing my intentions”

Gaslighters and narcissists would commonly blame you for something that you are upset about by defending themselves, saying that their intentions were “in the right place” hence, there is “nothing wrong” with what they did or said but is your fault for taking things the “wrong way”.

In a response to deflect their responsibility from themselves, they will skillfully consider the problem that has arisen out of a “misunderstanding” and say you misunderstood their intentions.

It does not matter whether or not one’s intentions were in the “right place”. If you get upset over something they said or did, your emotions are always valid. 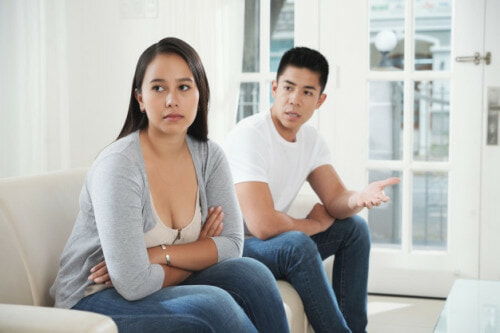 This is a classic phrase used by gaslighters. By saying that you are the problem, it may cause harrowing self-esteem issues.

It is psychological torture that the abuser does to project their own problems and issues onto the victim. It forces the victim to question and doubt their own selves. This can also cause victims to stop “problematizing a situation” even when they are not the ones at fault.

This is another common phrase gaslighters use to manipulate you into staying with them. They make you feel as if there is no one else out there that can “love you” or tolerate you, except for them.

According to Stephanie Sarkis, a psychotherapist and author of Gaslighting: Recognize Manipulative and Emotionally Abusive People—and Break Free, this phrase is often used by the abuser as a form of shaming and guilting you.

“This may take the form of shaming or guilting you into avoiding gatherings or by telling you that people are saying bad things about you.”

“This behaviour can escalate to taking away (your) phone, internet, car keys, and anything else that would allow (you) to communicate or escape,” she added.

When a problem arises, one should solve it – not avoid it.

By constantly avoiding problems, you wouldn’t actually “forget about it”. The problem would never be solved and eventually, the same thing will keep occurring.

This will eventually affect your thought process and will suppress a huge variety of concerns. No one should be able to decide what you should forget about and what deserves your attention. 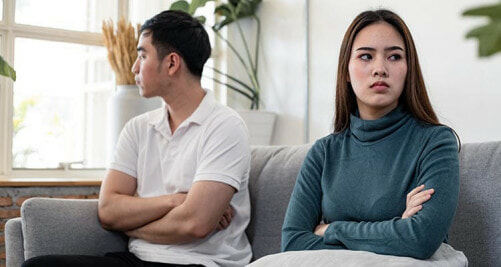 Yes, it is important to look out for the ones you love and notice the little signs that may show that they need help, especially when it comes to one’s mental health and well-being.

However, when it is done in a manipulative manner by a narcissist, it is the highest form of deception. The abuser gets to sit back and watch their victim self doubt themselves. Of course, this is to create a huge distraction from their [the abusers] own activities and faults.

Phrases like this are aimed to establish that there’s something inherently wrong with you, hence your opinions and emotions are not valid… which is highly abusive.

10.‘You are being unnecessarily jealous’

In an effort to feel a sense of importance and control in a relationship, a narcissist can deliberately make their victim feel jealous and later blame them for it.

By doing so, they [the abuser] will end up boosting their self-esteem while disregarding the pain and hurt that they have caused their victim.

Ms Juhi Pandey, a counselling psychologist, said that such abusers actually enjoy the feeling of dependency on them. 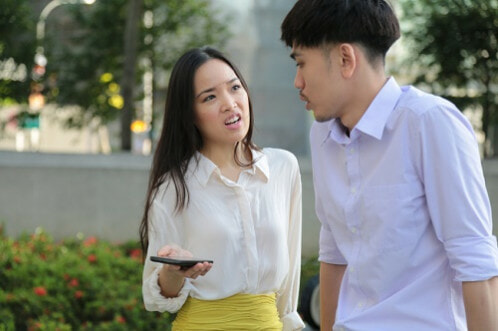 If you’re experiencing any of these traits in your relationship, then perhaps it’s time for you to rethink it. What’s important is your happiness, safety and mental health.

What are your thoughts on these phrases? Let us know in the comment section below! 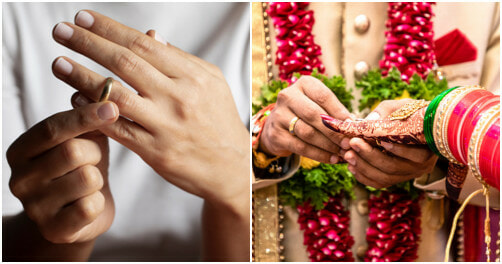