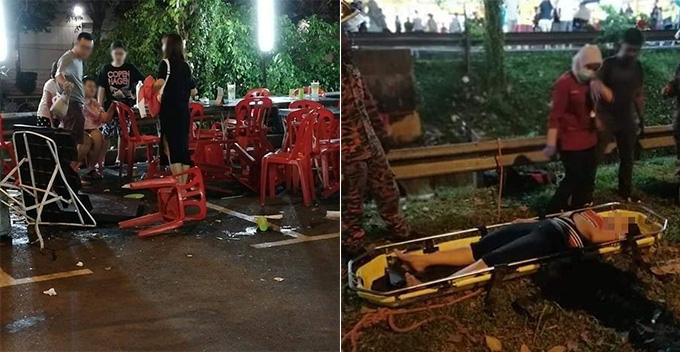 Who would’ve expected this to happen while they’re having dinner?

A woman recently died while four others were injured when a four-wheel drive (4WD) rammed into an outdoor dining area of a restaurant in Taman Equine, Seri Kembangan at around 8.15pm last night (18 November). 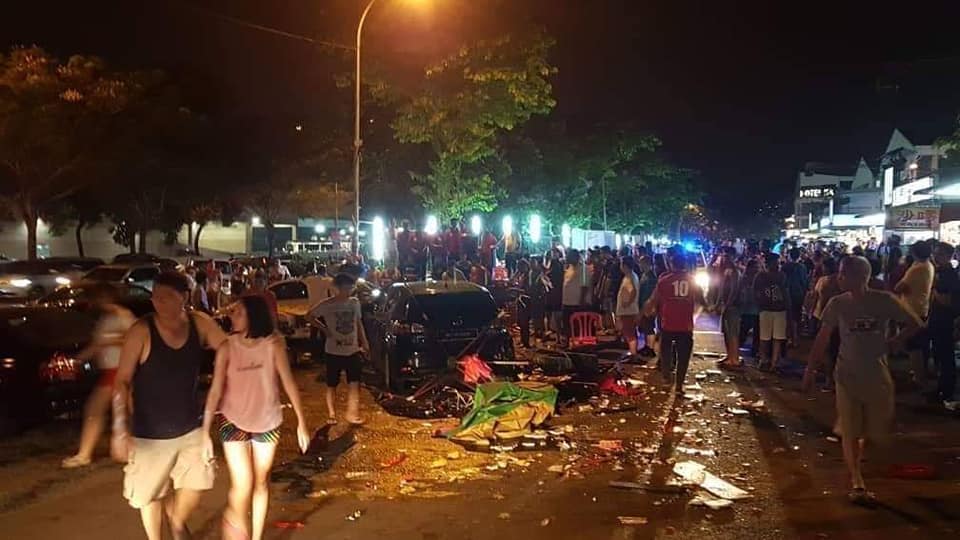 “The vehicle ploughed into a table at the open air area of the hawker centre along Jalan Equine 9B. After the initial collision the driver just drove off and hit three other vehicles there,” said Serdang OCPD Asst Comm Ismadi Borhan, according to The Star.

There was no eyewitness that managed to get hold of the vehicle’s licence plate number.

The victims were taken to the Serdang Hospital immediately. 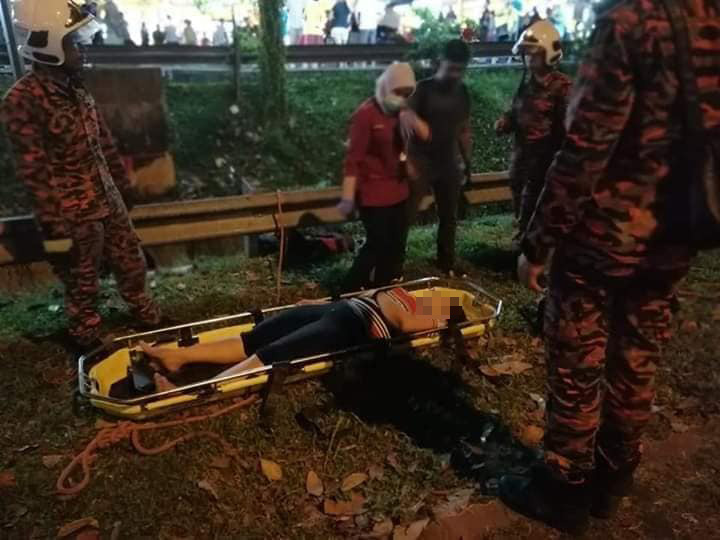 Based on reports by Sinar Harian, the 57-year-old woman who died was a Malaysian named Wong Sow Lin while the other four victims were identified as Wong Mei Hwa, 36, Lei Kok Lu, 71, Leong Eng How, 35, and a Myanmar national, Vial Sian Mung, 33. 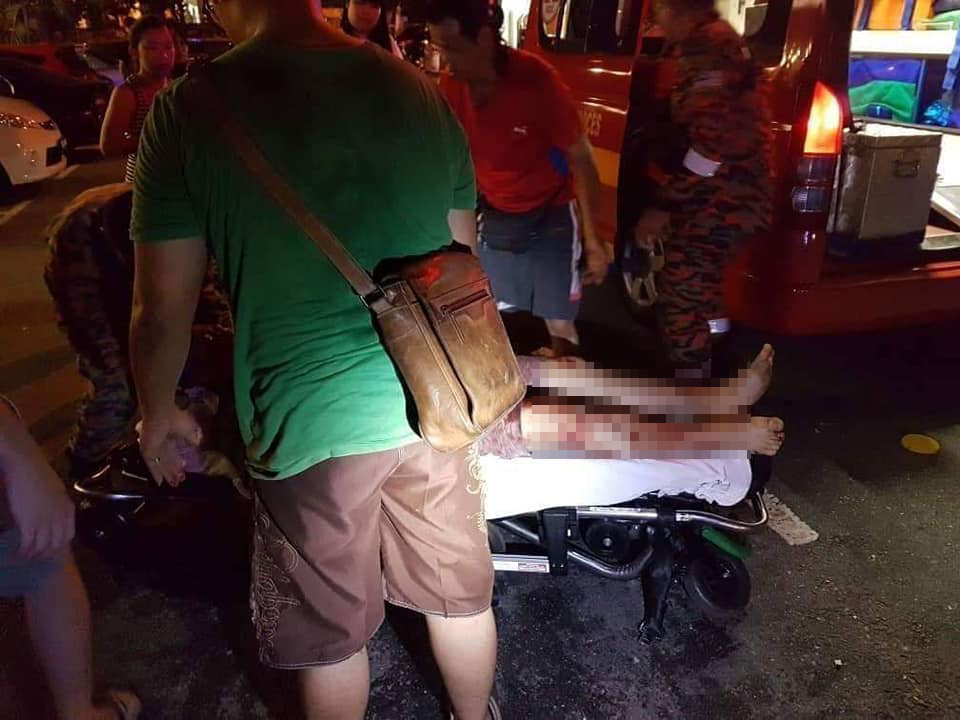 Updates from Sinar Harian further stated that the suspect escaped after the incident but was later detained at 1.43am today (19 November). The vehicle used was found at Taman Universiti Indah, Seri Kembangan.

His urine test turned out negative. According to Ismadi, the suspect’s blood sample has also been taken for the alcohol test and the remand will be taking place this morning (19 November) at the Petaling Jaya Sessions Court at 10am. 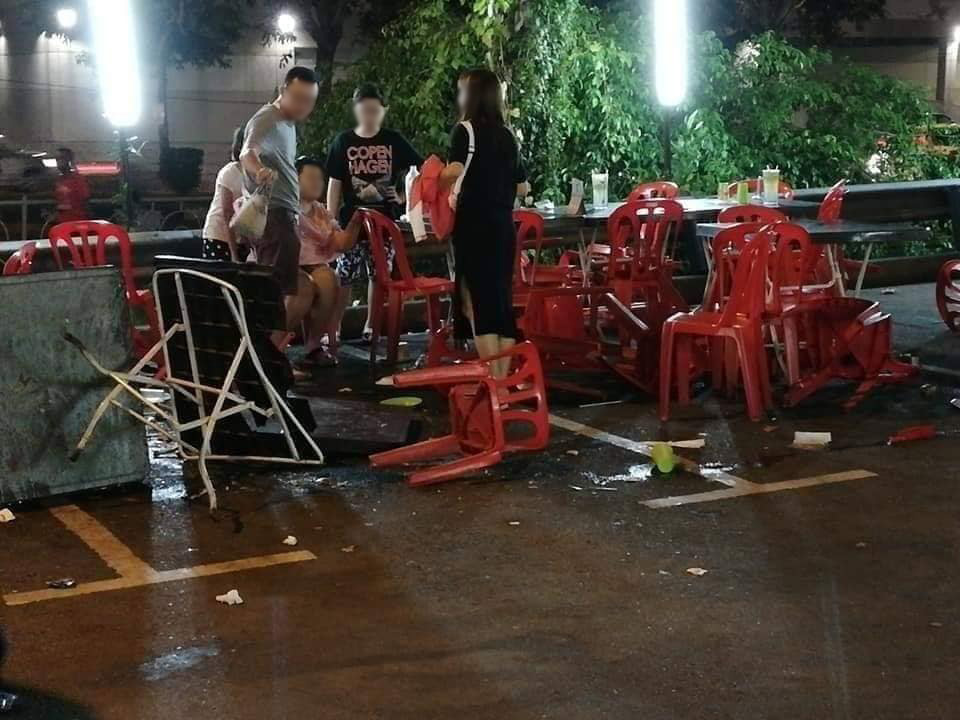 The case is being investigated under Section 41 of the Road Transport Act 1987 for causing death by reckless or dangerous driving.

You can watch the CCTV clip here:

It looks like nowhere is safe right now, even when you’re peacefully having a meal at open-air restaurants. Stay safe, peeps!

Also read: Popular Malaysian Singer Called 999 After Witnessing Accident, BUT NO ONE RESPONDED 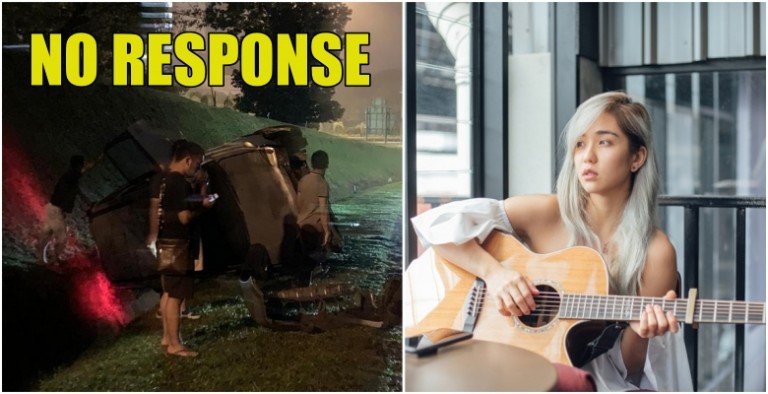