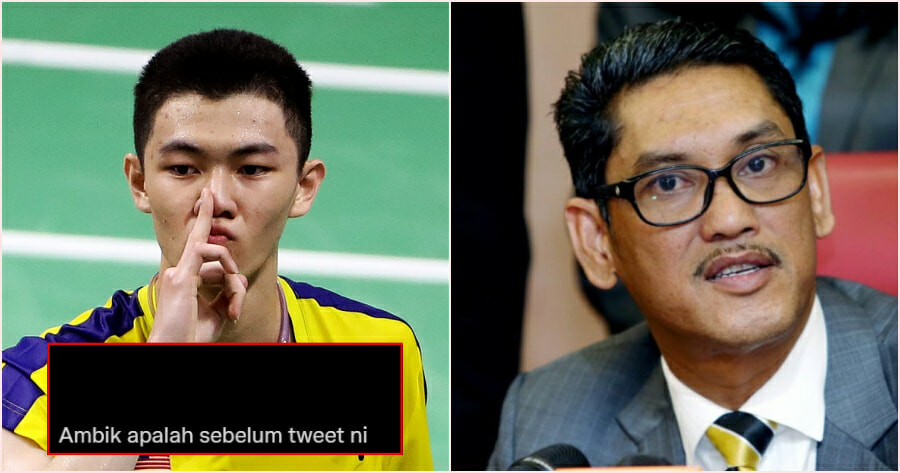 The recent issues between Lee Zii Jia and the Badminton Association of Malaysia (BAM) appear to have been resolved after several days of back & forth.

At one point, Youth and Sports Minister Datuk Seri Ahmad Faizal Azumu personally got involved in hopes of resolving the issue.

Following the dust which has since settled, it seems that the relationship between Ahmad Faizal and Lee Zii Jia is at its best.

Just yesterday (25 January), Ahmad Faizal shared a tweet on how he had received a call from Zii Jia. “Receiving a call from Lee Zi Jia, is like receiving one from my own son.”

Received a call from Lee Zi Jia; is like receiving one from my own son. He sounded very positive about things & made me a very happy man. Gong Xi Fa Cai, dude!! Be good to your parents!

“He sounded very positive and made me a very happy man, ” he added.

Netizens highlighted how random his tweet is and even made memes out of it which implied that he wasn’t in the right state of mind when he tweeted it.

“What did you take before this tweet,” asked one user sarcastically.

They also pointed out how he has misspelt his name

A number of netizens even went on to mock him for misspelling Lee Zii Jia’s name.

“You say he’s your own son, but yet you misspelt his name,” commented a user.

He even responded to some comments

Following the backlash he received in the comments section of his tweet, Ahmad Faizal personally respond to a few comments which had been trolling him. 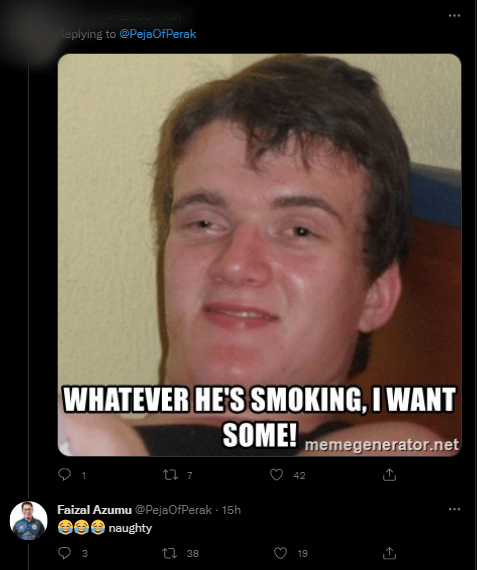 “If you don’t know how to spell his name, at least ask first,” commented a user, to which Ahmad Faizal apologised for.

Fortunately, Ahmad Faizal saw the humour in it and didn’t take things personally despite all the negative responses that were commented to his tweet.

Do you think that the tweets are super random? Or are netizens just trolling for the sake of it. Let us know in the comments. 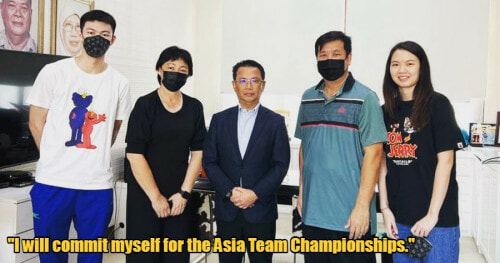