China has already been accused of deliberately trying to wipe out the Uighur Muslims in their country by detaining them, separating them from their families and brainwashing them into abandoning their roots in detention camps.

Soon after, an investigatory body told the UN that detainees were cut open while still alive to have their organs such as kidneys, livers, hearts, lungs, corneas and skin removed and turned into commodities for sale.

Now, it seems that dozens of Uighur burial sites have been ‘cleaned up’ in the span of 2 years.

Satellite images showcase what the cemeteries originally looked like and the empty plot of land that it is now. 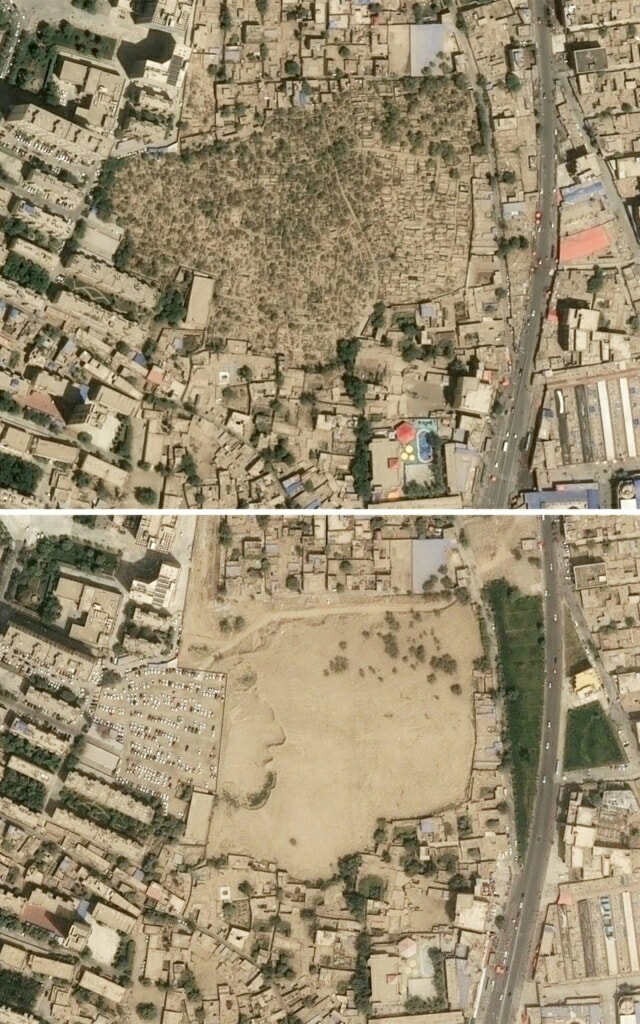 The tombs and human remains that were originally laid to rest at the location were smashed and scattered in desecrated cemeteries all over China’s northwestern region.

Official reports have stated that the purpose behind the destruction of Uighur burial grounds are for the ‘standardisation’ of old graves and urban development, but the Uighur people have said otherwise.

“This is all part of China’s campaign to effectively eradicate any evidence of who we are, to effectively make us like the Han Chinese,” said Salih Hudayar, as according to The Telegraph. 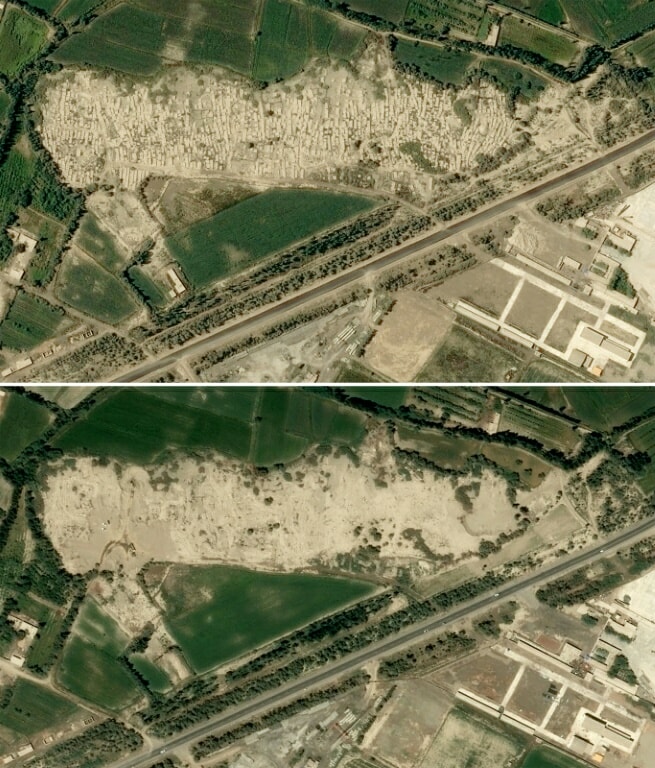 “That’s why they’re destroying all of these historical sites, these cemeteries, to disconnect us from our history, from our fathers and our ancestors,” added Salih, whose great-grandparents were buried in one of the now-demolished graveyards.

It was also reported that Chinese authorities have set up ‘burial management centres’ in an effort to exert control into even the most private aspects of the Uighur Muslim cultural existence.

Even in death, China does not allow them to rest in peace.

Also read: Over 400 Kazakh Muslim Students Refused to Eat Pork in China, Get Locked in Freezer with Pig Carcasses 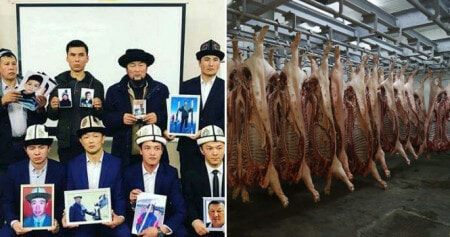