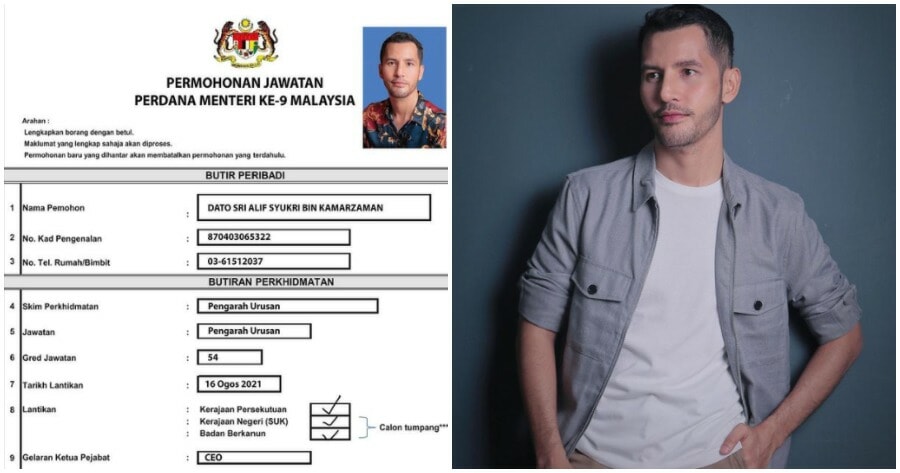 Malaysia’s 8th Prime Minister, Tan Sri Muhyiddin Yassin recently announced his resignation and the nation has been anxiously waiting for the announcement of who the next PM will be.

While social media has been abuzz for the past couple of days with netizens debating over the prospective candidates for PM, Instagram broke loose when Aliff Syukri, the founder of D’Herbs posted up his application form to become the next Prime Minister of Malaysia.

His sharing eased the tension felt by Malaysians and garnered varying reactions from the netizens.

Some were excited as he is an entertaining person and imagined the changes he would bring.

“[I] wonder if Dato becomes the PM, what kind of changes would happen to Malaysia…”

“That’s it, one Malaysia have to listen to Dato’s song in schools, government offices, and official events. The police then have to wear badang suit. Damaging.”

While netizens seemed ‘supportive’ of Syukri’s ascent to the PM role, his family didn’t seem to express the same sentiment.

His mother commented on his post saying “I would be the first to revolt” if Syukri became the Prime Minister. Well, a mother does know her kids best!

However, other netizens took the joke a little more seriously and were quick to criticise how he displayed his personal details like his IC number so publicly. Nonetheless, some netizens had done enough research to also point out that his IC number is fake as it ends with an even number. Male IC numbers are supposedly said to end with odd numbers.

Aliff Syukri is not new to controversy and criticism. But his post did garner laughs from Malaysians as the nation eagerly waits for the rise of a new leader.

What are your thoughts on Aliff Syukri becoming the next Prime Minister? 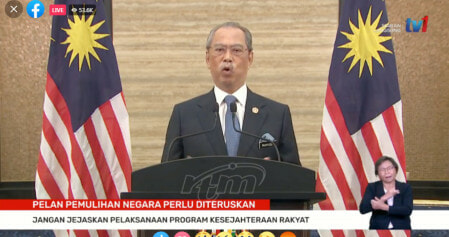