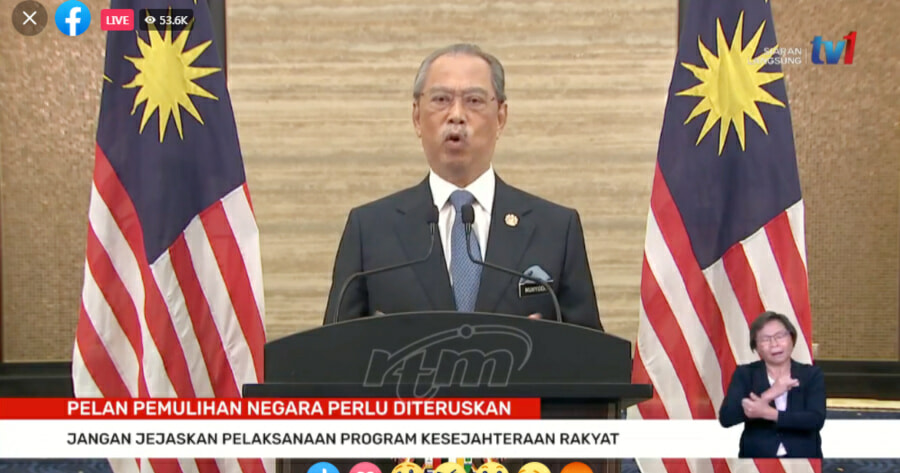 Prime Minister Tan Sri Muhyiddin Yassin took to a press conference earlier (16 August), to announce that today is his last day as the official Prime Minister of Malaysia.

“I would like to take this opportunity to apologise to everyone for all my mistakes and my weaknesses while I was Prime Minister,”

“And I hope the government which takes over the administration of this country will take good care of all of you, because it is the only thing that I care about,” he shared.

Though, it appears that he will still have to bear the responsibilities of Prime Minister until a replacement is selected.

Following the news of Prime Minister Tan Sri Muhyiddin Yassin’s resignation, the Malaysian National Palace took to their Facebook page to share that he will act as ‘caretaker’ Prime Minister, or as acting Prime Minister.

“Following the resignation, Seri Paduka Baginda would like that Yang Amat Berhormat Tan Sri Mahiaddin bin Md Yassin carry out duties as ‘caretaker’ Prime Minister until a new Prime Minister is selected,” they shared in a statement.

Also read: Muhyiddin To Address The Nation Live At 3pm After Meeting With YDPA 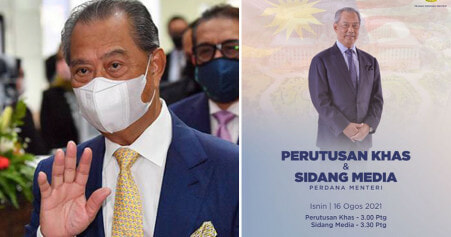