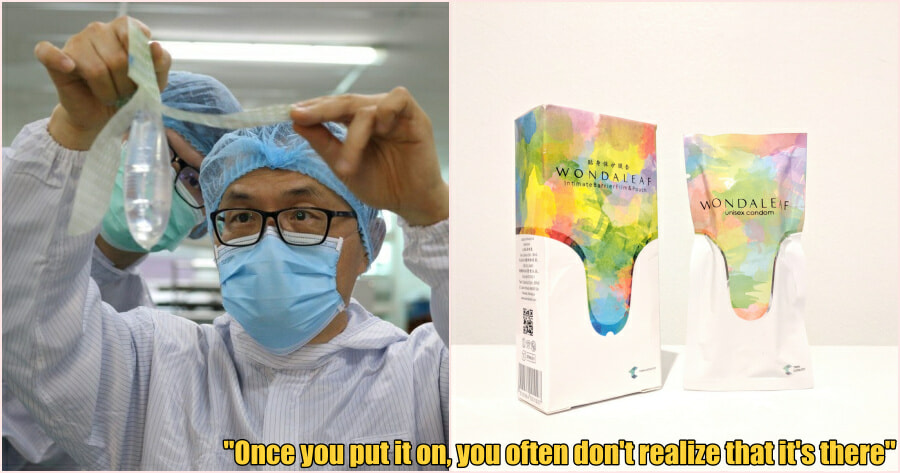 The Wondaleaf Unisex Condom has been in the works for a few years but was not available for commercial sale until recently.

According to South China Morning Post, Malaysian gynaecologist Dr John Tang Ing Chinh who is based in Sibu, Sarawak, has created what he says is the world’s first unisex condom that can be worn by females or males and is made from a medical grade material usually used as a dressing for injuries and wounds. “It’s basically a regular condom with an adhesive covering. It attaches to the vagina or penis, as well as covers the adjacent area for extra protection,” said Dr John who works as a gynaecologist at medical supplies firm Twin Catalyst.

The adhesive is only applied to one side of the condom, he added, meaning it can be reversed and used by either sex.

He stated that the condom is made from medical-grade materials commonly used to dress wounds – such as polyurethane, and works just like any other condom would.

“Once you put it on, you often don’t realize that it’s there.”

According to the product’s website, the condom’s default configuration is as an internal condom, but it can be converted into an external one by simply inverting the pouch.

The condom has so far gone through several rounds of clinical research and tests, and will most likely be available for commercial purchase online by the end of 2021. 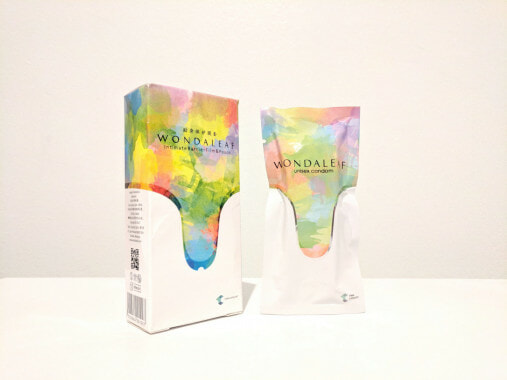 According to Wondaleaf’s “About” page, Dr John through his long career as a gynecologist became “sick and tired” of abortions and was concerned of the spread of sexually transmitted diseases. This prompted to him researching the root cause of the issue.

“Through his research, he found that condoms were mostly used by men, and that they were prone to slipping if the man lost his erection during intimacy. He also found that most existing condoms only provided protection to the genitalia, but not the abdominal area, which was also prone to STDs.”

He also realised that many of his patients were not aware of the female condom, with most couples resorting to simply not using a condom if the man didn’t want to use a condom.

This sparked the idea of the Wondaleaf Unisex Condom, which was invented in 2014 as a barrier that balances condom thickness, protection and affordability.

“Based on the number of clinical trials we have conducted, I am quite optimistic that given time, it will be a meaningful addition to the many contraceptive methods used in the prevention of unintended pregnancies and sexually-transmitted diseases,” said Dr John.

On the website, the Wondaleaf condom will go on sale for RM14.99 for a box containing two condoms and accompanying lubricant sachets and retention gauzes.

You can find out more about the product here.

Will you be giving it a try? Let us know in the comments. 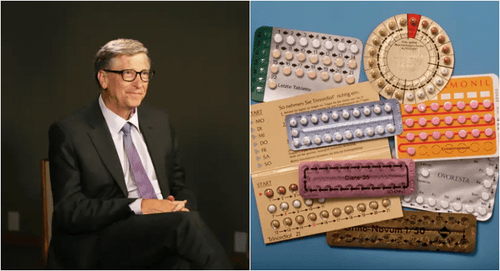