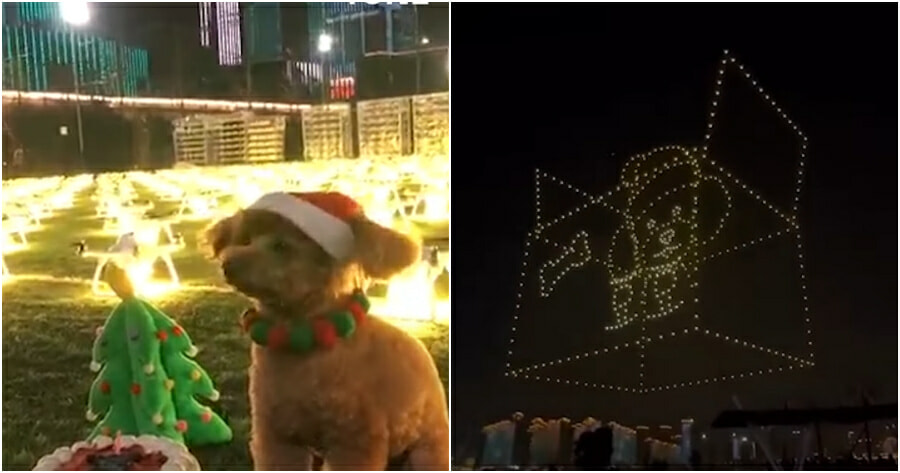 Recently, a woman in central China’s Hunan province decided to show some love towards her pet dog, Dou Dou during its birthday by spending approximately RM66,000 and hiring a number of 520 drones. 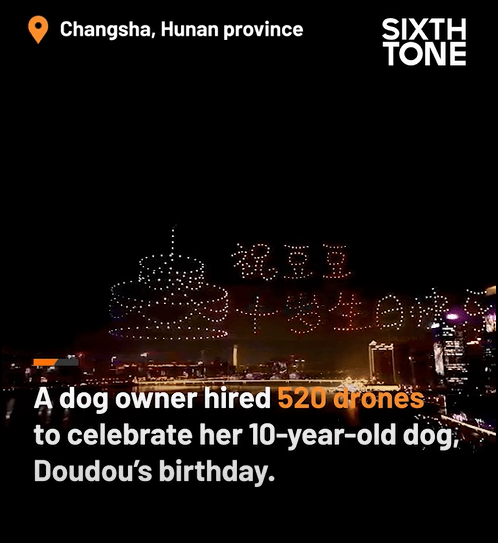 The drones were organised to form Chinese characters which say “Happy 10th birthday, Dou Dou!” The drones flew above the Xiangjiang River in the city of Changsha, as reported by Sixth Tone.

The drones would later move again to form into a shape of a birthday cake and a gift box with a bone in it. 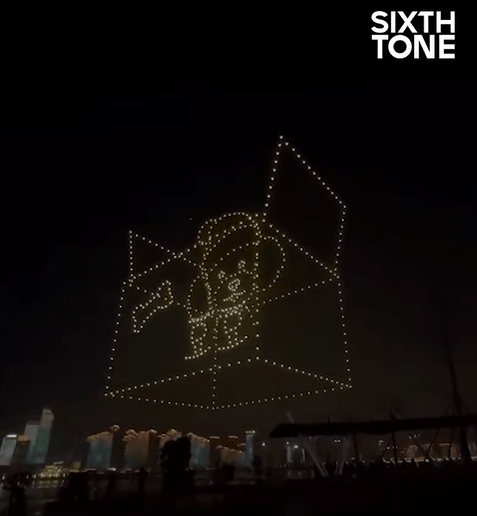 In case you’re wondering, why 520 drones? It’s simple, actually. The number 520 is just an urban slang of the Chinese to say I love you as the Mandarin pronunciation for the numbers are similar to the romantic phrase.

In the video, you can see the dog owner putting a Christmas hat on the dog’s head before singing the birthday song. 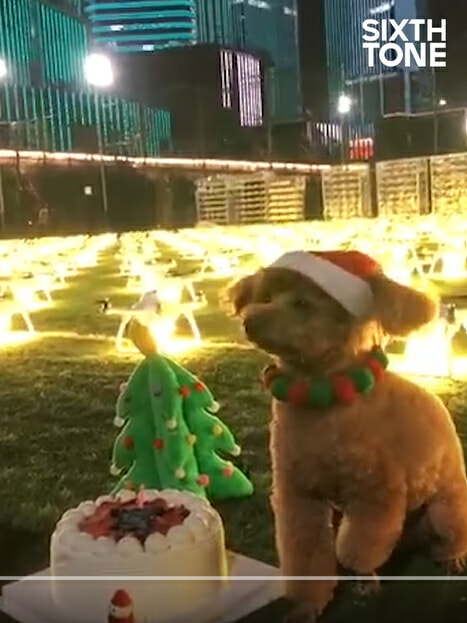 Additionally, the drones were actually NOT permitted to fly as the area of the residential buildings has been designated as a no-fly zone for drones. The police stated that they were not aware of the drones and the event, and reiterated that people should always apply for permits from the police before flying a drone in the area.

“We would shoot down the machines if spotted,” the police reminded.

Would you go this far to show your love and appreciation to your pet? 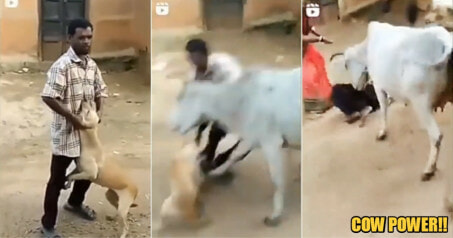