This is seriously terrible! In order to be able to pay her university fees, a 22-year-old Malaysian girl was forced to have sex with a pervert who kept blackmailing her with her nude photos.

Kuan Chee Heng, the founder of Community Policing Malaysia, recently shared on Facebook about the poor girl, who was on the verge of committing suicide as she couldn’t stand the blackmailing. Apparently, it started when the girl was working part-time as a waitress to make ends meet as she was raised by a single mother. 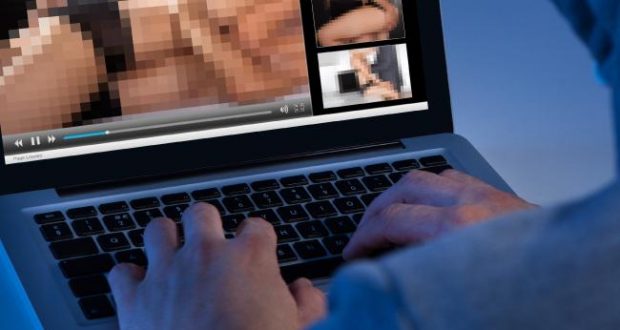 For illustration purposes only | source: kimberley

Her mother works as a confinement lady and had single-handedly raised the girl and her sibling, but when the girl wanted to further her studies, she decided to pay her own way as she didn’t want to burden her mother. While she was working as a waitress, she met this perverted man, who promised her that he would help her pay for her tuition fees in exchange for sex.

At first, she was reluctant to do so but after much coaxing, she agreed as she really needed the money to do so. On 7th May, she agreed to meet him at a hotel in Puchong Perdana. However, he broke his promise and did not give her any money then, and she even had to pay for her own transport fees back to her rented room after the deed was done. WTF!

It seems like the pervert wasn’t satisfied with just that and called the victim three days later, demanding to have sex again. She refused to do so, but he showed her that he had secretly filmed them having sex and had even taken photos of her genitals while she was unaware. He threatened to release these images online and on her college platform.

The girl was scared and helpless, so she was forced to comply with his demands. He promised her that if she had sex again with him then he would delete the photos but on 25th May, the pervert contacted her again and sent three photos of her naked body.

She was terrified and wanted to commit suicide as she did not want to go through the ordeal again but luckily, she turned to one of her friends for help. It was then that her friend introduced Kuan, and he stepped in to save her from the blackmailer. They hatched a plan to nab the pervert and asked her to wait at the designated meeting point for the man.

After two hours, he appeared and she asked him for his mobile phone. She was sickened by what she saw, as he not only had her nude pictures that were taken without her consent, he had numerous other nude photos and videos of other women as well. He also had photos of bras and panties that he claimed to have bought or stolen from other women.

Kuan and the others handed the man over to the police and saved the innocent girl from the man’s threats. Kuan said that he was very angry when he saw how the pervert ignored the pleas of the girl to let her go. When they managed to nab the man, it was his turn to beg and plead for mercy. Karma’s a b*tch, eh?

He also advised others who are facing similar situations or need help to make a police report – or even need some advice on a troubling situation to call Community Policing Malaysia at 018-2682999.

Hopefully, the pervert will get the punishment he deserves and kudos to Community Policing Malaysia for nabbing him!

Also read: Police Have Caught a 17yo Johorean Boy Who Solicited Nudes from Over 20 School Girls 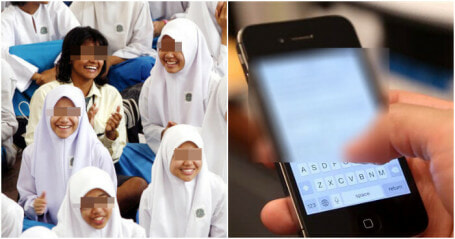