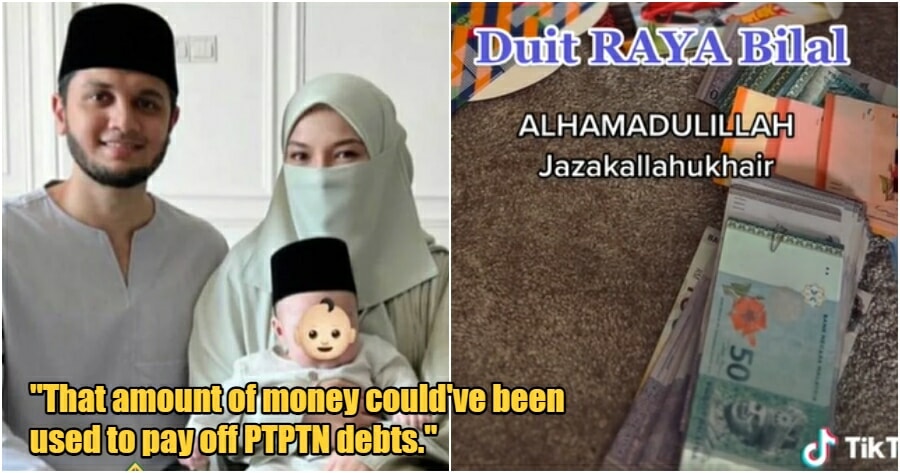 Duit Raya is probably 1 of the most anticipated things during the festive season and little kids are often excited about it. As for the babies, the amount that is given to them rarely exceeds 3 figures but that’s not the case for a local celebrity & entrepreneur.

Recently, Neelofa shared a surprising moment via her TikTok account and revealed the amount of Duit Raya that her 3-month-old baby boy, Bilal received over the 1st week of Raya. 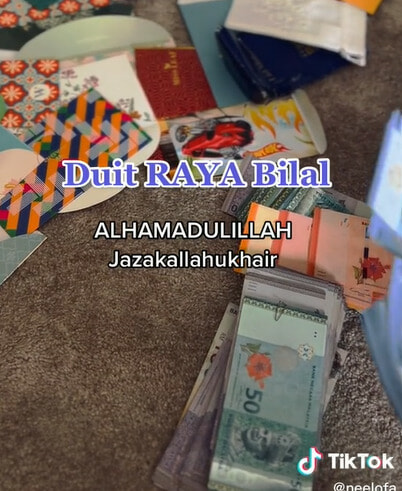 “Praise be to God. Thank you to all who have given Mohd Bilal his Duit Raya. He has RM14,000,” Muhammad Haris, the husband of Neelofa said.

In the 45-second video, the couple can be seen counting the banknotes which mostly consist of RM50 and Rm100. There is even a banknote of 1000 AED!

As it is unusual for an infant to receive such an amount of Duit Raya, the video has gained the attention of Malaysians and they had a lot to say. Some wondered what they could’ve done with RM14,000.

“Bilal’s Duit Raya is equivalent to 3 years of our savings.”

“That amount of money could’ve been used to pay off PTPTN debts.” 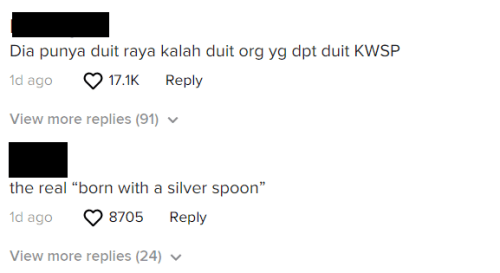 “His Duit Raya beats the people who had just withdrawn their KWSP.”

In the meantime, some Malaysians think that it is best for Neelofa to keep some things to herself and not flaunt them on social media.

“Some people counted the money, some people don’t even know what to eat for tomorrow. Some things are not meant to be revealed. Be sensitive.”

“3 things that should be kept as a secret. Your age, your family affairs, your properties.”

Bilal is certainly lucky to receive RM14,000 for his Duit Raya as an infant. However, do you think it’s up to Neelofa to share whatever she pleases with the Malaysians, or do you think some things are not meant to go online?

Also read: RM3 For Duit Raya is Considered Stingy? M’sians Say We Should Be Grateful & Stop Asking For More