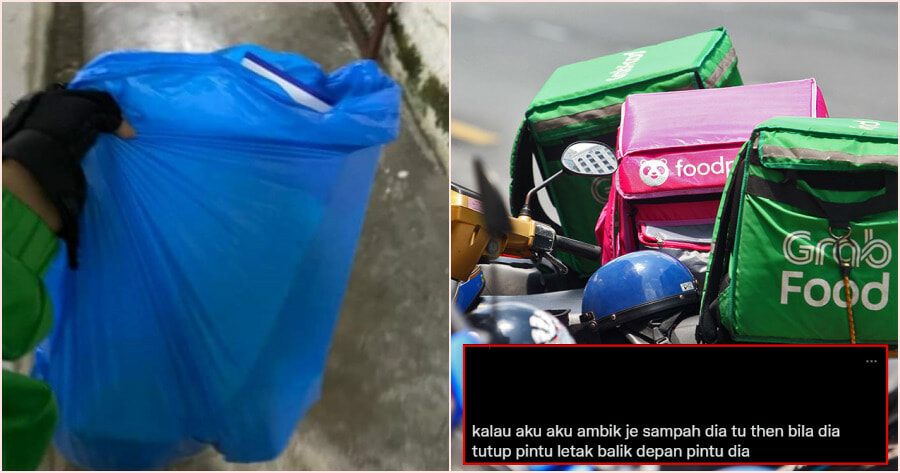 Food delivery riders often get into some odd and challenging situations. However, they power through the obstacles despite the amount of inconvenience it poses to them.

Recently, a Malaysian food delivery rider took to the ‘GrabFood Rider Malaysia’ Facebook page to share a strange experience he encountered whilst on the job. 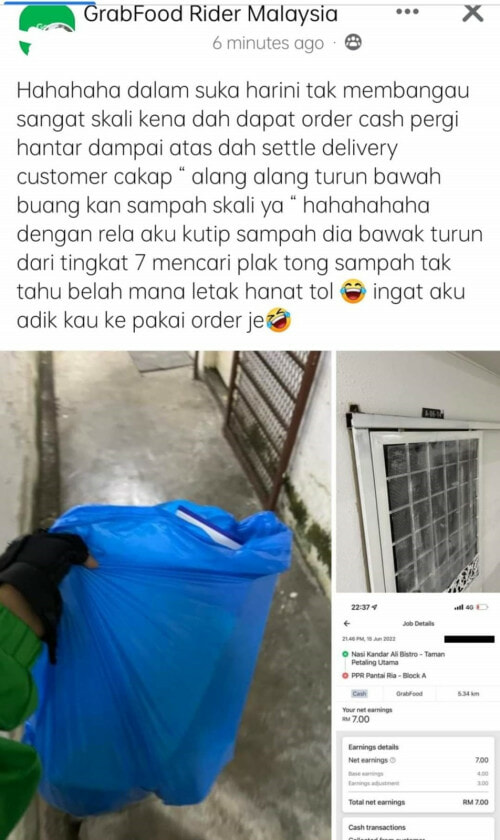 Although we could not locate the original post, his post has been screenshotted and shared on Twitter. The post reads, “I received an order for cash, and when I arrived, I handed the customer the food. The customer said, ‘might as well you go and throw my rubbish downstairs’.”

“So I collected their rubbish and brought it downstairs from level 7, had to find the place to throw the rubbish as well. Did they think I was their little brother to order me to do things like this?”

“It must have been a pretty lady.”

The food delivery rider experience found its way on Twitter, where netizens expressed amusement over the story. A couple of users pointed out that it must’ve been a pretty lady who convinced a man to do something like that.

“Normally, guys always become dumb like this when it comes to a pretty lady,” said a user.

Another commented, “I thought only women do dumb things when they’re in love. It turns out men are the same… he saw a pretty girl and immediately accepted the request. Wow!”

Some said that he shouldn’t have just obeyed

Meanwhile, some users slammed him for obeying the customer and said he should’ve just turned them down.

“Doesn’t he have a mouth to respond? Just say, ‘it’s your rubbish, so you throw it away from yourself?’,” said a user.

Another told him just to ignore such requests next time. “You shouldn’t entertain lazy people like these.”

“If it were me, I’d have just taken the rubbish but put it back in front of their door when they closed it,” commented another.

What do you think about it? What would’ve you have done? Let us know in the comments.

Also read: M’sian Father Carries His Little Baby With Him As He Makes Food Deliveries 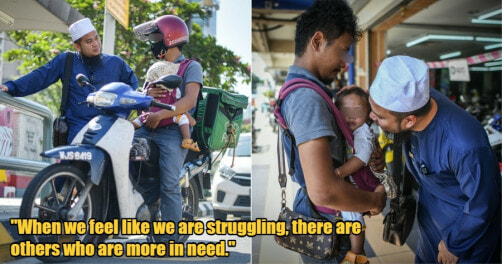