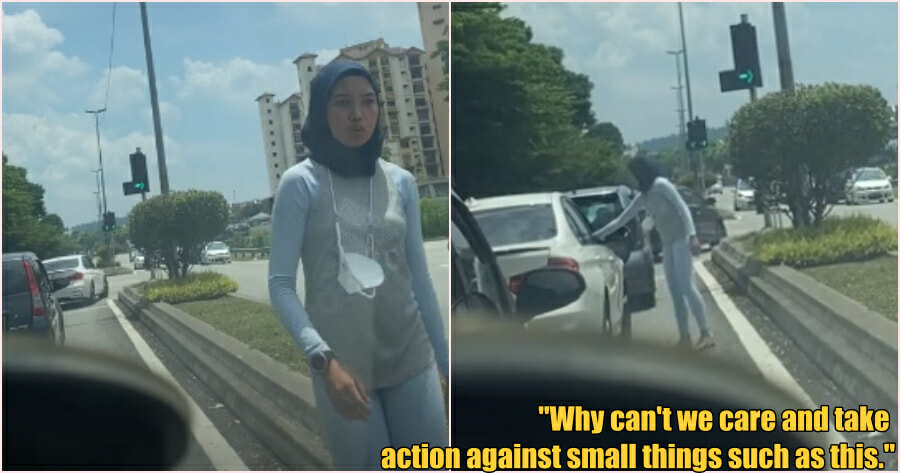 As we all may know, Malaysia has a huge littering problem as many people often simply dump their rubbish in public spaces such as waterfalls, and tourist attractions. To combat such littering, some Malaysians have resorted to fighting back such as the recent clip of a badass makcik who shouted at a tenant for throwing rubbish out of their flat.

Now in a recent TikTok video, another Malaysian woman has fought back against a litterer who threw rubbish out of his car at a traffic light. The video which was posted by fitness manager Eliza, featured her exiting her car to pick up the rubbish thrown onto the road by another commuter and returning it back to him. 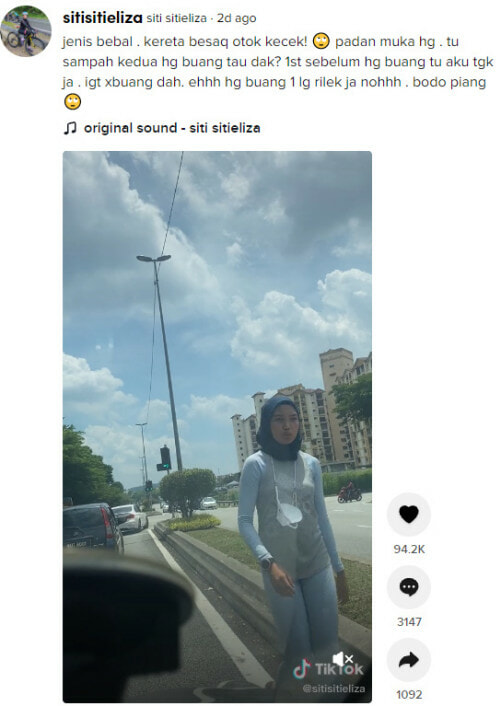 In the video you can see the irresponsible BMW driver throwing rubbish out of his car onto a busy road in Puchong. 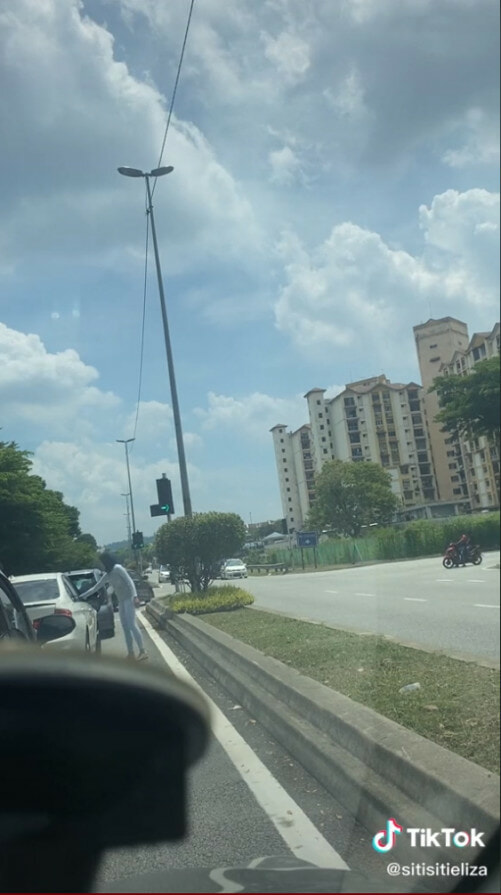 Speaking to WORLD OF BUZZ, Eliza said that she had taken the video completely by coincidence. “I wanted to turn off the Waze app on my phone as I was nearing my housing area. At that time the traffic light was red and I saw him throwing the first piece of rubbish onto the divider.”

“I then saw that he did it again but this time, he threw the piece of rubbish onto the road. I felt angry as I would never do that as it can become a hazard. I immediately started to think whether or not I should confront him but I was worried that maybe he would retaliate and attack or touch me.”

Regarding the reactions of other members of the public towards her action, Eliza mentioned that no one honked at her or scolded her for leaving her car on the road at a traffic light which has just turned green. “Many people just laughed and showed me a thumbs up.” 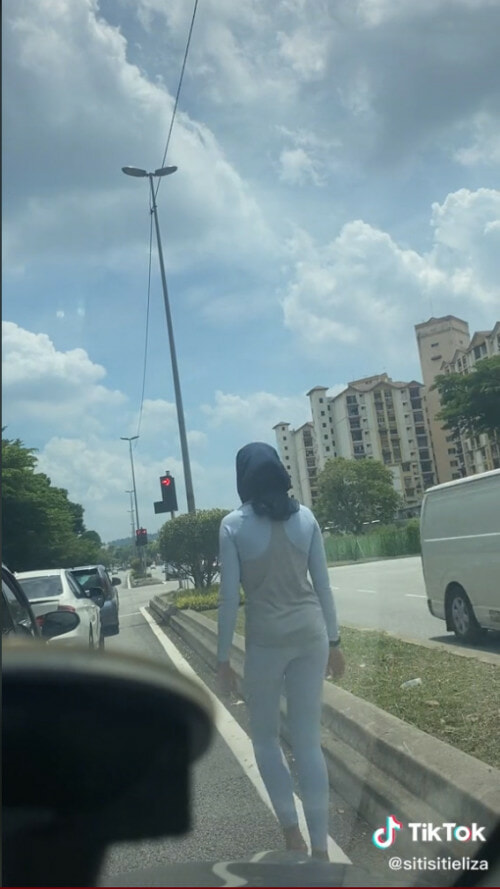 Fortunately for Eliza, the litterer did not react badly and he remained quiet as she handed him his rubbish back. He then sped off.

She then urged Malaysians to be braver and take action against such instances.

“For those who keep thinking that everybody should just mind their own business, don’t we live on the same world and share the same land and air? Why can’t we care and take action against small things such as this.”

The TikTok video had garnered plenty of attention and currently has over 1.3 million views and over 90,000 likes. Malaysians took to the comments section to praise her actions with some wishing that they had the same sense of courage that Eliza has. 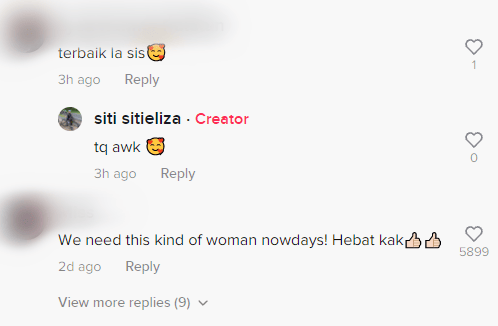 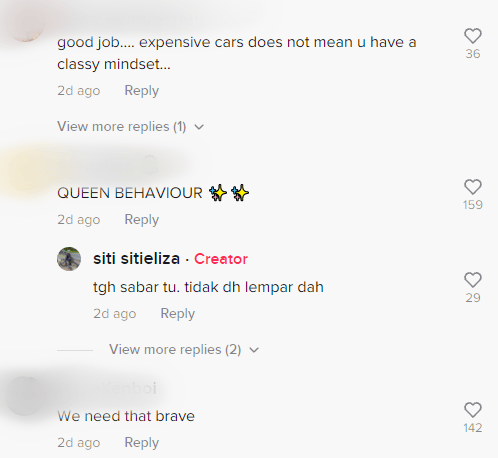 Some pointed out how calm Eliza is despite it being a green light. One user said, “You are so relaxed whilst walking even though the traffic light has turned green. If it was me I’d be running back to my car.” 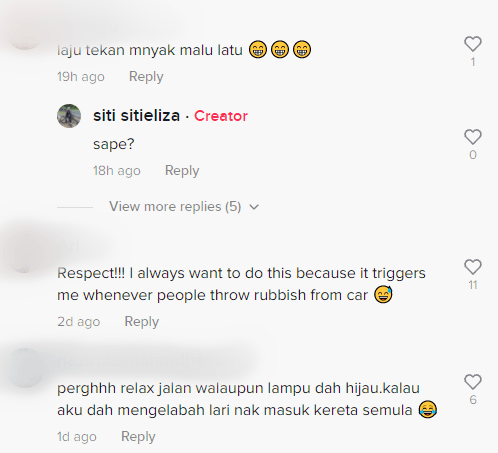 Apart from possibly being embarrassed by such actions, litters  who are found guilty may be fined a maximum of RM500 for your first offence, and subsequently, RM1,000 if caught under Section 47 of the Street Drainage and Building Act 1974.

Let’s take this moment to remind people not to litter as it is not only bad for the environment but can pose a hazard to other people. Please dispose of your rubbish responsibly and in the appropriate places.

Have you encountered similar instances of people littering? Let us know in the comments.

Also read: “The whole flat can hear her” – Badass Makcik Shouts at Tenant for Throwing Rubbish Out of Their Flat 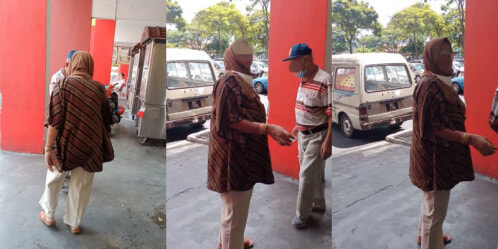