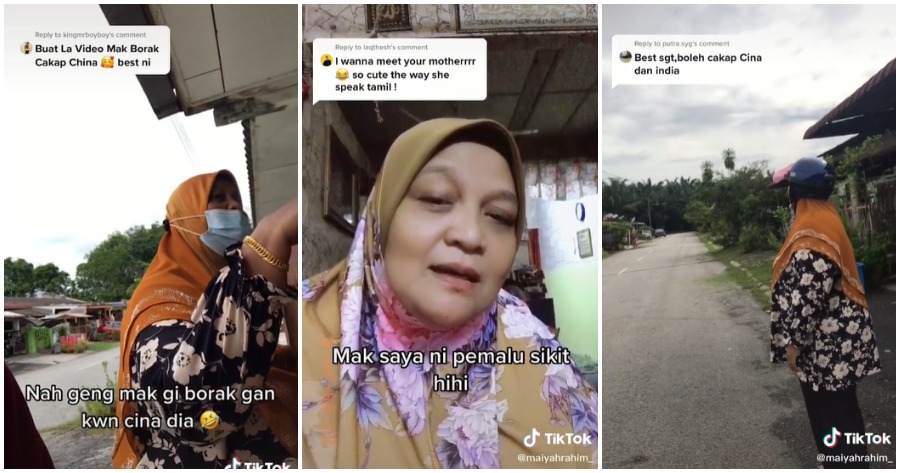 How far would you go to bridge the gap between you and your neighbours?

Well, if you’re anything like Mak Cik Fatimah, you certainly have all our respect! Recently, a woman from Ipoh who goes by Mak Cik Fatimah Mat Kasar gained popularity after her daughter (@maiyahrahim_) uploaded a couple of videos of her on TikTok conversing in both Tamil and Cantonese with her fellow neighbours.

In their recent posting, the Mak Cik Fatimah started off by saying that her daughter Sumaiyah, would be giving her National Day wishes. To the audience’s surprise, Mak Cik’s daughter gave her wish in Tamil as well!

“Malaysia is celebrating its 64th Independence Day! We pray that our country will be free from Covid-19!”

It’s impressive that the mother’s multilingual skills are passed down to her daughter. 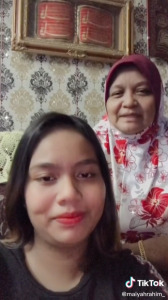 In a previous video, Mak Cik Fatimah expressed her gratitude for all the love and supportive comments she received in response to her daughter’s TikTok videos.

“Thank you so much for watching, commenting and sharing my videos!” said an adorable Mak Cik Fatimah in Tamil. 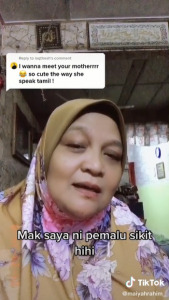 Many netizens were beyond impressed with her fluency in both Tamil and Cantonese as she easily conversed with her neighbours. TikTok users even requested to see more footage of it!

When asked if it was hard for her to learn the language, Mak Cik Fatimah said,

“It isn’t hard as long as there is a will to continue until we get it.”

Mak Cik Fatimah picked up the Tamil dialect as she was surrounded by Indians while she was growing up. As for the Cantonese dialect, she shared that she picked it up and learned it at her workplace.

Replying to a comment, Mak Cik Fatimah said she utilises all three languages especially Tamil in scolding her kids at home! In this video, Mak Cik Fatimah is seen conversing with her neighbour saying that she is heading to Batu Gajah. 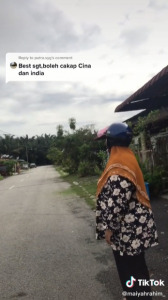 Some netizens were amused and praised her while others sent their good wishes to Mak Cik Fatimah. 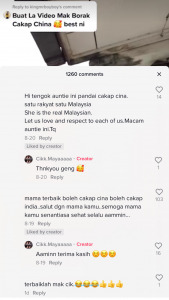 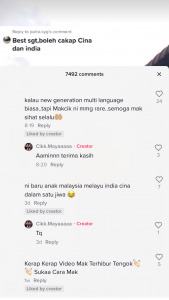 May the spirit of unity live through our Malaysian souls just like Mak Cik Fatimah as we celebrate our 64th National Day! Her proficiency in different dialects shows us that cultures and beliefs should not stand as a barrier in between cultivating good relationships among neighbours. This unity will always be the identity of Malaysia’s melting pot of diversified cultures.

The true beauty of Malaysia lies in the diverse and multicultural community that live together harmoniously. This National Day, let’s share in the goodness of unity as Malaysians! 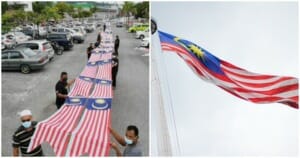