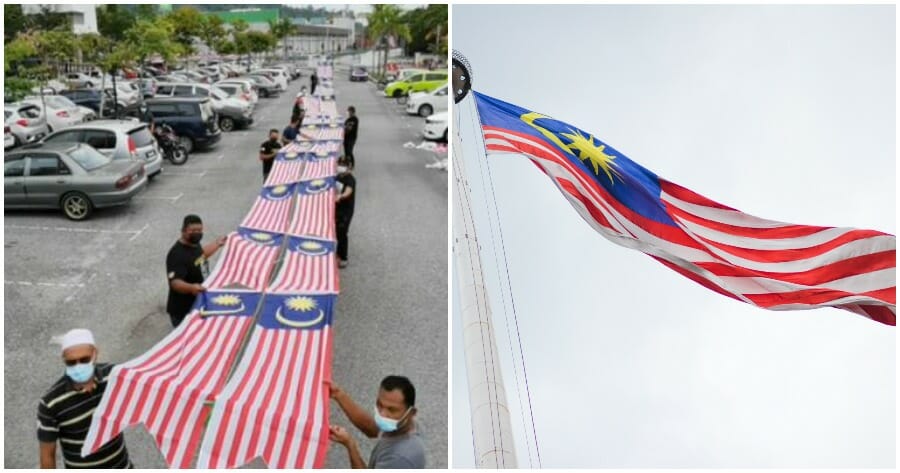 In conjunction with the celebration of Malaysia’s 64th National Day, the residents of Padang Hiliran PPR, Kuala Terengganu have come together for a gotong-royong to create a giant Jalur Gemilang that’s 50 metres long to hang on their 17-storey building.

Zabri Awang, a retiree who is staying in the residence said that installing the Jalur Gemilang has become a yearly routine for him since he moved there in 2015.

“All of the residents here regardless of whether they are Malay, Chinese, or Indian would all come together to install the Jalur Gemilang to celebrate the National Day on 31 August.” 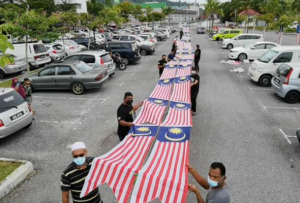 On the other hand, Yeow Kim Lien, a housewife also expressed her love for this nation as she urged everyone to be united.

“We celebrate National Day together, Malaysians have to be united.”

Astro Awani reports that the residence of this PPR took five days to complete this giant Jalur Gemilang by using 42 flags. They also hung around 2,000 flags of different sizes all around the residential building which added to a total cost of about RM 1,500.

This annual traditional activity in Padang Hiliran PPR strengthens the bond between residents while they keep up with their busy working schedules. They also hope the community there would be concerned with their surroundings by maintaining SOPs to curb the spread of Covid-19. 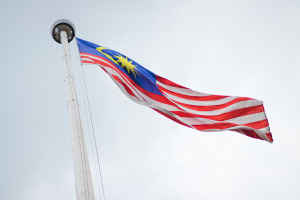 It’s impressive to see that the patriotic spirit of these Malaysians has not perished despite the trying times and political climate. May this be a source of inspiration for others to start expressing their love for the nation!

Have you started hanging your Jalur Gemilang outside your homes? Let us know in the comment section.

Read Also: Here’s ALL The Ways You Shouldn’t Be Wearing The Jalur Gemilang On National Day 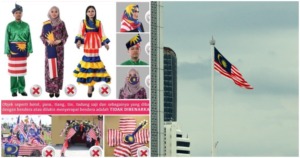