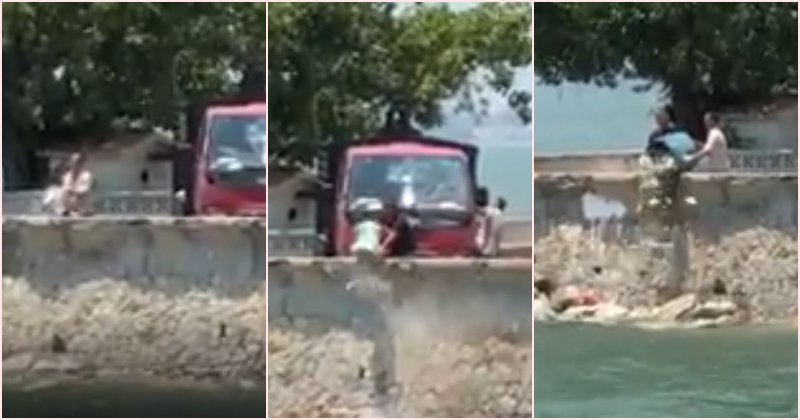 Shocking footage of two men dumping rubbish into the sea near Farquhar Street, Penang went viral on Facebook, much to the horror of netizens.

The failure of some Penangites to follow proper garbage disposal guidelines is certainly a disgusting sight for islanders wanting a cleaner Penang.

The 90-second video witnessed two men walking back and forth to the lorry emptying waste into the sea.

According to a report published in The Star, the waste originated from a construction site.

Taking place at around 2pm on Friday, the rubbish dumping activity got the attention of the Penang Environment Committee.

Its Chairman, Phee Boon Poh said that the lorry has been identified via a closed circuit television (CCTV) camera.

Netizens commenting on the post have called for the State Government to take action against them. And some wanted their bosses to be punished as well.

“Report them, please. These people and their bosses need to be jailed.”

“Attach the contractor’s company truck with it. At least they can’t dispute. Disgusting they are!”

According to Phee Boon Poh, the Penang Housing, Local Government, Town and Rural Development Committee Chairman Jagdeep Singh Deo has been informed of the incident.

We sincerely hope that swift action will be taken to punish those involved and that this will stop others from repeating this action in the future. 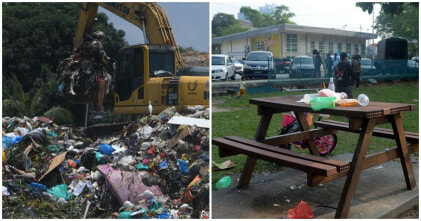