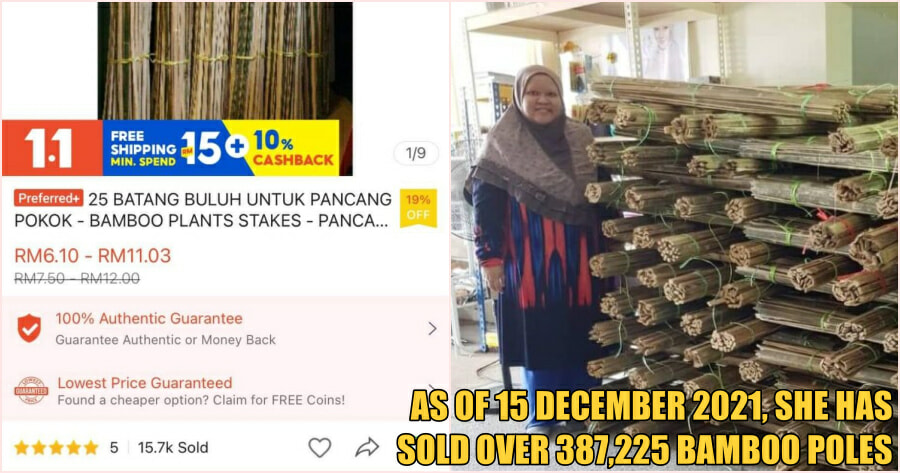 As we all may very well know, online shopping platforms have a range of items for consumers from the basic necessities to the unexpected. Some interesting and funny examples of products that have been listed on the platform include: ‘bad’ drawings, virtual slaps and even for someone to have a chat with you!

However, a businesswoman from Kelantan found herself generating massive income as well as helping secure jobs for those in her area simply by selling bamboo poles!

In an interview with VOCKET, 41-year-old Zarini Jaafar explained how her interest in gardening and landscaping ended up helping her financially in a big way after she decided to list bamboo poles on an online shopping platform!

She mentioned that she was previously active in selling beauty products online and has even come up with her own skincare brand called Darina. She then expanded her business venture by selling halal-certified cooking paste. 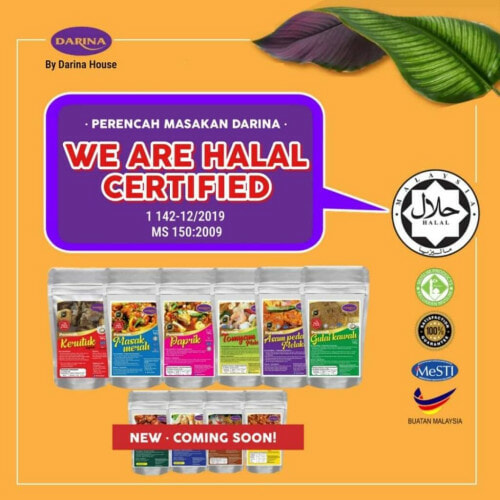 When the Covid-19 virus hit the country, she was put to the test as her products had failed to reach the high purchase targets which led her to list her products on Shopee in hopes of a better outcome.

Amongst the many products listed, one that is unexpected was the fact that she was also selling bamboo poles.

Explaining how she had come up with the idea, Zarini said, “I have been using these bamboo cuttings as stakes for my tree plants at home. One day, I decided to add this bamboo poles as a sale product in my Shopee store, in addition to my Darina products.”

She even revealed that the bamboo poles have generated sales of more than RM50,000 in 2020, and increased to over RM130,000 this year. Her highest sales were in June and August of this year, which is in line with the Hari Raya Aidilfitri and Hari Raya Aidiladha seasons.

Helping her fellow villagers and her plans for the future

The female entrepreneur said that she hires her fellow villagers, especially those who came from the Pasir Mas and Tumpat area in Kelantan, most of whom have been unable to find a stable job due to the prolonged MCO period.

“Even during the recent flood crisis, they would help me transport the bamboo and send it to us on a boat. Their commitment to this task is truly inspiring.” 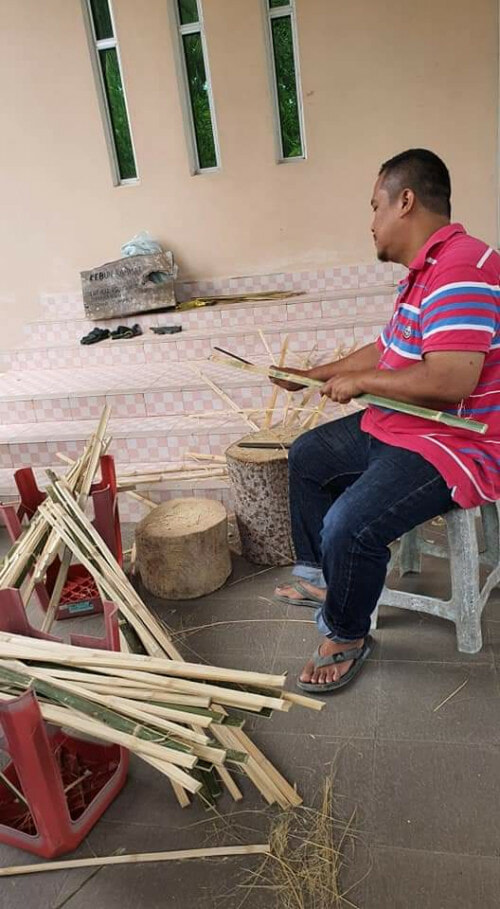 In regards to her plans for the future, Zarini hopes to open a factory to increase the production of her bamboo poles.

“There are also many other products that I would like to include in my catalog so that more people can buy from my store,” she said.

She added, “At the same time, I want to focus on my cooking paste business in order to help and support the factory workers in my hometown.” 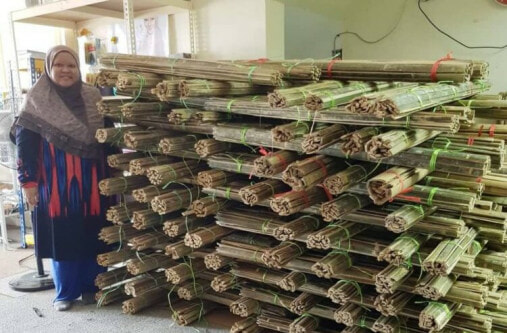 If you’re interested to buy some bamboo poles or any of her other products, check out her Shopee profile.

How inspiring is Zarini’s story? Let us know in the comments. 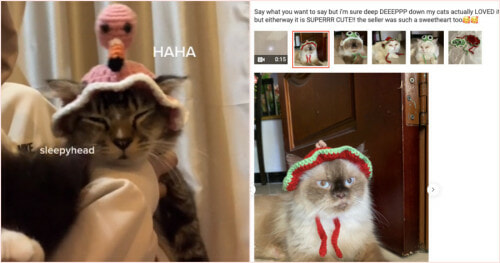