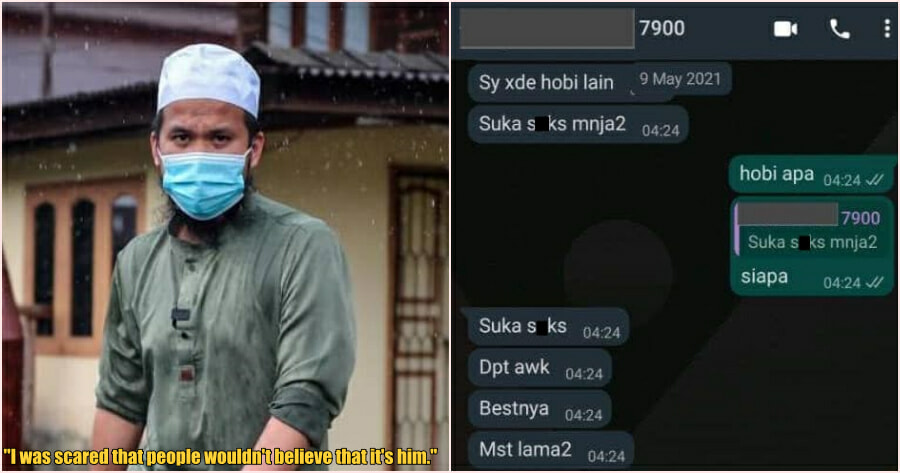 Recently, Ustaz Ebit Lew was called in for questioning by the police on 19 August due to an ongoing investigation into sexual harassment claims against him.

The Royal  Malaysian Police (PDRM) had then issued a statement which stated that “PDRM requests all parties not to make any speculations and provocations to ensure that this case can be investigated transparently.”

“The public is also advised not to make any distribution of material that could affect the police investigation.”

However, recently a Telegram channel called “Bukti Bukti Mangsa Ebit Liew” has been gaining traction after its creation just two days ago on 21 September. The Telegram channel currently has more than 100,000 subscribers at the time of writing. The group’s description reads, “All of the collected evidence will be displayed here.” 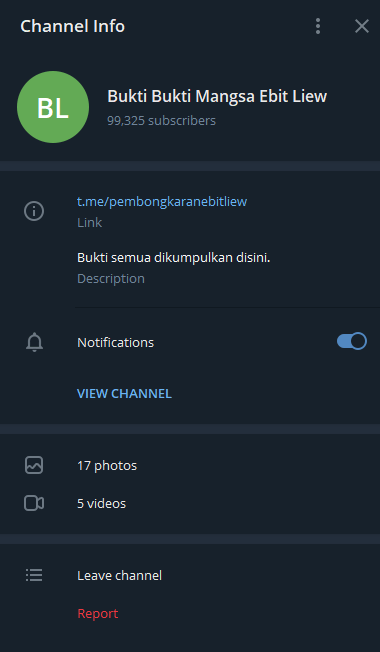 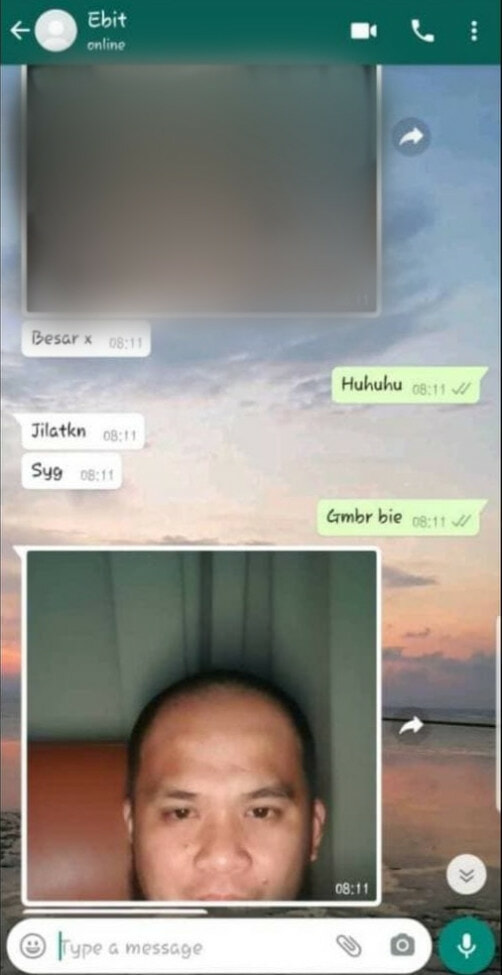 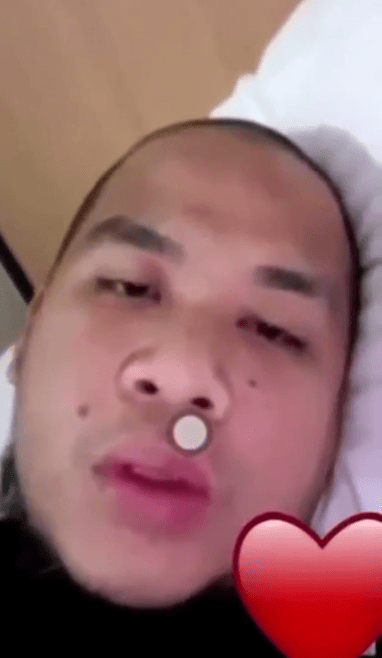 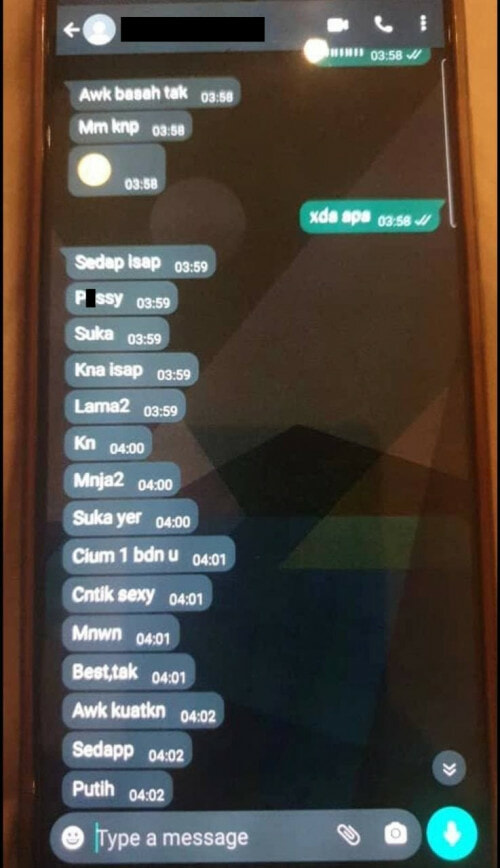 The screenshots of the conversations also depict how Ebit Lew allegedly continuously harassed his victims and depicted how he was cheating on his wife. 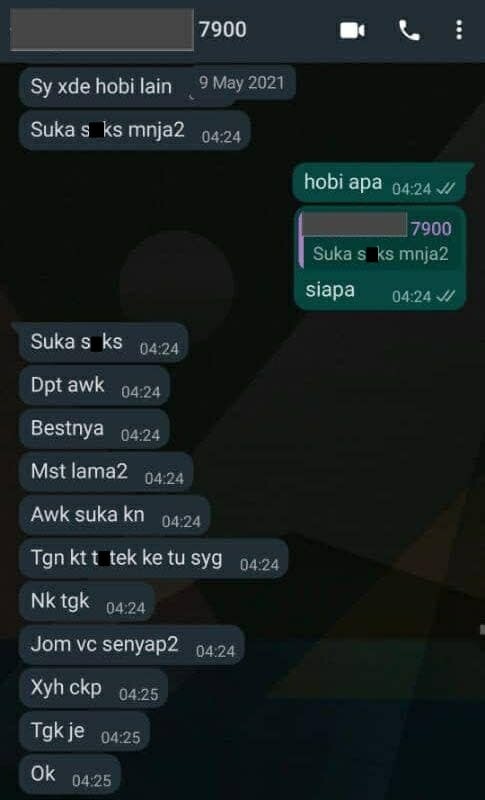 It was also showcased in one of the images in the channel that the number shown in the WhatsApp conversations between Ebit and his victims can be confirmed to be his number, as he had used it previously as a contact number for one of his motivational talks. 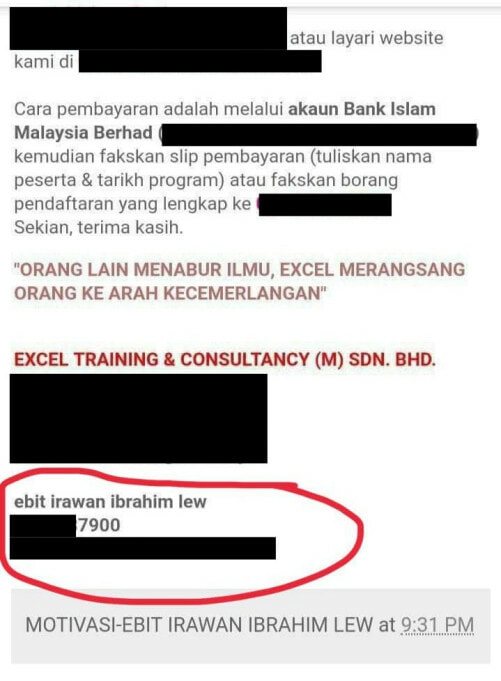 Meanwhile, the channel also included images of two police reports which were submitted by the alleged victims.

In the police report below, the victim’s statement which was apparently filed back in July reads,” In June 2021 when I was at home, Ustaz Ebit Lew video called me. During the video call, he showed his private parts, pleasured himself and performed lewd acts.”

“Before this, he had also video called me a few times and performed lewd acts. Besides that, he also sexually harassed me via WhatsApp since May 2020. I feel stressed and traumatised with what has happened.”

The victim added, “My motive for making a police report is so that the police can investigate Ebit Lew who used religion and manipulated my weaknesses for his own pleasure by sending me lewd images.” 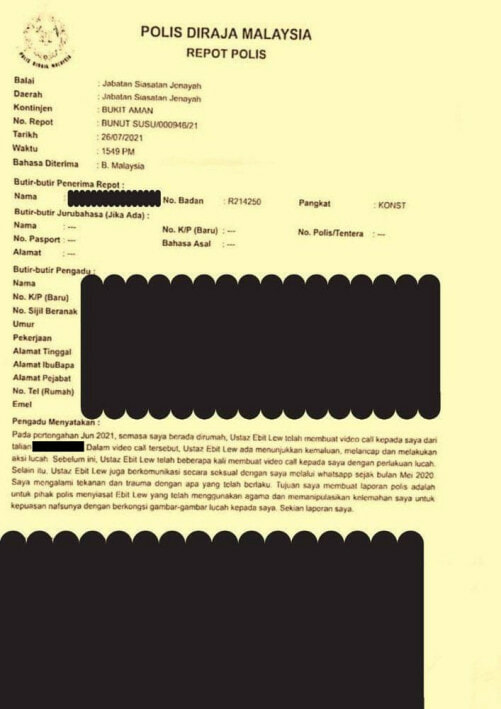 In the police report which was filed in August 2021, the alleged victim said,” Back in March 2021, Ustaz Ebit Lew had sent me sexual messages via WhatsApp and video call. During the video call, he showed his private part and performed lewd actions which were disgusting. I was shocked and immediately ended the call. He continued messaging me ever since March 2021.”

“I feel so mad and stressed due to his actions. I was scared that people wouldn’t believe that it’s him.”

The victim added, “In the end, I decided to make a police report so that the police can investigate and take action against him for taking advantage of his position as a religious celebrity.” 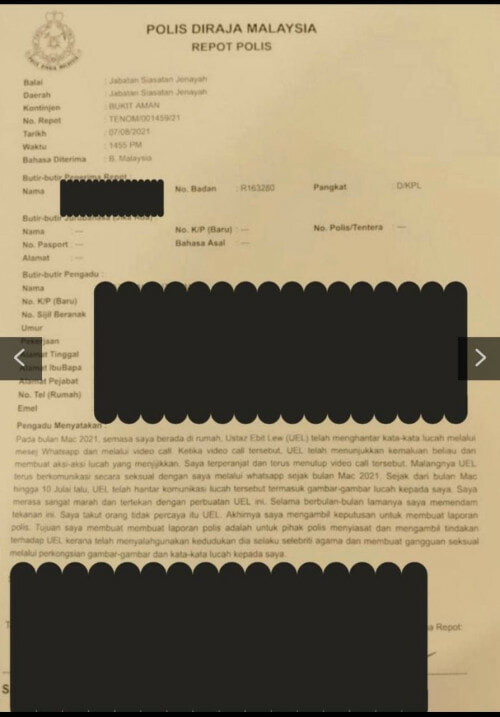 Let’s hope that a complete investigation will be performed in light of these claims and justice will prevail for either parties. 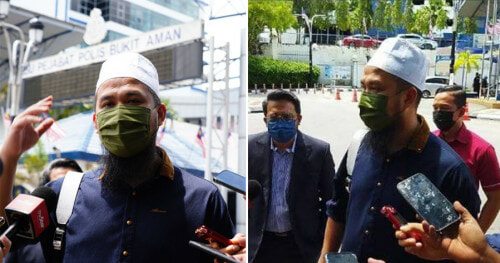