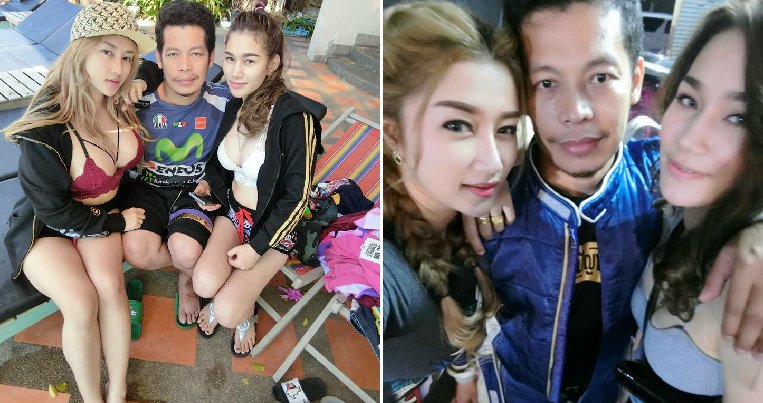 During the last Valentine’s Day, many couples took the opportunity to show off their lovey dovey photos on social media but this Thai family’s photo is next level. 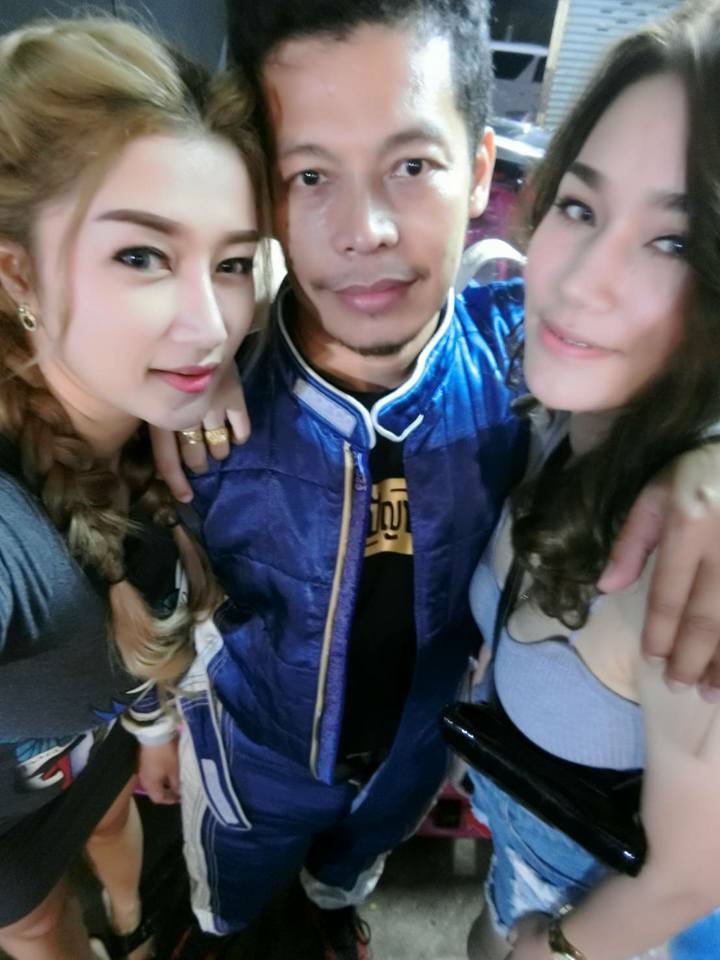 Warissara Poksrichan, 32, had posted a photo taken with her husband and another wife, which went viral on social media as netizens were envious of her husband having two beautiful wives. Looks like he is living almost every man’s dream! According to Coconuts, Warissara wrote, “People are bragging about their husbands on Facebook. Well, my husband happens to have two wives!”

You may think that life with two wives can get stressful but the husband, Manop Nuttayothin, 42, says that they have a happy and harmonious household. Wow! The Bangkok man said that he originally had three wives but sadly, his first wife had passed away. 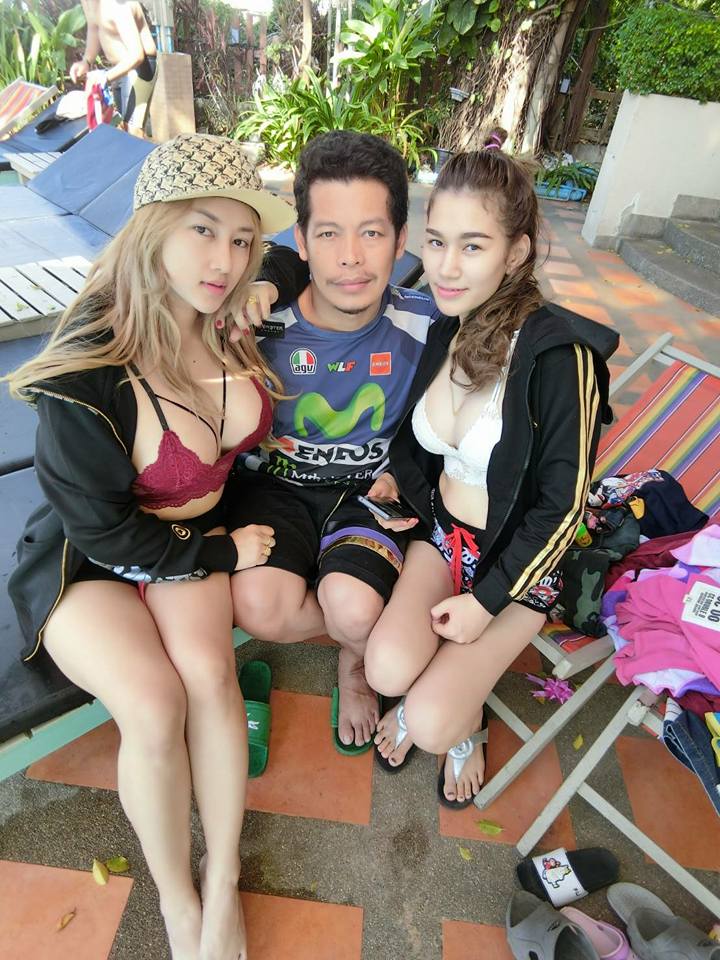 Warissara is his second wife and they have been together for more than a decade before he met his current third wife, 26-year-old Nattaya Tongpan, who became part of the happy family too. He has had three children with each of his wives, which means he has nine children in total.

Both of his current wives are happy with their husband and they also get along well with each other. “It’s been years and I’ve never changed my mind with you. The only thing that has changed is the size of our boobs, 600cc and 450cc. You love them,” Warissara joked about the breast augmentation she and Nattaya had. 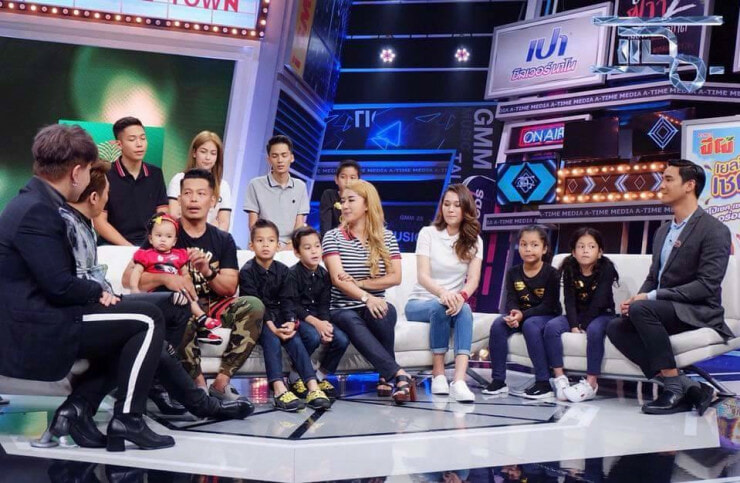 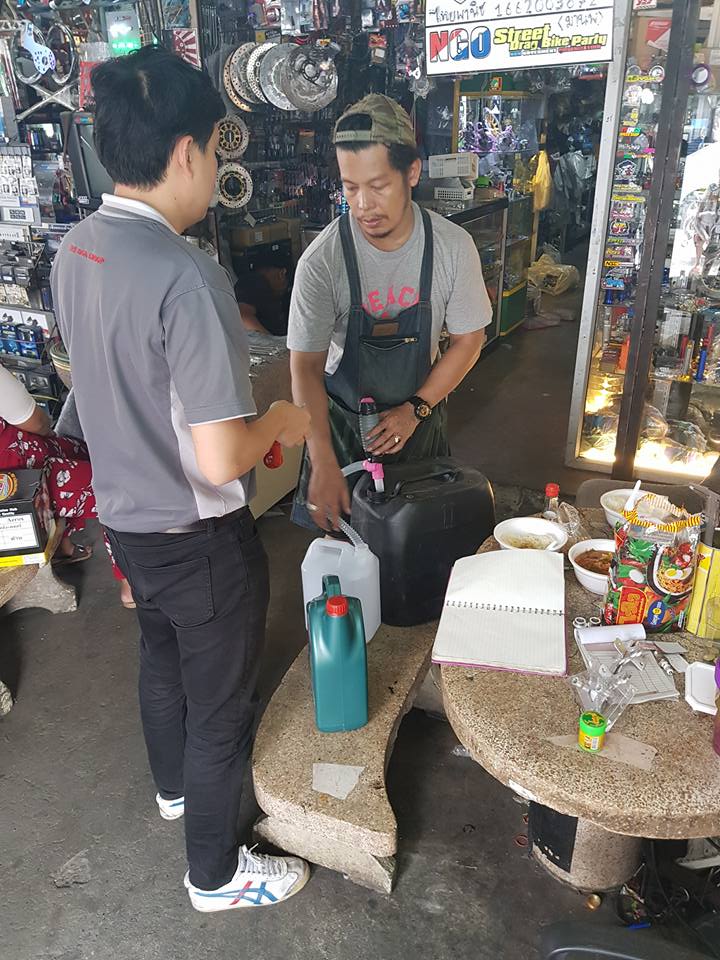 Their story impressed everyone so much that Thai media picked it up and even interviewed them for their secrets to a happy marriage. Manop says that he is really lucky to have had three wives and he keeps his household peaceful by resolving conflicts as soon as any arises.

He explained, “Sometimes it happens. I’ll overlook something and realise that I treated one wife better than the other. When I understand that’s a problem, I make sure I treat the two of them equally.”

“We do the same things. We do everything at the same time. It’s the best.” 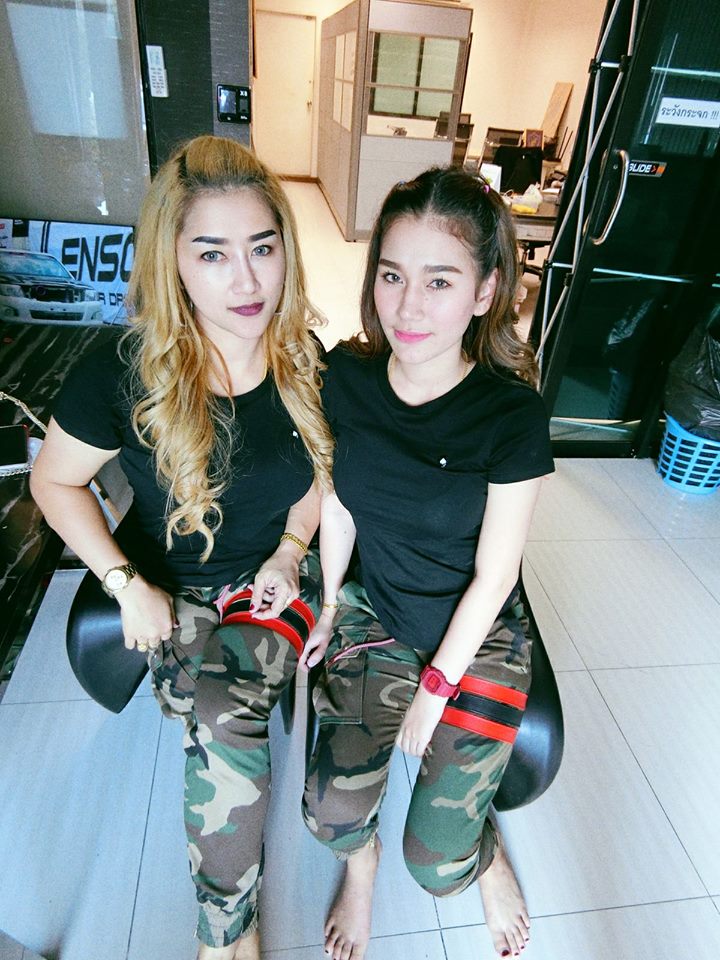 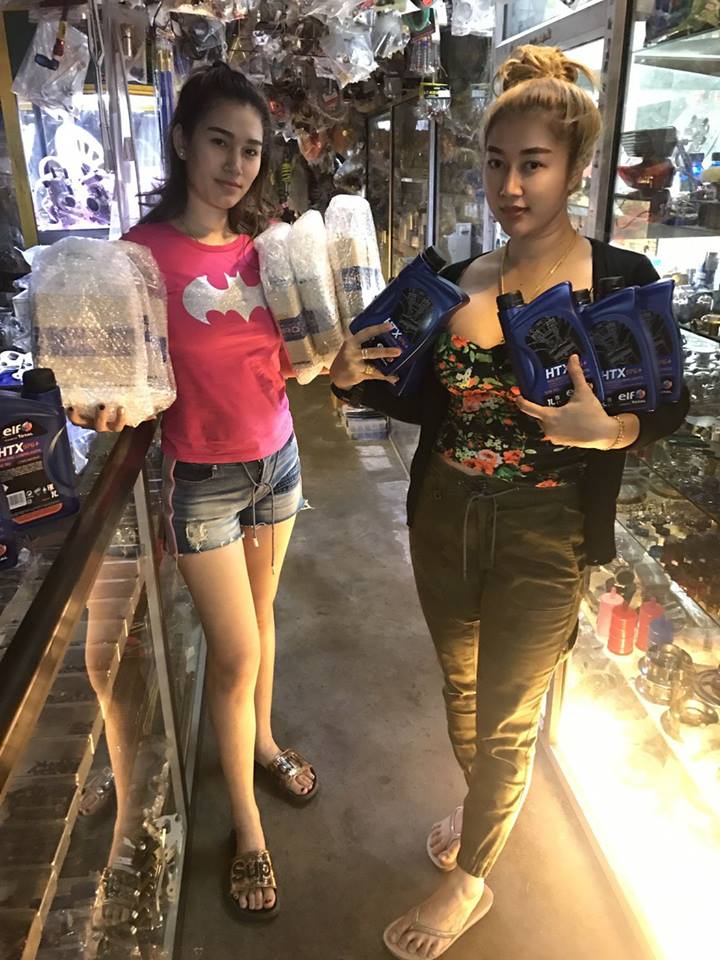 The two wives never fight as Manop treats them equally and fairly. “It’s all about understanding. We love each other. We care about each other. Because of that, we’re happy. I really believe so,” Warissara said. Both of them help out with Manop’s business by selling car parts at major racing events in Thailand. Although they earn a salary, Nattaya and Warissara said that he puts his kids first and invests in them.

Certainly an unconventional household but it works for them! 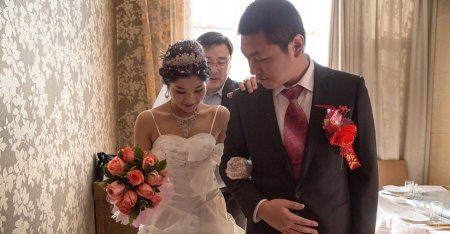