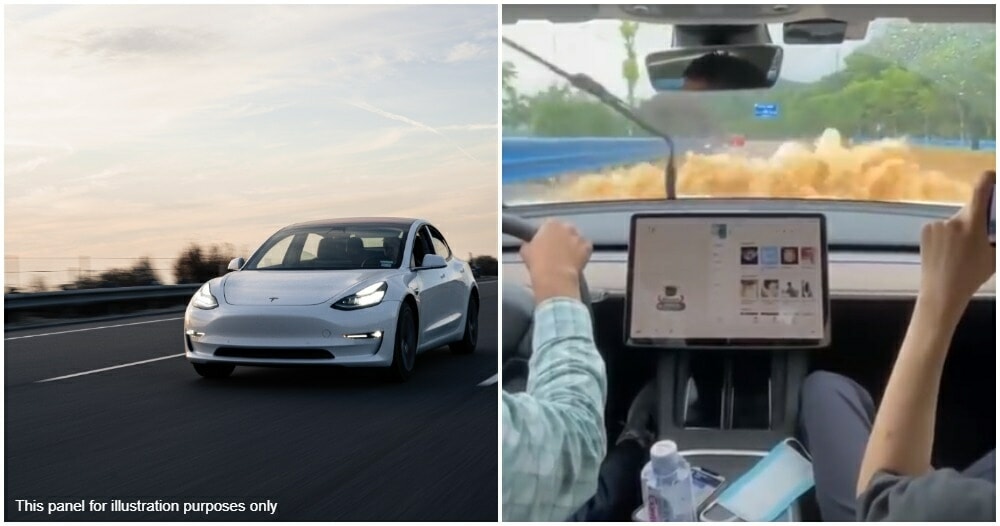 News of the Henan flood has been making its rounds online as it is believed to be caused by a record-breaking rainfall that took place between the period of 17-20 July. The Zhengzhou weather bureau said that the three days of rain matched a level seen only “once in a thousand years”, reported REUTERS. Videos of floods have been shared on all social media platforms but there is one in particular that stood out from the others.

The widely-circulated video with over 1,500,000 views is of a driver who is driving through a flooded highway in China according to a tweet. The waters seem to be quite high as they even splashed on the windshield as the determined driver powered his car through the floods.

Another Tesla seen from inside wading on a flooded highway in China. Not recommended but works. @elonmusk pic.twitter.com/EGnIrQKynK

Netizens have said that the act of driving through floodwaters is very dangerous as there might be currents that could sweep the vehicles away. Others commented on how the murky floodwaters do not show how deep the waters may be. 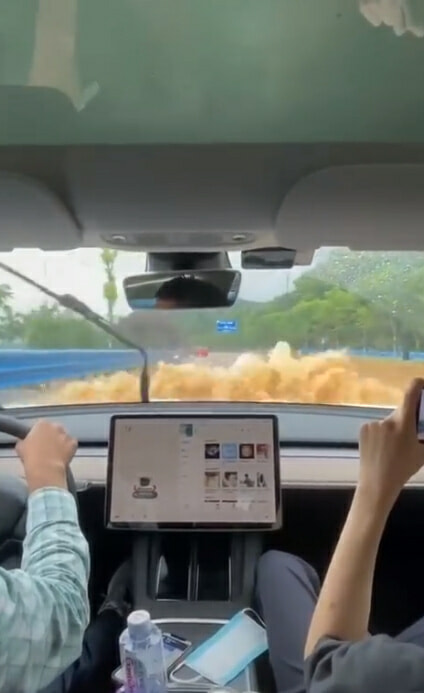 In a 2016 tweet, Elon Musk said that they do not recommend this but “Model S floats well enough to turn it into a boat for short periods of time.”

We *def* don't recommended this, but Model S floats well enough to turn it into a boat for short periods of time. Thrust via wheel rotation.

According to Business Insider, Elon Musk also said that the Model S has a “sealed battery and drive unit” which can keep water out and that the car “does not require an oxygen supply like most combustion engines to keep the car running”. 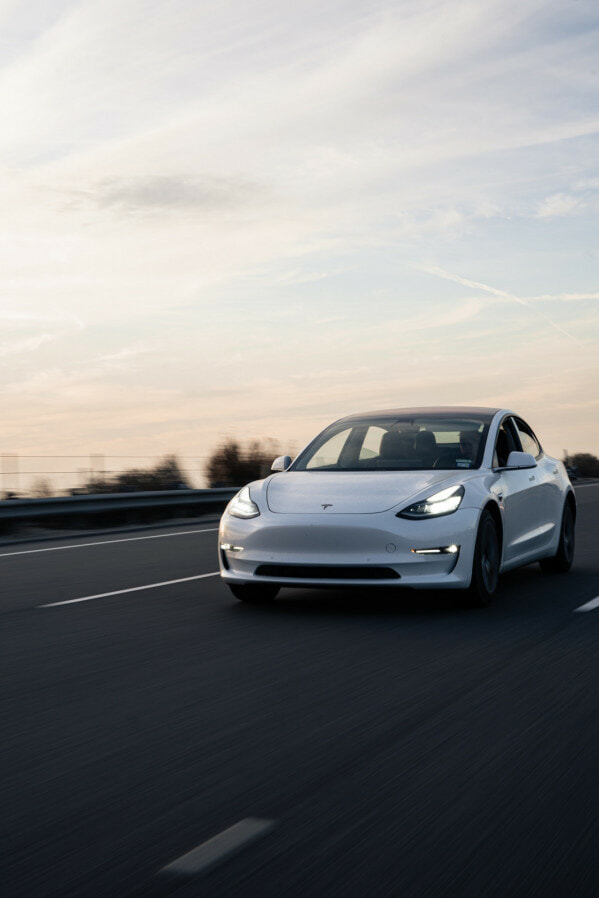 Many people have dubbed this the “boat mode” of Tesla Model S. But we can also see from the video below that Teslas are tested in flood conditions during their QC period.

This is certainly interesting! What do you think of this? Let us know in the comments!

Also read: Tesla’s Autopilot ‘Gives Up’ After Being Stuck In Vietnam Traffic, Asks Driver To Take Over 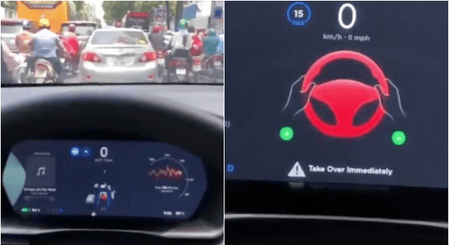