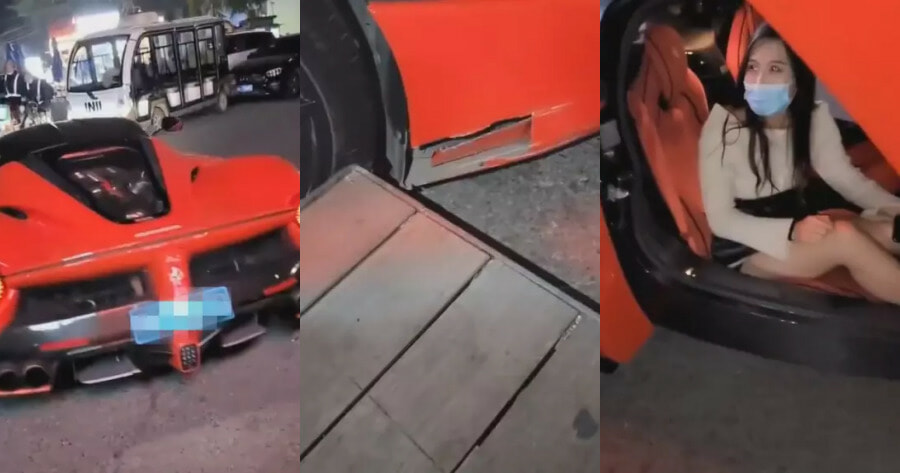 In this superficial society, many people are impressed by money and materialistic items. That being said, many men would then try their best by renting expensive cars or taking girls for expensive dinners to try and impress them.

Just recently, a man by the name Hua Zi has decided to borrow a Ferrari for his video content. It was said that the car he borrowed was worth around RM650k to RM1 million and the model he borrowed is a limited production mid-engine mild hybrid sports car (LaFerrari).

After Hua Zi borrowed the car, a girl was seen sitting next to him in the car. Unfortunately, the ride was cut short for the girl because when he took the corner, he hit a short platform and a loud noise came out from it.

When he crashed the car, many people started crowding the area and some were making comments saying that he was doing this to impress the girl.

Upon assessing the situation, it was apparent that a part of the metal has fallen off the car and the rims of one of the tyres was also scratched. Hua Zi had no choice but to call the owner and let him know about this. When the owner arrived, it was made clear that Hua Zi was actually filming a video for content and the owner of the car is his manager/boss.

As for the girl who was sitting next to him, she was a paid talent that was supposed to be featured in his content. The girl was promised a $5,000RMB (RM3,200) as a token and was told that she will still be receiving the money after despite the video being a failure.

Due to the car crash, the car that costs about a million ringgit has depreciated over RM150k overnight. The crash may seem minor but after assessing the car conditions, the total maintenance fee came up to $30,000RMB (RM20,000).

The depreciation of the car was valued at $200k RMB (RM130k) making the total loss of value at $230k RMB (RM150k). Thankfully, the owner was kind enough and only asked for Hua Zi to pay the repairing cost.

It’s important to know your own limits as driving a sports car would require much more control and attention to detail. Have you ever driven a sports car? Let us know in the comments down below. 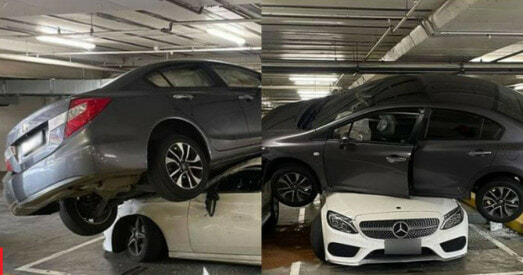