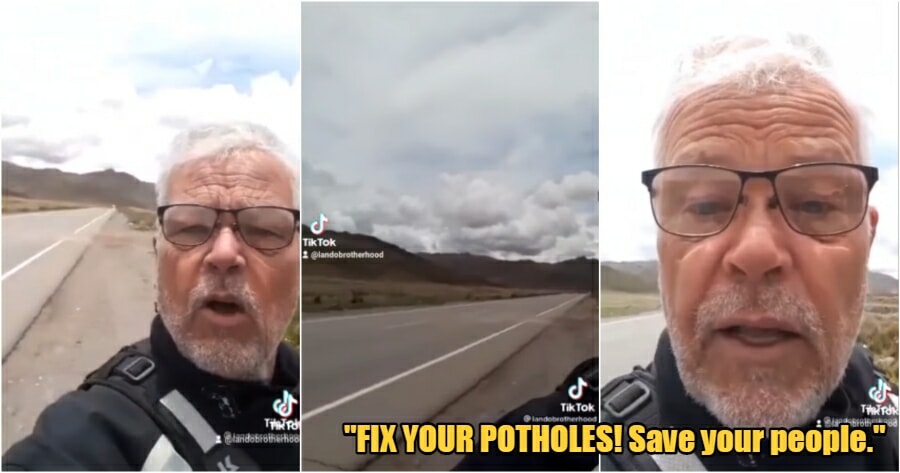 Malaysia has always been known for having roads covered in potholes, despite the public’s constant complaints. But who knew that our terrible roads would also receive criticism from foreigners?

The LANDO Zawawi – Brotherhood Malaysia Facebook page recently to his profile to showcase the representative of his Brotherhood group from Australia, who basically compared Malaysia’s roads to that of Peru’s, whilst also condemning the Malaysian government. He wrote, “Many have been asking who the 2 hardcore riders are, who have BROTHERHOOD stickers on their helmets and motorbikes.”

“Andy is the representative of BROTHERHOOD AUSTRALIA, the grandson of the founder of the Harley Davidson Riders Group in the United Kingdom. The young one is Toby, a riding writer and video blogger. They’ve ridden all over the world.”

In the video, Andy can be heard sharing how far they’ve gone on their motorcycles, the people they’ve met and where he was at the moment. 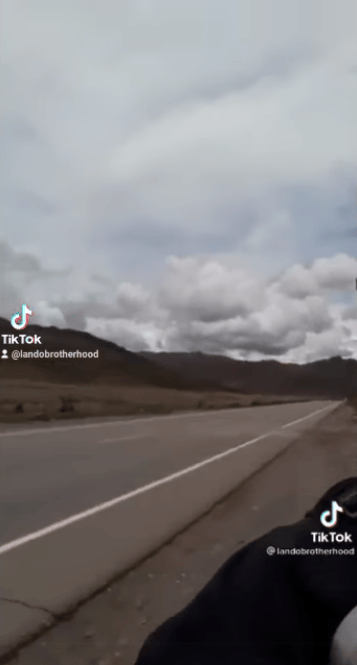 “We’ve been riding around on such beautiful roads. Look at this, beautiful roads in Peru. And it makes you wonder. How come Peru is a poor country, and can have these beautiful country roads where not many people go, and they look after their people,” he added.

He then proceeded to slam the Malaysian government for being unable to keep up with Peru’s progress.

“And the Malaysian authorities cannot even look after their own people while fixing their potholes.”

“You’re wondering why there’s no beard on Santa, because this is serious. FIX YOUR POTHOLES! Save your people,” Andy mentioned. 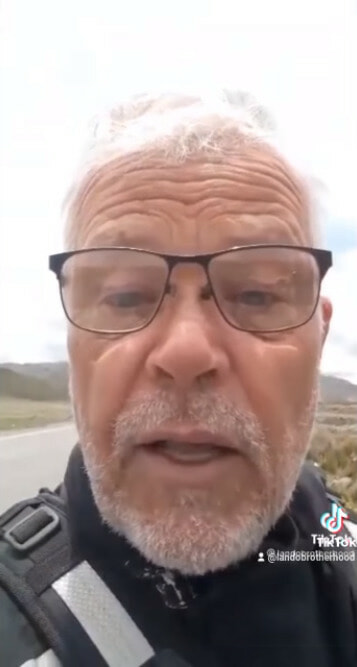 Andy’s words definitely hurts because it’s the truth. Malaysia is so riddled with potholes that locals have had to come up with ridiculous ideas on how to get the authorities’ attention to fix it.

We genuinely hope that the authorities take notice of this and step up their pothole-fixing game.

Do you agree with Andy’s message? Share your thoughts in the comments section. 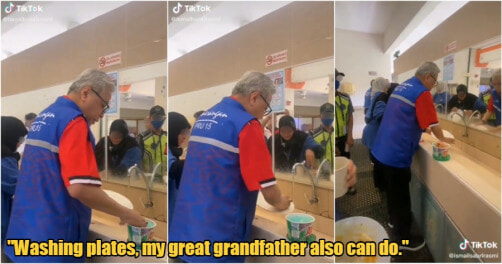