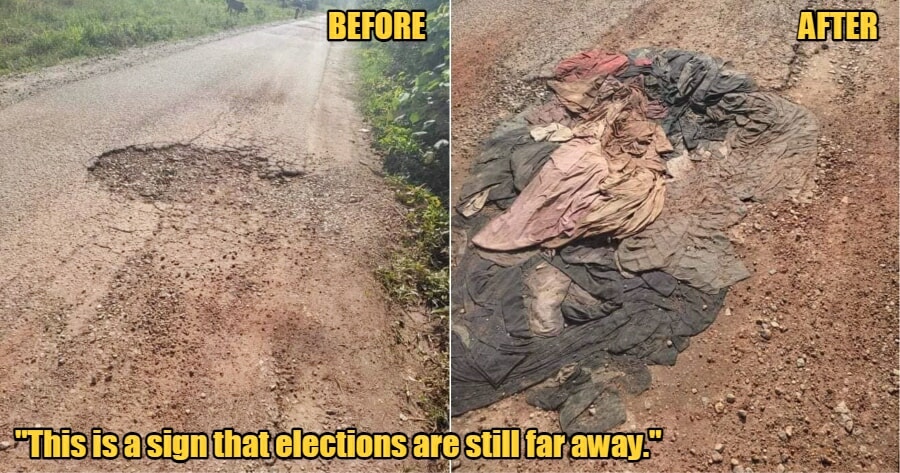 Potholes are one of the biggest issues which most Malaysians have to face on a daily basis. Another big issue is the process of getting the local authorities to fix them.

Sometimes, netizens have made their own initiative to fill in potholes by using the standard tools. However, at other times, they tend to get a bit more creative. 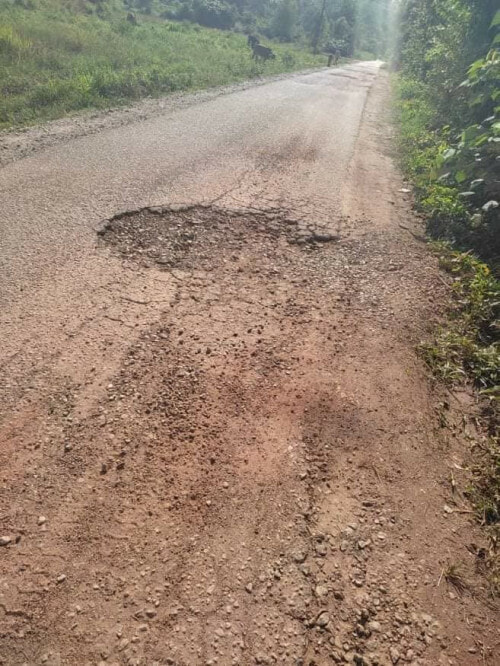 The post reads, “These are pictures of the roads in my village. It’s terrible. Bundle clothes are used to cover the potholes on the road.” 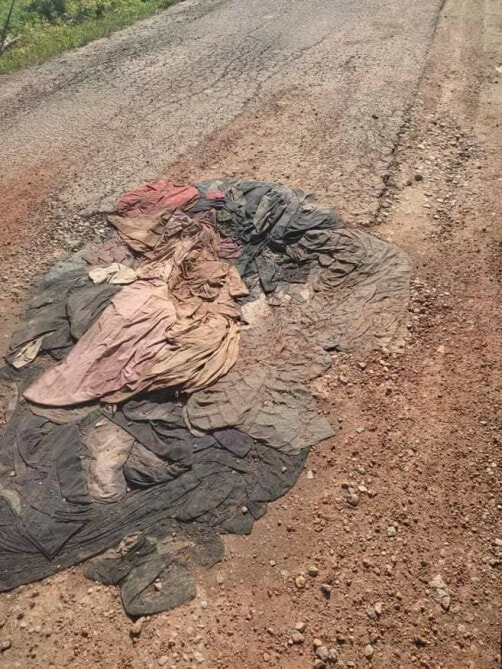 They added that the road pictured is Jalan Bukit Perah, in the direction of the Batu Karang intersection.

The initiative was praised by some netizens who called it creative and smart.

Others expressed their disappointment in the authorities

“This is a sign that elections are still far away.”

“Those that represent the rakyat should be more mindful,” commented a user.

Another user said, “Only when you call TV3 will the government fix the roads.”

Kudos to the residents for their creative initiative of using bundle clothes as pothole fillers.

Power to the people. Or simply doing the authorities jobs for them? What do you think? Share your thoughts in the comments section.

Also read: Kedah Folks Plant Banana Trees For Attention Because They’re Tired of Waiting For Potholes To Be Fixed 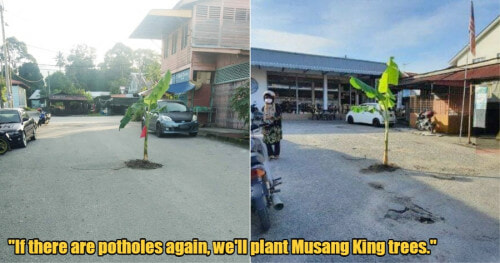