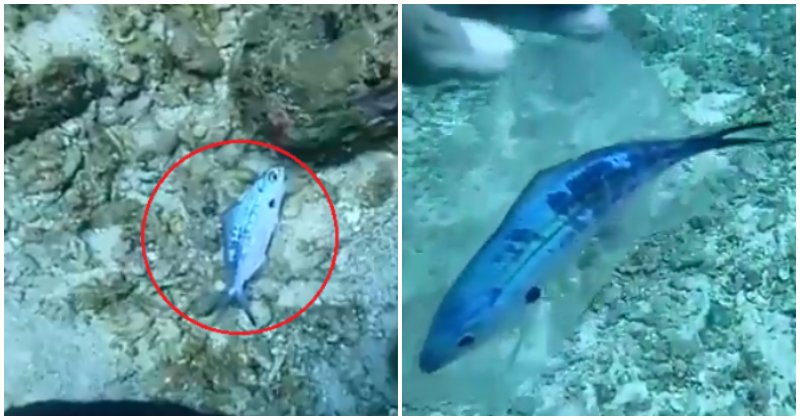 We recently mourned the loss of the poor Thai baby dugong, Miriam, who passed away due to having too much plastic in her system.

Unfortunately, based on the way things are going, she might not be the only one.

A video has recently surfaced on Twitter (though it was shot in February) that was taken off the Andaman Island shores of Thailand, and showcases a diver discovering a fish in distress. At first, it’s impossible to see why the fish was in so much agony, but when the diver took a closer look, it all made sense.

The fish was stuck in a clear plastic bag.

Hotradero captioned his posting with, “Fish in plastic,” then taking to his thread to explain, “An incident where a fish had gotten stuck in a plastic bag. It happened last February off the shores of Andaman Island, Thailand.”

The fish can be clearly seen struggling for its life and is unable to swim. The fish, probably looking for food, could have gotten into the plastic bag after it was thrown into the water while there were still food remnants in it.

Luckily for the poor fishy, the kind-hearted diver managed to wiggle it free from the plastic bag.

At this point, we might have to accept that plastics will always be a part of our everyday lives, but can’t we at least learn how to dispose of our used plastics or recycle them properly instead of just throwing it into the ocean?

This fishy was lucky enough to have coincidentally had a diver nearby that was willing to help it, but what about the rest of the sea life who are not so lucky, including Miriam, the little dugong?

Not to mention the amount of plastic that we, ourselves are currently ingesting through seafood and water. It’s only a matter of time before a human version of Miriam’s story surfaces.

Hotradero’s posting has since garnered over 28,300 retweets.

We’ve got to do something before it’s too late and the planet is consumed by plastic waste.

Also read: Rare Pygmy Whale Was Found Dead On Beach With Its Belly Filled With Plastic 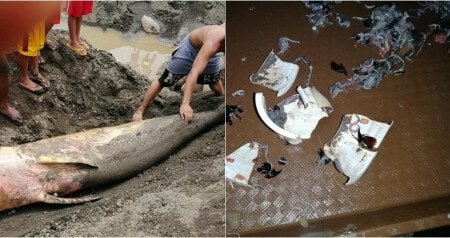