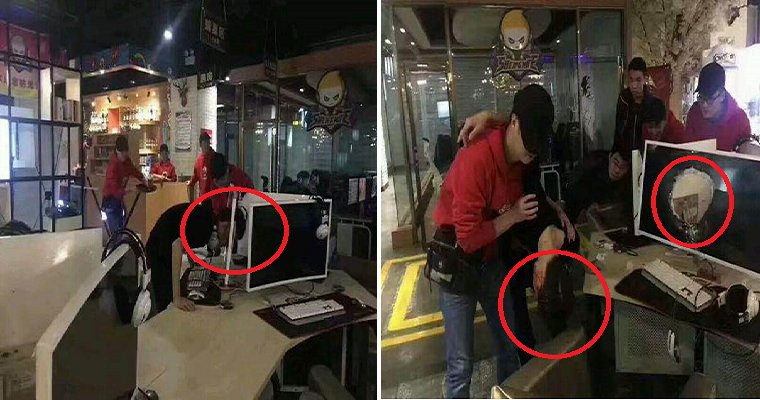 The game LOL (League of Legends) is no stranger to Malaysians and is wildly popular worldwide as well. The multiplayer game requires teamwork to fight together and beat the opposing team. Gamers usually spend a large portion of their time trying to achieve a high ranking in the game. 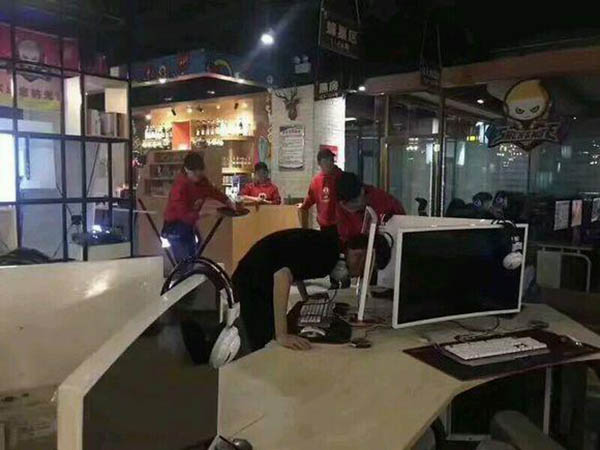 For one gamer in Lanzhou, China, he took this game very seriously and was supremely pissed off when his teammates caused his ranking to fall. And due to this, he vented his frustration by head-butting the computer screen at the Internet cafe where he was playing. I’m not even joking!

Photos of the incident garnered much attention online, where they revealed that there was really a round hole right in the middle of the computer screen. Apparently, his head was bleeding after the incident and the staff at the shop sent him to the hospital. 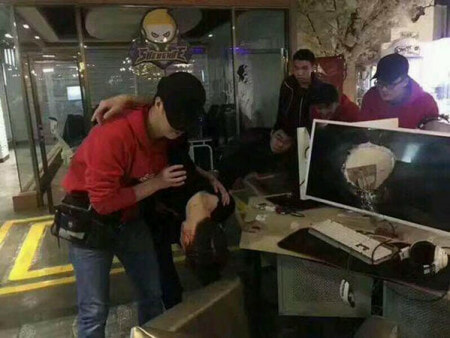 The staff also said that the damaged screen has since been thrown away. After the photos made their rounds on the Internet, many other gamers commiserated with him, and said they understood the pain of having such teammates.

They also said that this kind of anger is uncontrollable, while other netizens poked fun at him and commented that gamers should bring helmets whenever they want to play LOL.

Also read: Chinese Guy Insists On Gaming Even After Spitting Blood And Collapsing On Ground 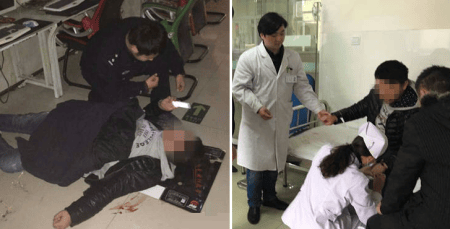