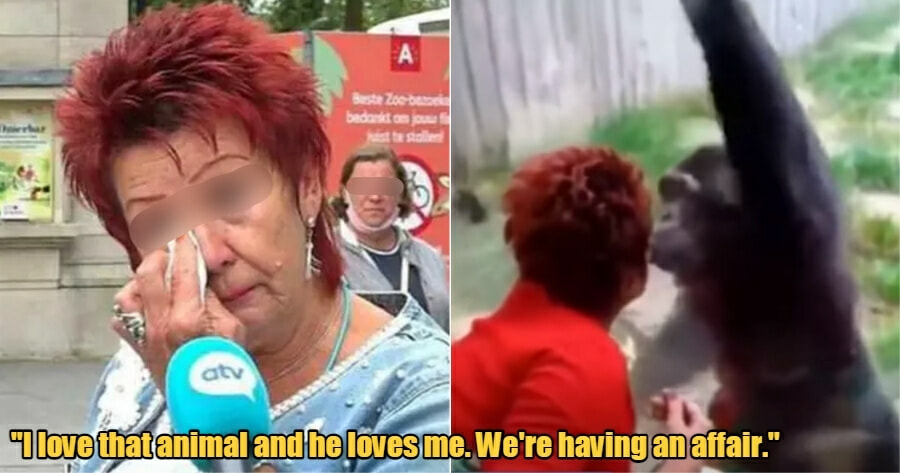 In what may very well be the most bizarre story of 2021 so far, a woman has been banned from seeing a chimpanzee at a zoo in Belgium after her ‘relationship’ with the chimp interfered with its ability to bond with its other fellow chimps.

Based on a report by Insider, Adie Timmermans had visited the 38-year-old male chimpanzee, Chita, every week for four years, and has since claimed that they are having an ‘affair’ after she and the chimp developed a strong bond with each other. 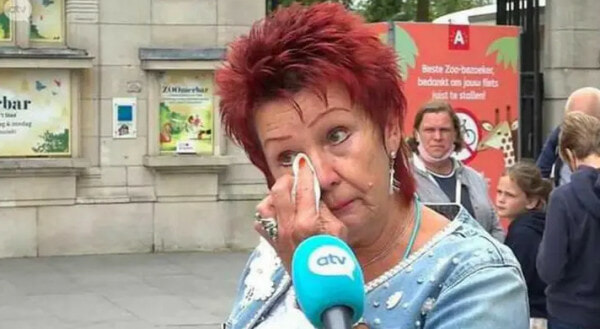 However, her ‘affair’ with the chimp caused him to be excluded by the other chimps in the enclosure, causing zoo officials to ban her from seeing him again.

“I love that animal and he loves me. I haven’t got anything else. Why do they want to take that away?”

“We’re having an affair, I’ll just say. Other dozens of visitors are allowed to make contact, but why not me?” Timmerman asked.

In certain instances, Timmerman could be seen blowing kisses to Chita through the glass of its enclosure. 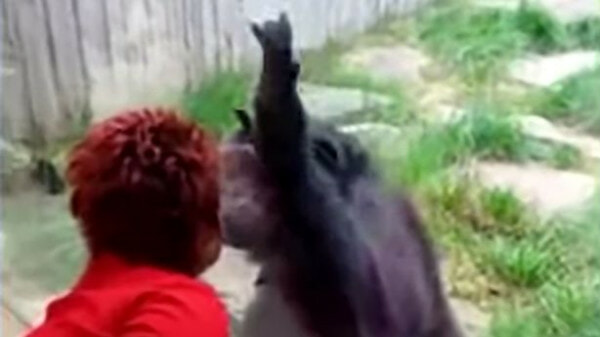 Antwerp Zoo shared that Chita had previously been someone’s pet.

“Of course we are happy when our visitors feel so involved with the animals, but animal welfare comes first here. Chita was brought to the zoo 30 years ago because he was a pet at the time and became unmanageable,”

“He learned chimpanzee behaviour from us, but the interest in humans has remained,” they said. 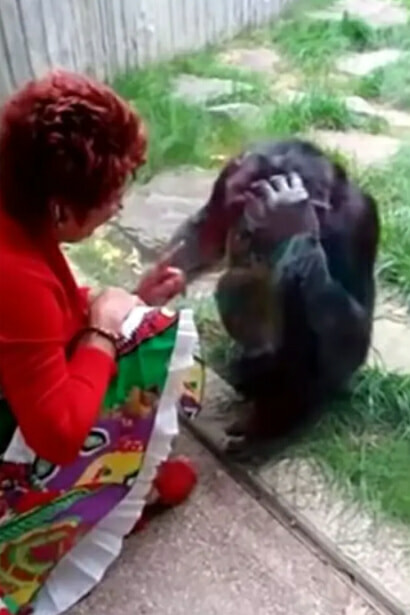 And apparently, Chita’s focus on humans has caused the other chimpanzees to have less respect for him.

“An animal that is too focused on people is less respected by its peers. We want Chita to be a chimpanzee as much as possible. Outside of visiting hours at the zoo, he has to manage 15 hours (a day) in his group. We want to give him the chance to be as happy as possible,”

“When Chita is constantly busy with visitors, the other monkeys ignore him and don’t consider him part of the group, even though that is important. He then sits on his own outside of visiting hours,” they told Timmermans.

While we feel for Timmermans, especially considering that she doesn’t have anyone else, the poor chimp also deserves to be loved and accepted by its fellow chimpanzees.

We genuinely hope that it all works out for both of them. 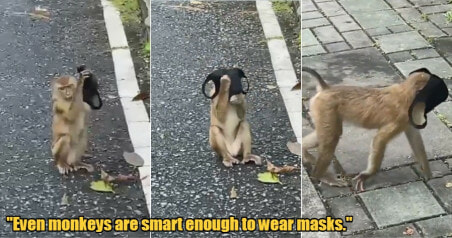