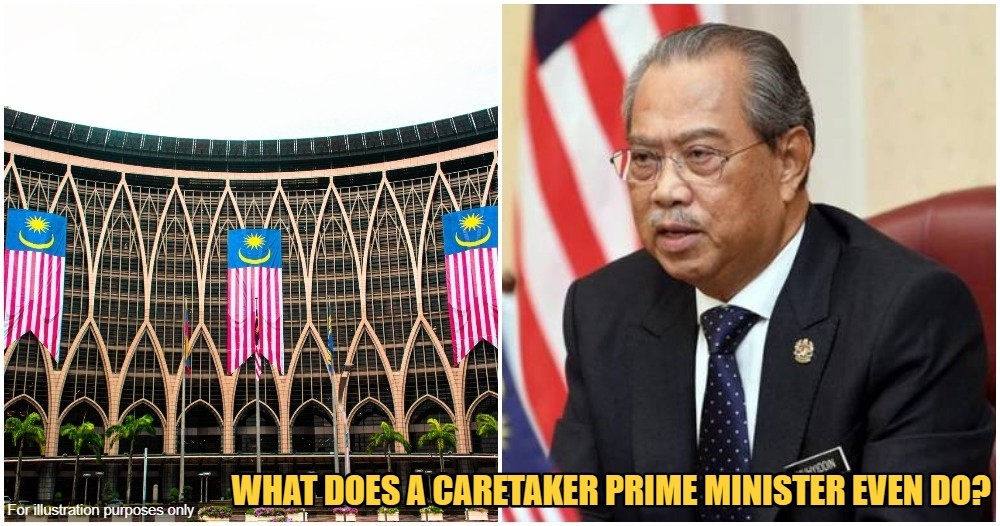 When Muhyiddin Yassin tendered his resignation, Istana Negara issued out a statement saying that he will remain as a “caretaker prime minister” until a new prime minister was found.

In a document sent out by the National Security Council on Telegram, the Attorney General’s Chambers said that there is no detailed explanation on the function and role of a caretaker government in the Constitution. 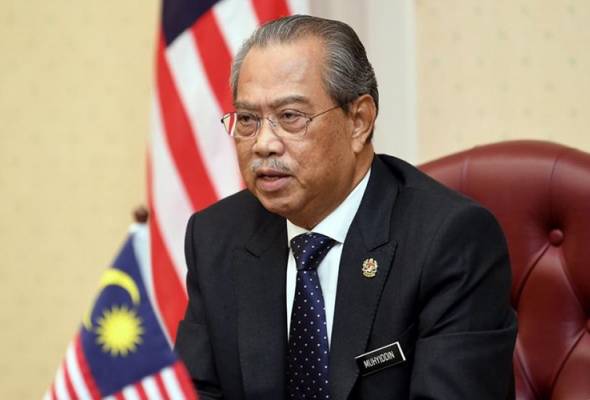 Based on the convention of democratic countries in the Commonwealth, a caretaker government only functions to govern a country before a new government is formed. With that said, it can only work to govern the administration of a country and it cannot make any decisions, make any policies or take any action that will create any financial implication and will burden the new government UNLESS it is done in the public interest. 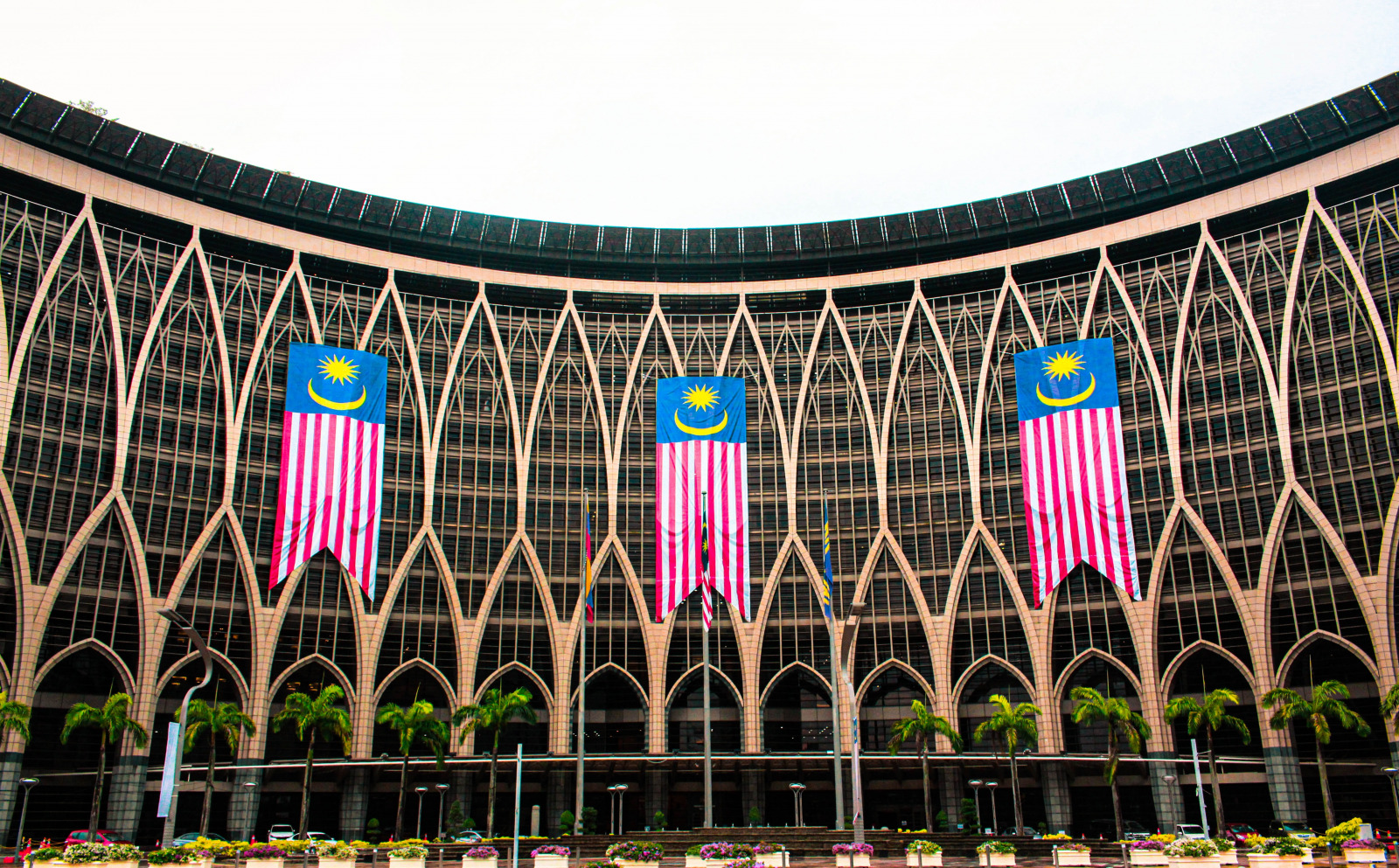 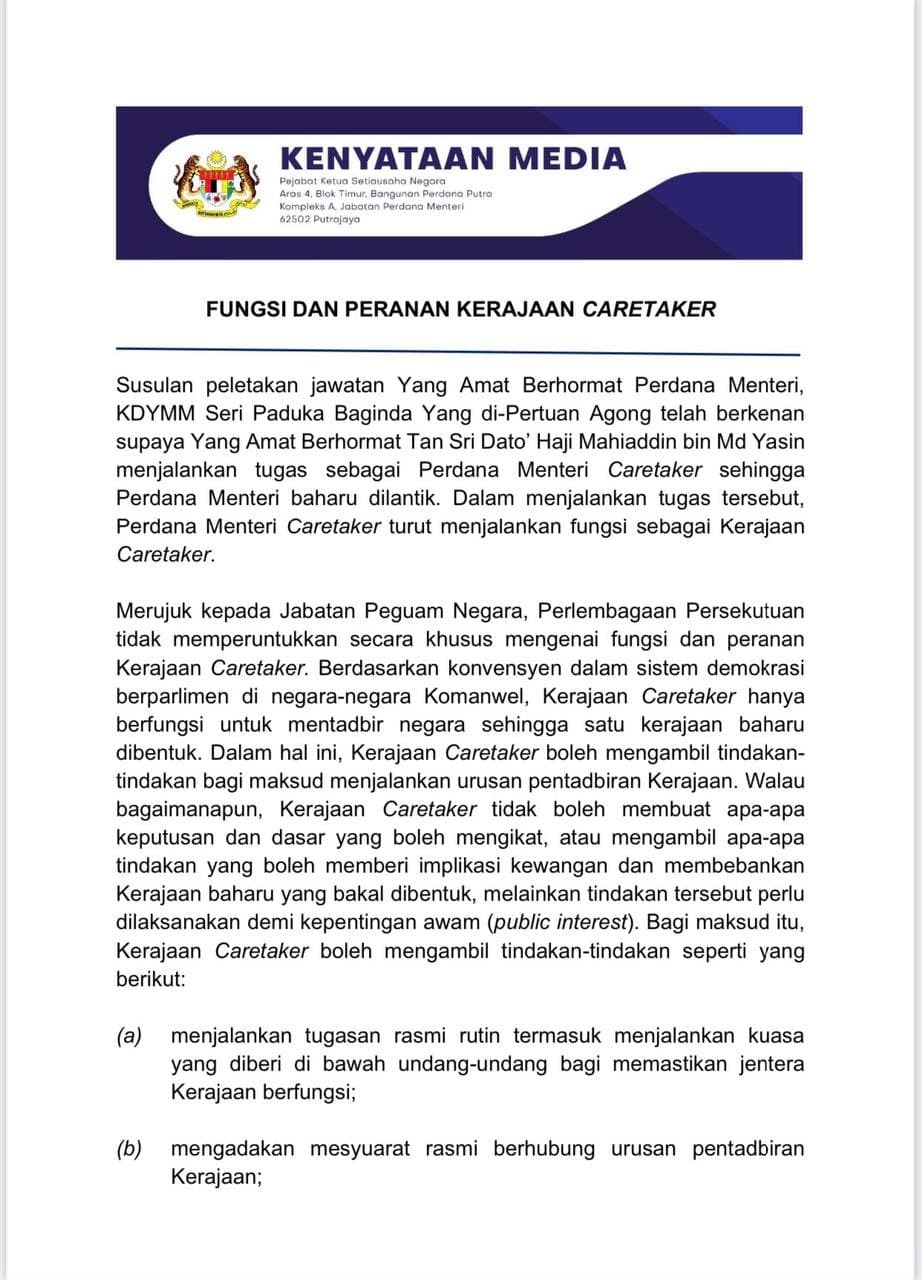 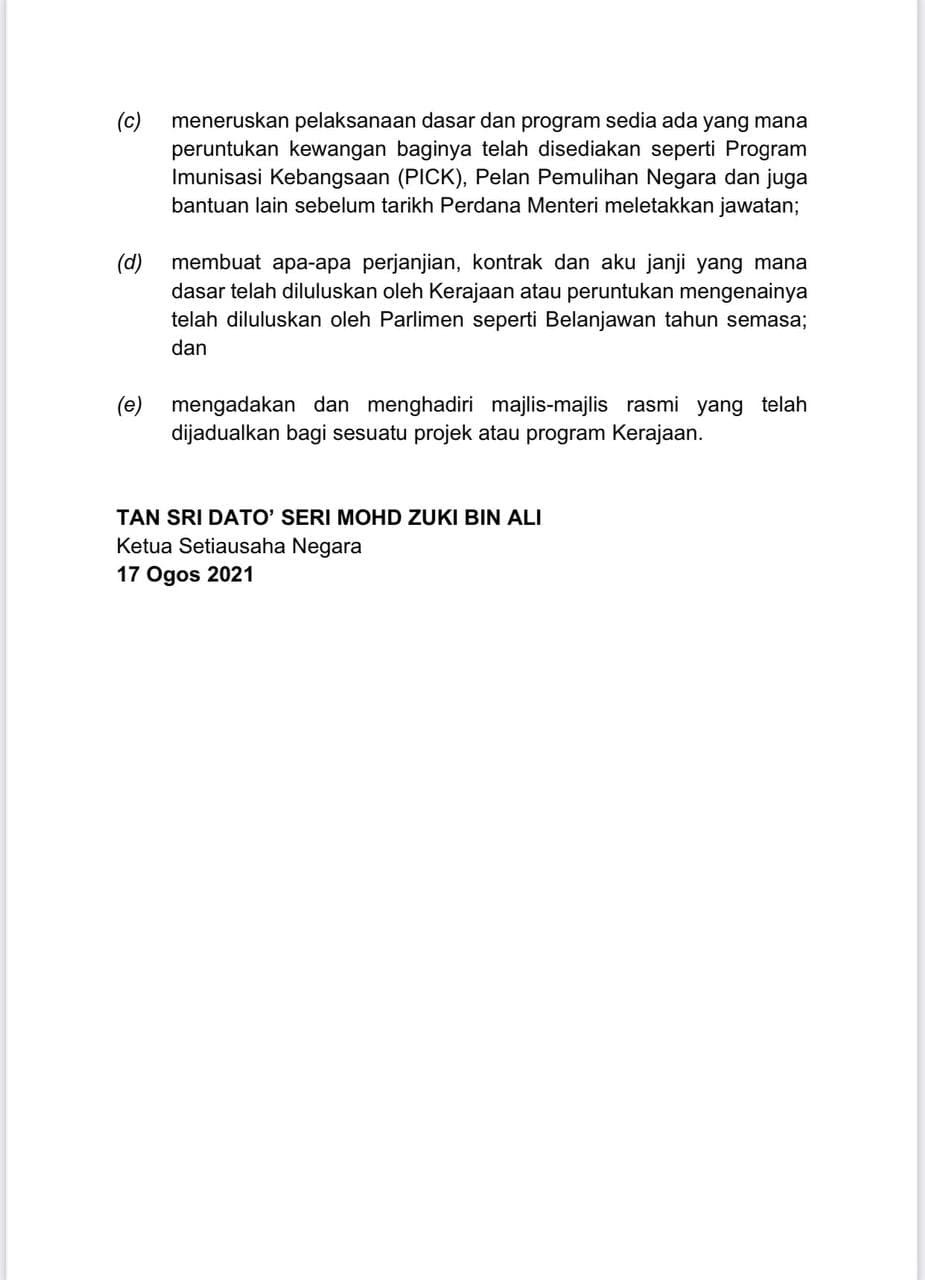 Here’s what a caretaker government can do:

According to the above document and its specifics, a caretaker government functions to keep things functioning without implementing anything new while waiting for a new government.

This is something that we did not know before!

Also read: The Biggest Question In M’sia Right Now, Who Will Be PM? Here Are The Possible Nominees 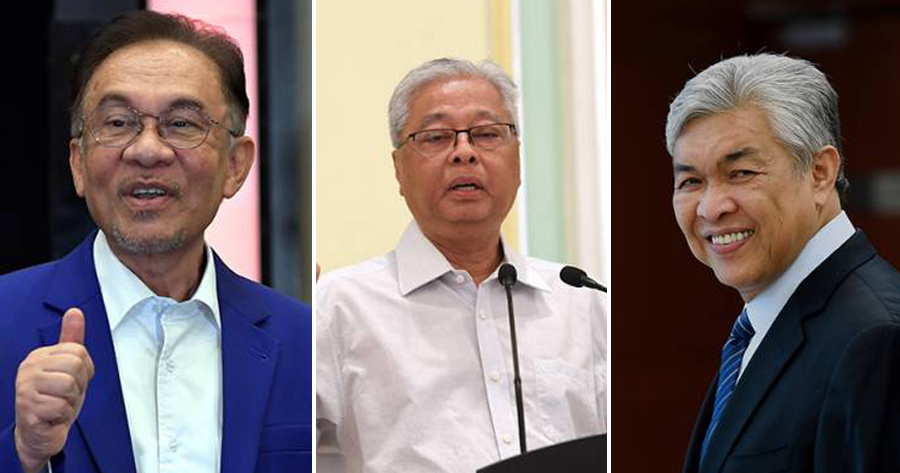