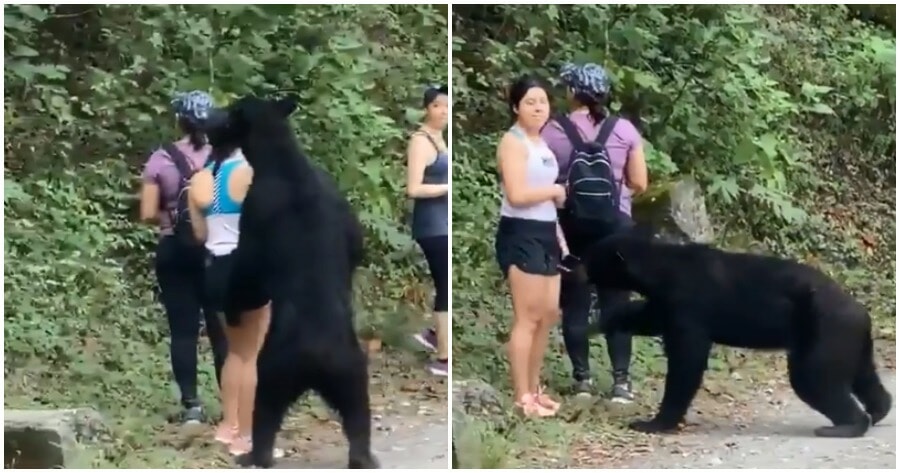 Anyone’s first instinct would be to run for their lives if ever a creature like a black bear approaches them, but not these hikers!

A video of three hikers has been circulating on social media platforms as they showed tremendous bravery when they stood their ground as a black bear snuck up to them when they were walking on a trail at Chipinque Ecological Park in San Pedro Garza Garcia, Mexico. 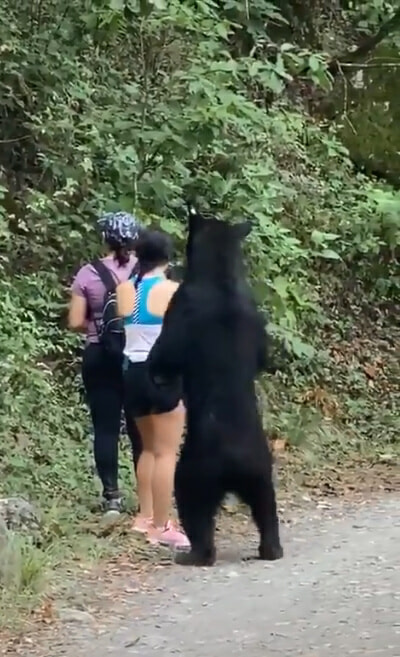 In the video, the black bear had appeared out of nowhere and approached the hikers who were careful not to run or spook the animal just in case it became aggressive, according to NZ Herald.

One even managed to take a selfie with it as it stood on its hind legs to sniff all over her. 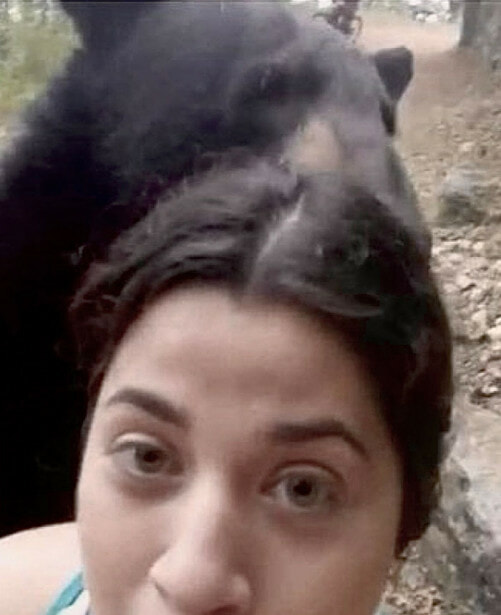 The hiker next to her seemed to be facing her back to the animal as if not looking at it would mean it didn’t see her either.

After about a minute of sniffing around and pawing at one of the women’s legs, the black bear casually walks away while the three women finally make a run for it.

Such an encounter with a wild animal is certainly frightening, but you gotta give it to these hikers who remained calm and let the bear do its thing.

What would you do in a situation like this? Let us know in the comments below!

Also read: Watch: PDRM & Delivery Rider Team Up To Save Injured Monkey On The Highway