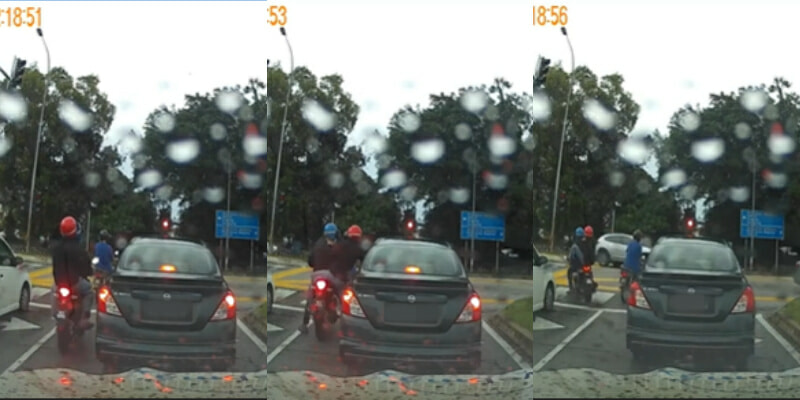 Snatch theft is rampant in Malaysia today, and when they happen, victims are made to pay the hefty price of physical injury, mental trauma, and monetary losses.

The case took place in Bandar Sri Damansara when a woman became the victim of snatch thieves that stole her handbag via her passenger side window.

The incident, which took mere seconds, was caught on tape.

As you can see from the footage, as the black Nissan stopped at the traffic light, two men on a motorbike approached the vehicle before the pillion rider wrestled the handbag from the victim’s possession.

Unable to react or chase the criminals, the black Nissan made its way in the opposite direction, probably headed to the nearest police station to lodge a report.

Netizens commenting on the post mention the importance of keeping possessions out of harm’s way – like placing them in the passenger seat while driving.

“These guys look like experts when it comes to breaking windows. Please stay alert and avoid placing valuables on the passenger seat.”

“We have been told of this many times.”

Let’s hope that the authorities can identify the criminal’s vehicle’s license plate and have swift justice brought on upon them. 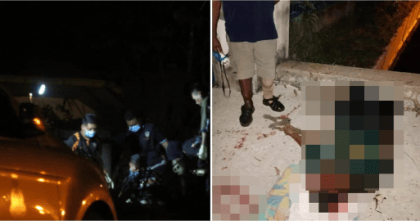