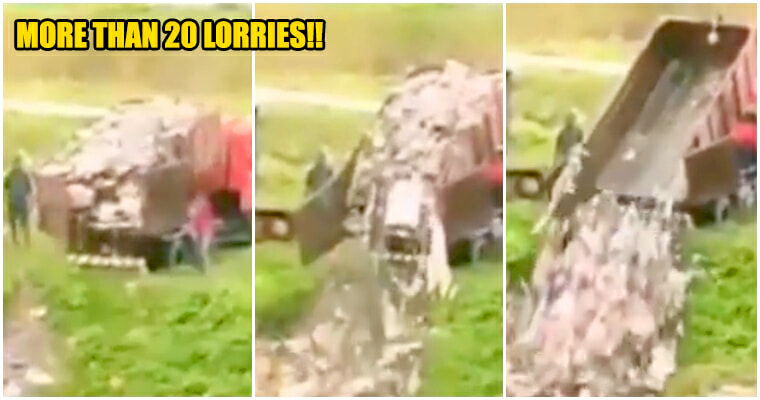 What’s the use of having a boat that ‘vacuums’ garbage out of the river if people are going to merrily throw it back in?!

As reported by Sinar Harian, a man who prefers to be addressed as Ahmad managed to record tonnes of garbage being casually dumped into Sungai Klang by irresponsible lorry drivers.

The 3-tonne lorry that carried domestic waste captured in the video was believed to have slipped into the area at Taman Medan through a gate nearby.

Allegedly, the site caretaker would allow certain lorries to pass through and litter there.

Ahmad stated that it has been 5 years since the activity started and although it stopped for a while, residents have observed that the lorries have started to moving back and forth from the site for a few days now.

“It started with only 5 lorries,”

“But it became worse as more than 20 lorries can be seen dumping their waste into the river without feeling any guilt.”

“Maybe they exploited public holidays with the idea that no authorities would work then,” said Ahmad.

He wasn’t sure whether the caretaker would collect money upon every entry or not. However, an excavator was prepared by the riverside to sweep remaining waste into the river, probably to cover up the illegal activity.

Ahmad insisted that something has to be done because the residents hate the sight of the river being polluted with tonnes of domestic garbage every day. Which stinks like heck.

“We have made a complaint before this to the land registry office but we don’t know whether they have taken any actions or not.”

“Complaints were also made to the local authority council member (PBT) but we didn’t see any action,” he ended.

Look, even if we don’t draw water directly from the river, it doesn’t mean that polluting it doesn’t affect us. That’s literal tonnes being dumped in. Stop being a Sampah Masyarakat. Someone, please jail them already!

Also read: The Klang River is Being Cleaned Up by This 25-Year-Old Dutch Inventor’s High Tech Boat 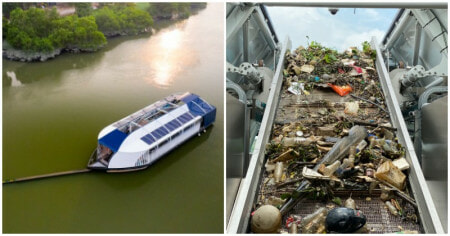