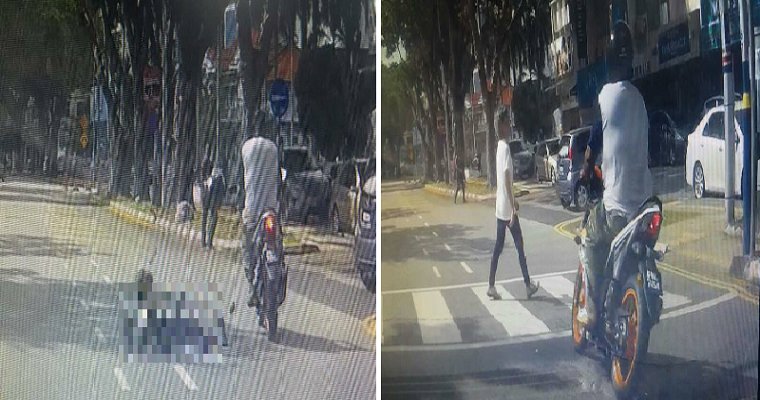 Yesterday, social media was in a frenzy when a video of a dashcam recording was shared by Yuan Loong. The video depicted a middle-aged woman crossing the road at the zebra crossing when she was shockingly hit by a motorcycle who ran a red light.

The 58-year-old woman was identified as Foo Swee Wah and is believed to be a nearby coffee shop operator. The incident which happened at about 10am at Burma Road, near the Pulau Tikus police station caused Foo to sustain heavy head injuries and a broken leg. 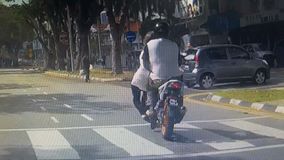 “The crossing light was already showing the green man signal, and all other vehicles had stopped to obey it. However, a motorcycle continued to weave in between the stopped cars and accelerated past them, straight into the woman who was crossing. She crashed to the ground and hit her head on the road.”

The impact caused the motorcyclist to lose his helmet but he sped off after the crash, resulting in a hit-and-run accident, as the motorcyclist did not make a police report within 24 hours.

Unfortunately, the woman has succumbed to her injuries and passed away at 8.45pm last night. 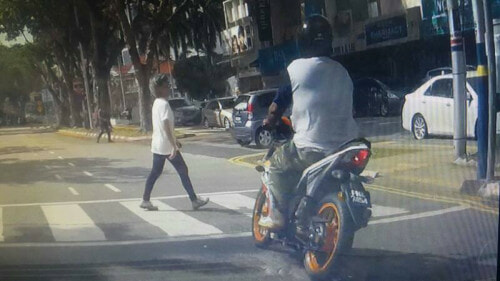 Penang police chief Comm Datuk Wira Chuah Ghee Lye said they are investigating the accident and have identified the suspect based on his motorcycle registration number obtained from the video footage.

“We are now tracing him for questioning,” Comm Chuah said. 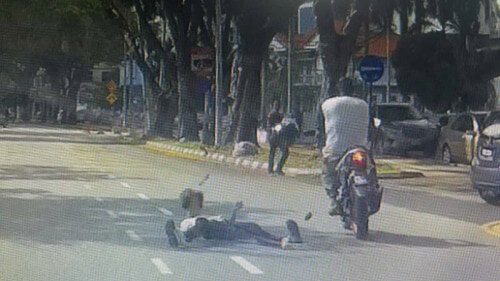 The case is being investigated under Section 43(1) of the Road Transport Act for careless and inconsiderate driving, which carries a maximum 1 year’s jail and RM10,000 fine.

The police said that they have arrested the suspect as he went to Penang Hospital for treatment as he also suffered injuries due to the accident.

It’s seriously upsetting how ONLY crossing a road could result in such disaster. 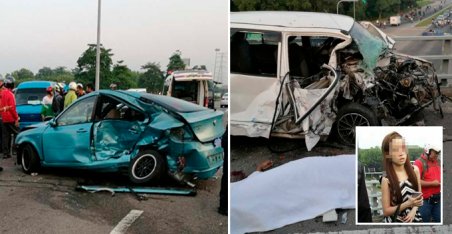