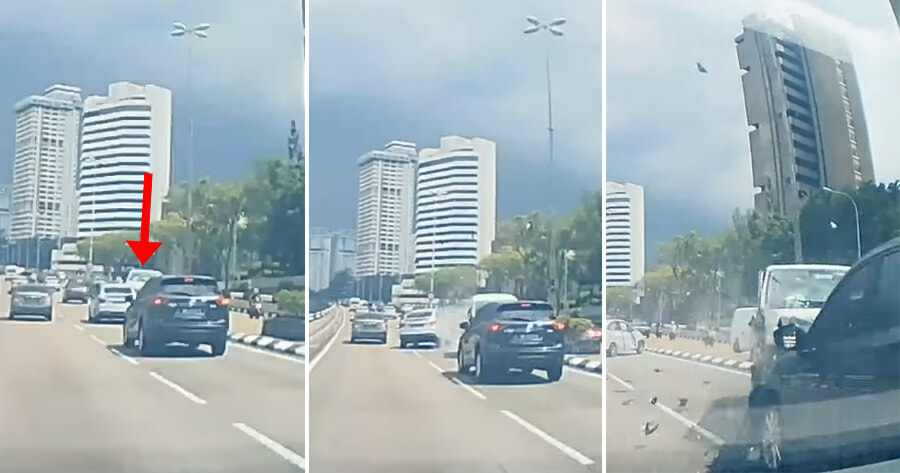 Disclaimer: This article contains videos and images that some might find distressing. Reader discretion is advised.

A van was caught on video entering the opposite lane and crashing into several cars near Bank Negara.

The incident happened on 4 May at about 2.40pm.

From the dashcam footage uploaded to the Facebook page, KL 吹水站, moderate traffic can be seen moving along the road when a white van crosses the divider and crashes into a white Proton Persona before crashing into a Mazda CX-5.

The impact of the collision caused the Persona to enter the opposite lane as the CX-5 was propelled backwards by the van.

Netizens in the comment section speculate that the driver could either have fallen asleep or was using the phone while driving. Other netizens noted that the van was driving at a very high speed.

It is uncertain if a police report was made regarding the incident or if the drivers sustained any injuries as further information has not been made available at the time of writing. 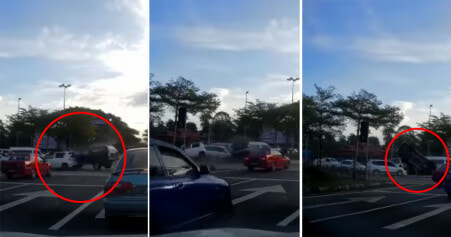