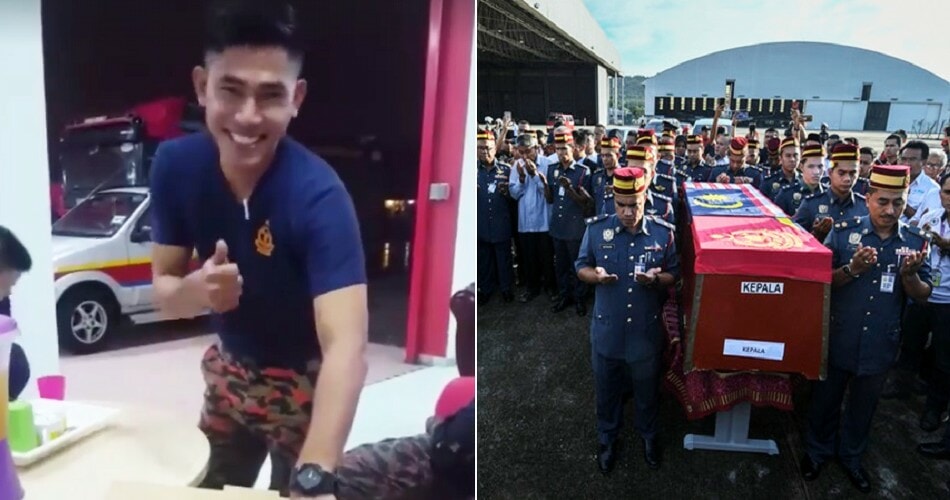 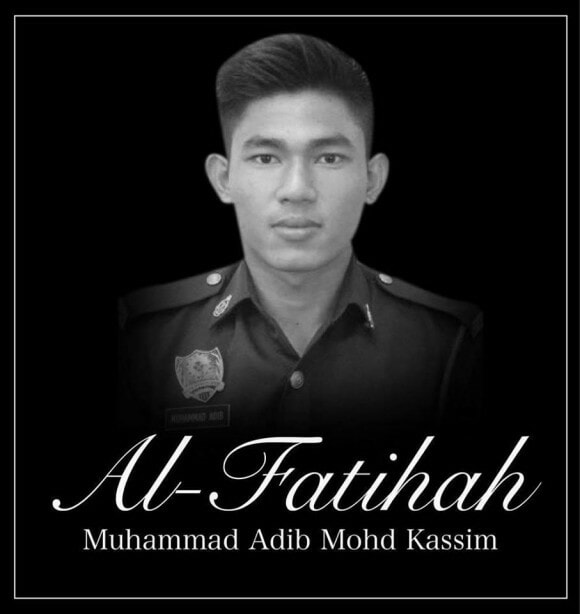 As the entire nation mourns over this tragic loss, a video of Adib celebrating his birthday went viral on social media. The video which is believed to be his last video before his tragic death, was posted by Friends of Bomba Malaysia onto their Facebook wall.

At the time of writing, the post has gotten over 1k shares and 313 comments. You can watch the video of Adib celebrating his final birthday with his fellow firemen below:

The video was accompanied by a short message that said,

“The late PB Muhammad Adib. A shy person. Hopefully, you’re at peace there (in the afterlife).”

In the video, Adib who was dressed in his bomba uniform can be seen being adorably shy when his colleagues asked him to cut his birthday cake as they cheered him on. The 19-second video also shows Adib grinning at the camera while cutting his cake as he gave a thumbs up. 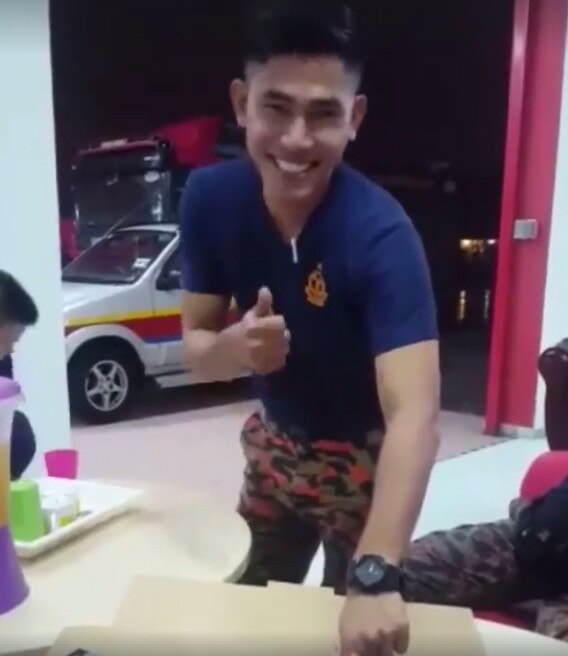 Meanwhile, the late Adib has already been buried in his hometown at Masjid As-Saadah cemetery, Kampung Tebengau, Kuala Kedah at around 1.45pm.

FYI, the fallen comrade had also been promoted from grade KB19 to KB22 by “posthumous” with immediate effect. The promotion is intended to lessen the burden of the deceased’s family in terms of pensions. Good call! 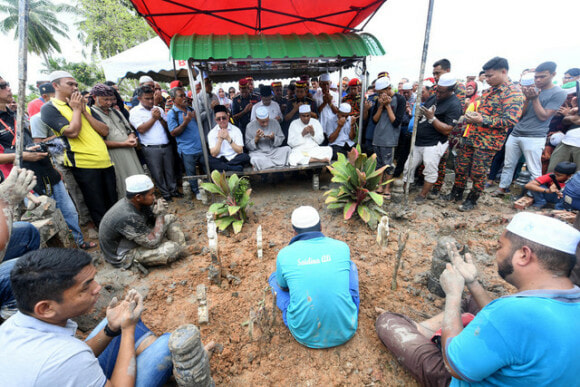 Adib’s death is certainly a loss to the country and the Fire and Rescue Department of Malaysia. We hope that his loved ones will stay strong during this difficult period. RIP Adib. 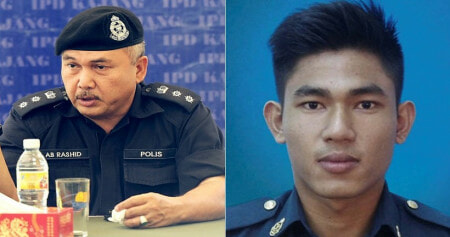