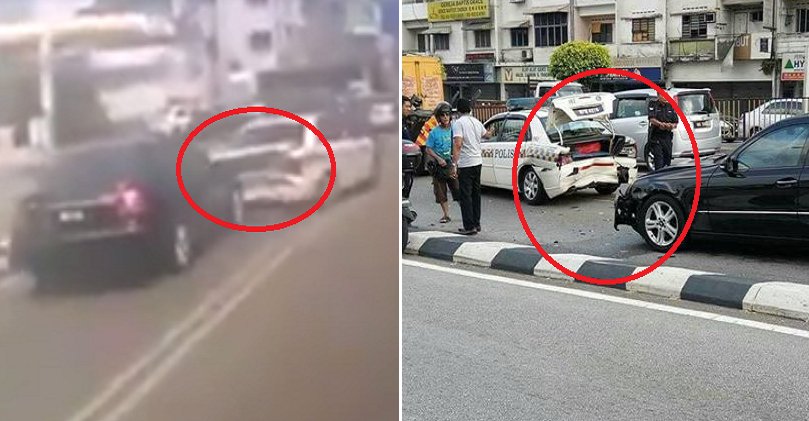 Car accidents are unfortunate and can happen due to many reasons. However, a recent car accident that happened went viral in social media because it involved a civilian’s car crashing into a police car. Yes, an actual Malaysian police car! 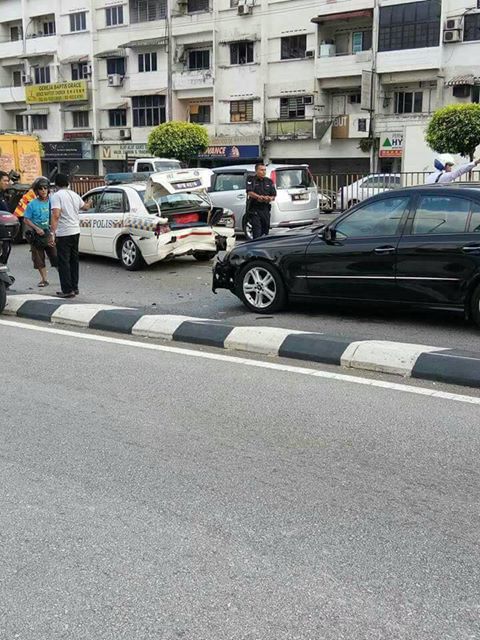 According to a Facebook post, apparently the incident happened on Friday, 21 July around 3.30pm at Jalan Loke Yew when a Mercedes sedan crashed into the back of a police car which was stuck in traffic. A dashcam recording captured the moment of impact and the damage done to the police car looks to be rather severe.

Harian Metro reported that the collision caused the police car to ram into the car in front and both of the police officers who were in the car to sustain injuries to their legs. Both of them were sent to Hospital Kuala Lumpur for further treatment. 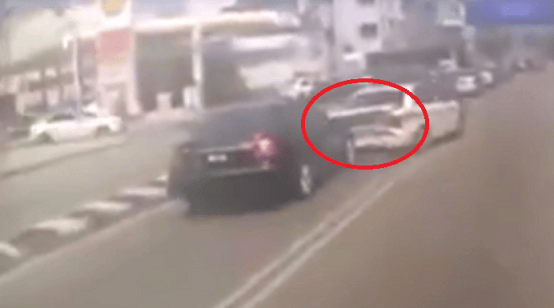 Apparently, the Mercedes was driven by a 47-year-old man, who appears to not have noticed that there was a traffic jam in front and he couldn’t stop in time. Some netizens who commented on the video speculated that he could have been using his phone and that was why he wasn’t paying attention the the road.

However, the police said that they will investigate further on the accident to determine its cause.

Always be alert and be careful while driving, people! 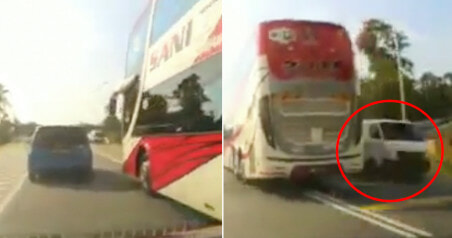